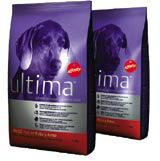 Wolff Olins has whistled up a new name for Spanish pet food giant Gallina Blanca Purina, as its owner Agrolimen puts on an English accent to broaden its appeal.

The rebrand is the culmination of a 12-month project by the group, which won the work in May 2002 after a four-way pitch against Landor Associates, Pentagram and Spanish group Summa.

The revamped identity, bearing the name Affinity, will be applied across Europe as an endorser marque to product brands including Advance, Ultima and Dog Chow.

The rebrand reflects a decision to opt for a more creative strategy following a series of acquisitions, says Affinity Petcare chief executive Carles Argente. The new name is based around ‘well-being’ and the ‘strong natural chemistry’ between pets and their owners.

Wolff Olins consultant Valerie van den Bossche adds, ‘It’s a simple and memorable name with emotional connotations, spanning the concepts of happy in mind, healthy in body and enriching in relationships. It refers to more than just the vitality of the pet; it encompasses the bond between pet and pet owner.’

Wolff Olins director John Williamson says the brief involved resolving a ‘complex and disparate puzzle of assets’ into a single organisation ‘driven by a common vision’.

Ben Romans was creative director on the project and Wolff Olins is now working on implementation.

Getting past receptionists is easier said than done

Executive airline takes to the skies

Executive airline takes to the skies