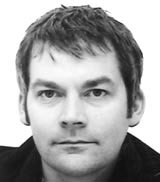 BBC Scotland has appointed Graven Images to design the interiors of its David Chipperfield-designed headquarters, which is due to open in Glasgow in 2007.

The Glasgow-based consultancy was appointed to the project worth £4m in total fees last week, following a three-way pitch against DEGW’s Scottish office and architect Sevil Peach Gence Associates.

Situated at the former brownfield site Pacific Quay, the building will house 1200 BBC staff from the organisation’s complete range of broadcast services, from television and radio – Radio Scotland will be housed there – to its production and outside broadcast facilities.

Graven Images director Ross Hunter says the consultancy has been tasked to look at public and non-public spaces in the building, including workspaces, meeting areas and a huge reception area that will be open to the public and is likely to include a cafÃ©.

‘The concept for the building is about establishing a creative community. The BBC is a creative organisation and we want to reflect this through our design work, as well as support the people who will work there,’ says Hunter.

BBC head of interior design John Dee says the BBC made a longlist of nine groups, and invited a shortlist of three to a final pitch.

‘First and foremost, we were looking for a consultancy that we were comfortable working with. The fact that they are Glasgow-based is a happy bonus,’ says Dee. ‘They will oversee a budget of £4m,’ he says.

‘This is a very substantial project for us. We’ll be re-housing our Glasgow headquarters into an office designed to allow smoother and more fluid working practices,’ adds Dee.