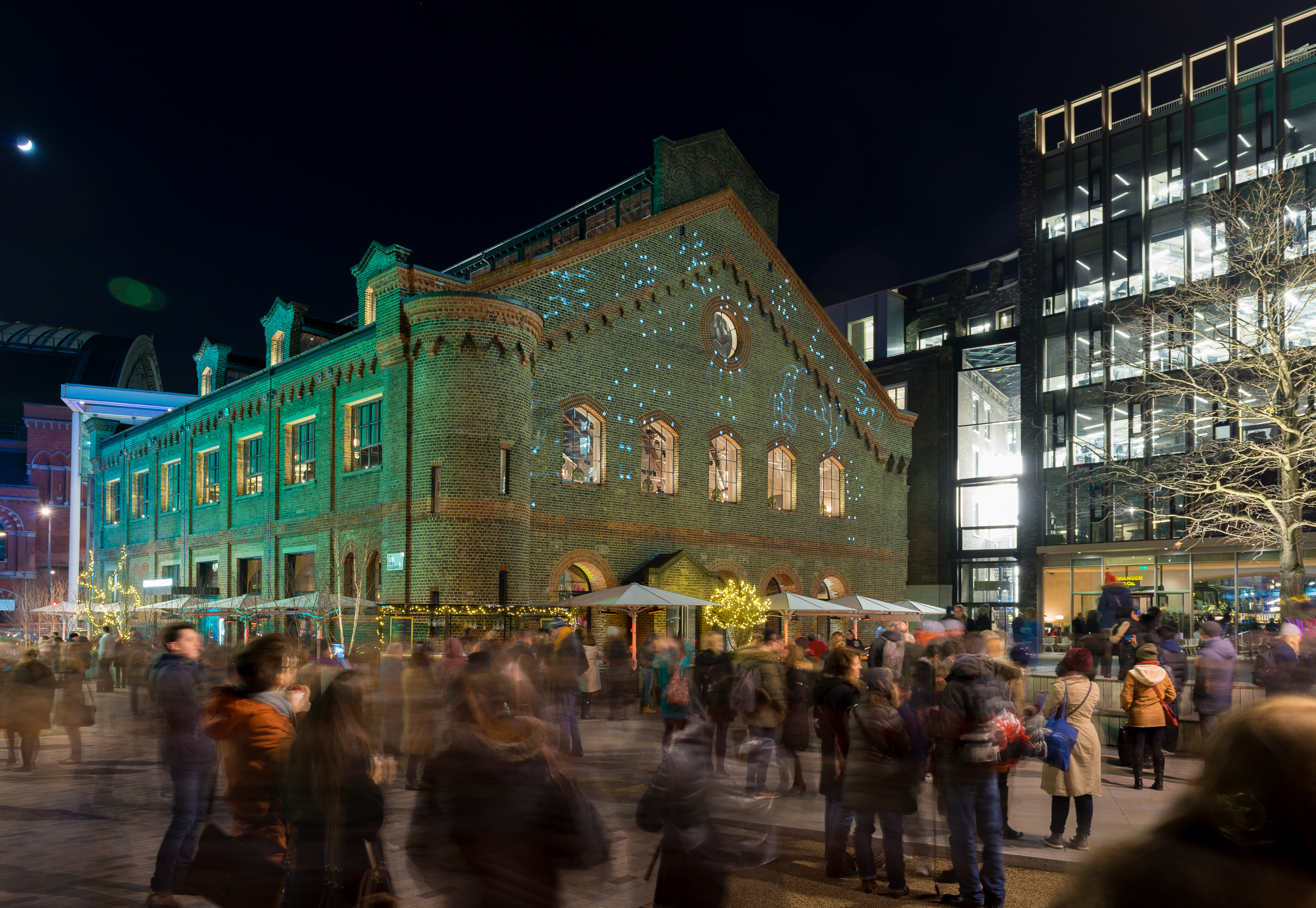 Londoners are all too familiar with the low light level winters and that is one of the reasons the premise of the Lumiere light festival is so compelling­—that, and the fact that the designs are free to view.

This weekend, the city is illuminated with 30 light-based public installations, from animated projections to sculptural LEDs by artists and designers from all over the world.

Developed by creative producers Artichoke and supported by the Mayor of London, the art pieces are lit nightly from 6:30-10:30pm.

“Cities like this very rarely have the opportunity to create something on this large scale,” says Artichoke director Helen Marriage. “The festival lets people feel the place differently, as a playground, as a place of joy and magic and entertainment, as opposed to the normal traffic driven, shopping destination.

Arts shouldn’t just be sheltered behind closed doors, in galleries and theatres and concert halls. It should be available to everyone. There’s a sense in which we give the city back to the people.”

I took to the streets of London with a Lumiere map (you can also opt to use an App) to follow the light.

Located in the West End above Piccadilly 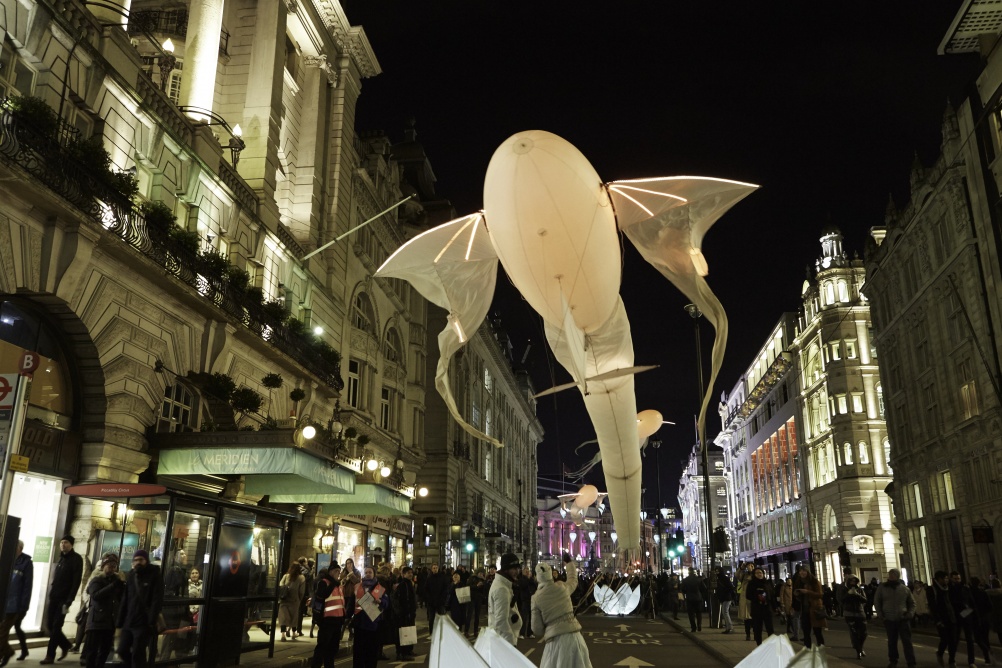 These fish-like creatures float in the sky along Piccadilly, undulating like kites in a breeze. Lit from within by LEDs, these blimps slowly change colours as their paper-thin appendages catch in the wind. The result is a mesmerising display of the grace that can be achieved in the design of large structures­—particularly when they work with the elements. 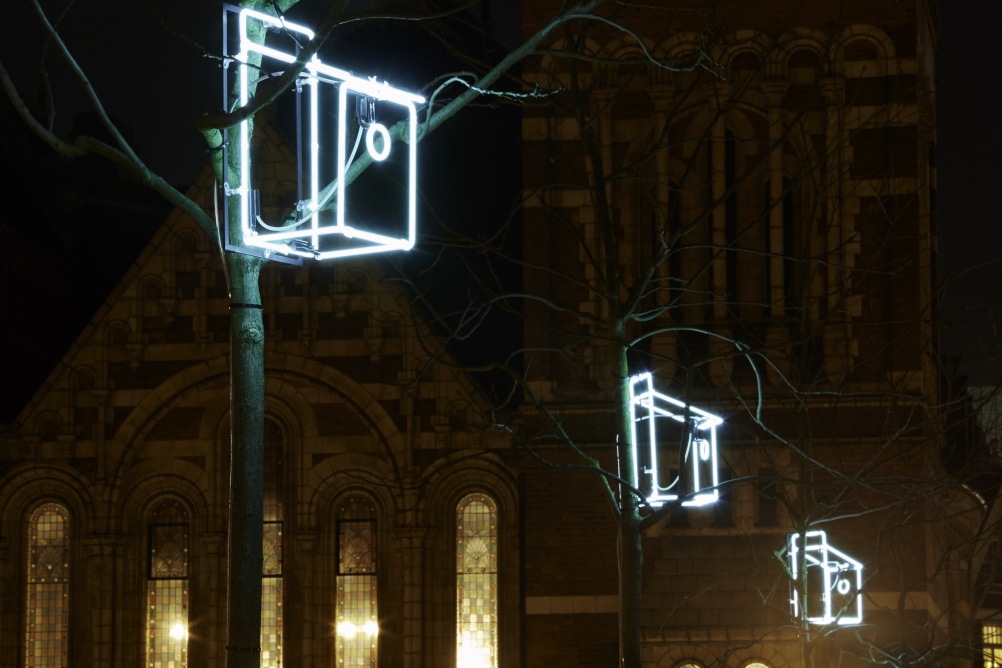 At first, the simplicity of Sarah Blood’s collection of neon birdhouses is disarming. Delicate blue glass structures sit nestled in the trees of Brown Hart Gardens. Throughout the square reverberates a soundscape of birdsong. The effect is calming—a reminder of the coming spring—and simultaneously bizarre as the viewer realises the artificial nature of each aspect of the installation: recorded birdcalls accompanying empty birdhouses, not ever intended for use in the natural world. 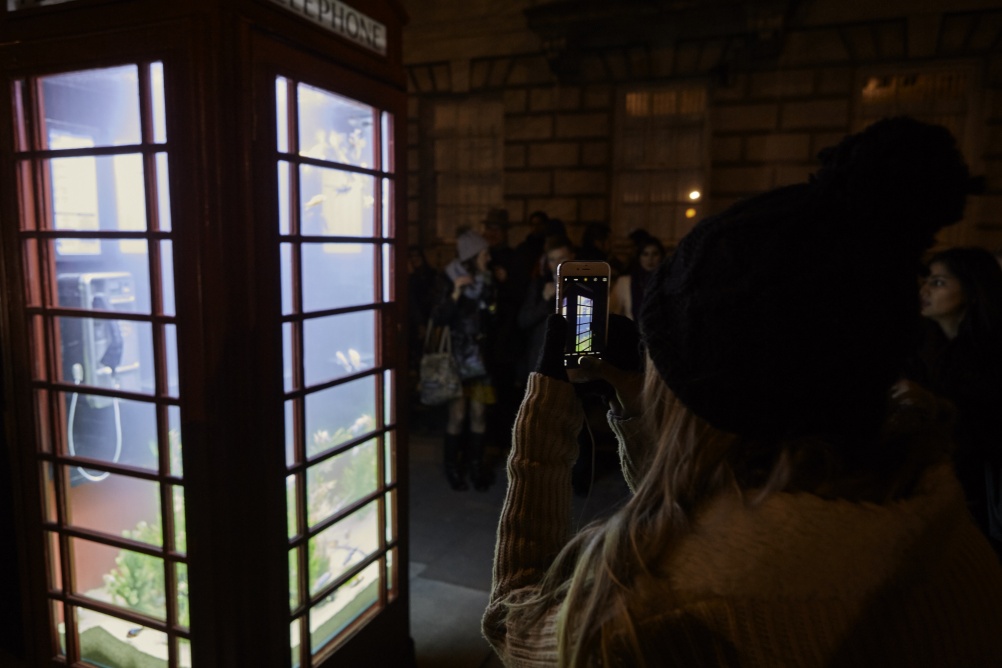 This piece is a playful twist on London’s iconic red telephone booths. A technological relic reclaims its usefulness—in the form of a home for all manner of aquatic fish. Its glowing silhouette asks viewers to pause for a moment and notice the graceful goldfish, whose slow and steady meanderings contrast the bustling exterior of their urban environment. 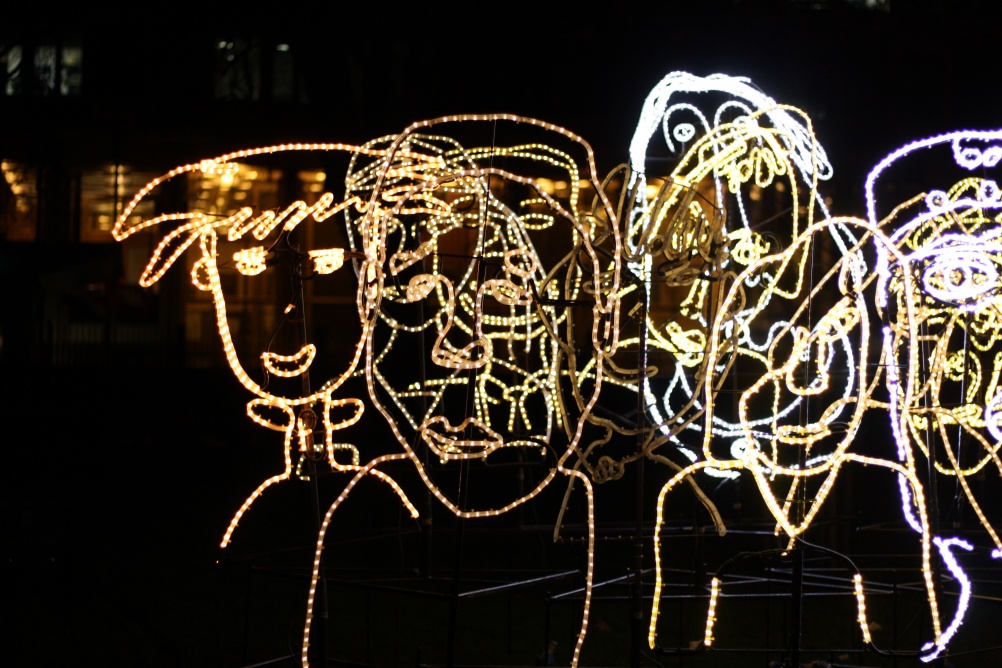 For this LED embedded rope installation, schoolchildren from the Isle of Dogs in London were asked to draw portraits of their friends and siblings. The artist took their sketches and transformed them into sculptures, the result of which is a glowing cluster of faces, each different from the next. As viewers bunch together to admire the piece, it casts a glow across the diverse faces in the crowd. 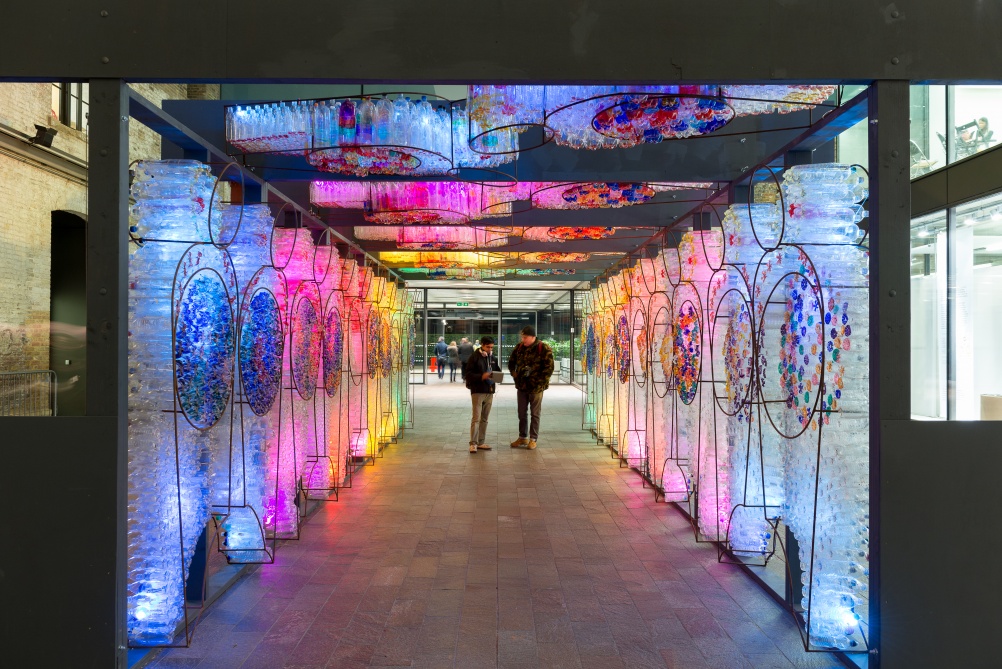 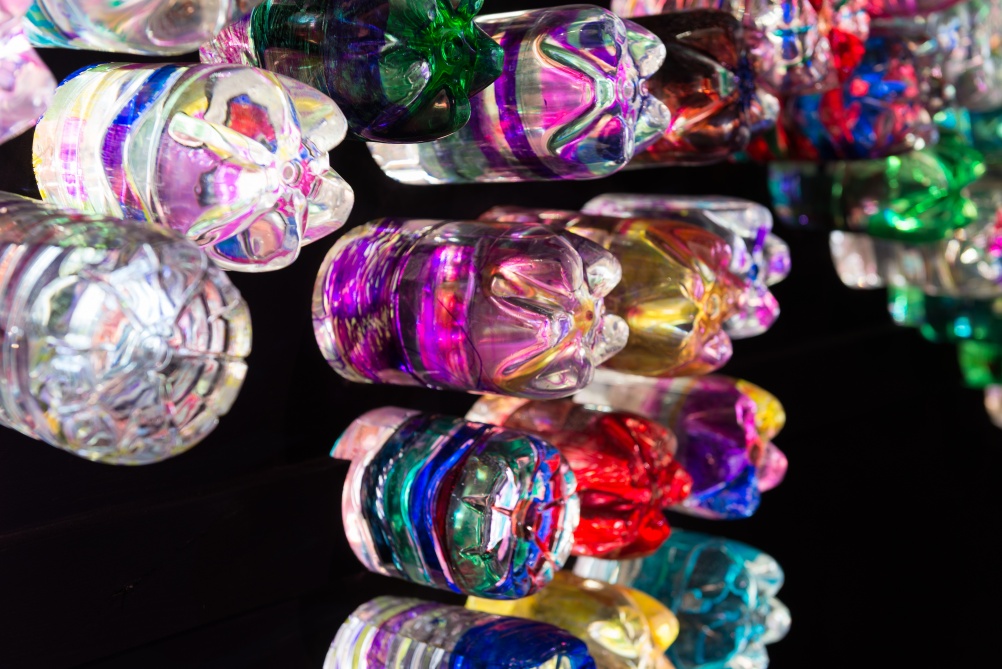 This structure is a kaleidoscope of colourful light. Made with help from students at Central Saint Martins, the illuminated walkway is made from recycled plastic bottles that contain bleach. In daylight, these “bulbs” provide light by refracting the sun’s rays to create 55-watts worth of light. Small solar panels can also help these bottles provide lights through the night. The simple technology, developed by MyShelter Foundation’s Litre of Light campaign, has been used in shanty homes in many developing countries.

Lumiere London takes place across the capital from 14-17 January. For maps and more information, see the Lumiere website.