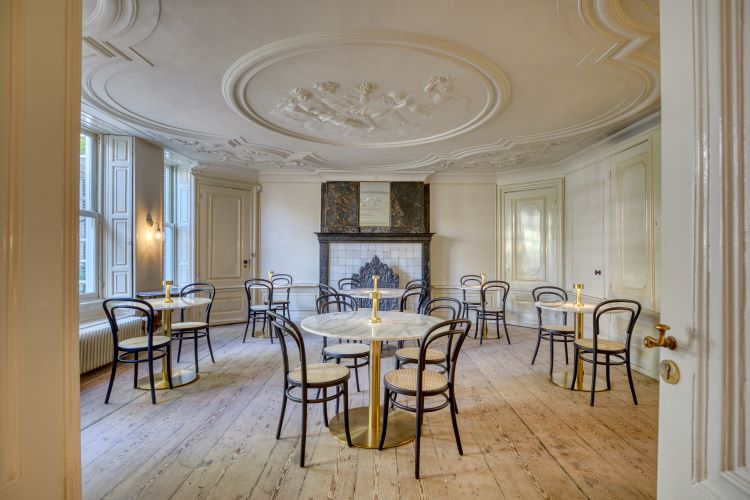 A 17th century canal house in the heart of Amsterdam has been converted into a cultural hub by UXUS. The space now houses a restaurant, espresso bar, and private dining room as well as a reception and concept retail space which will sell art, books and gifts on the ground floor.

The new interior attempts to combine new contemporary fixtures and finishes with the original ceiling frescos and mouldings of Italian mid-century design. UXUS co-founder and chief creative officer George Gottle says, “We approached the design to sensitively treat original features, paying tribute to the architecture while also elevating the space to create a contemporary consumer experience, look and feel.”

Key elements include the white marble, textured warm wood, and brushed brass detailing. Separate from the other social spaces is the private dining area which sits in what was previously a 17th century kitchen. In this space, the original stove and built-in cabinetry remains alongside contemporary furniture including pastel green upholstered chairs.

The building itself was built by Dutch architect Philip Vingboon in 1660 and belonged to the wealthy Cromhout family for nearly two centuries. Since the 1970s it has been a state monument and, until the recent change, housed The Cromhout Museum and The Biblical Museum.

The Gessner, by Fettle and Way of Life

The Gessner provides 164 apartments for renting and also short stays. Inspired by artwork from Oisin Byrne, Becky Blair and Lizbeth Holstein – which is present throughout the building – the Tottenham Hale homes pair timbers, stones and render finishes with an autumnal colour palette.

Most of the furniture is bespoke and chosen to suit the various apartment sizes. There are also some signature lighting pieces used in the shared spaces.

The studios say that “a focus on quality and attention detail” is what brought the project together. Fully equipped kitchens were supplied by Borough Kitchen, Buster and Punch ironmongery, while Earl of East provided bathroom products.

There are also Samsung smart TVs fitted in each property, as well as equipment from YogaMatters and hand-made ceramics from local artists. The overarching philosophy of the project is that residents can make the spaces their own, which is why the design team opted for a more neutral colour palette and the option to have them furnished or unfurnished. 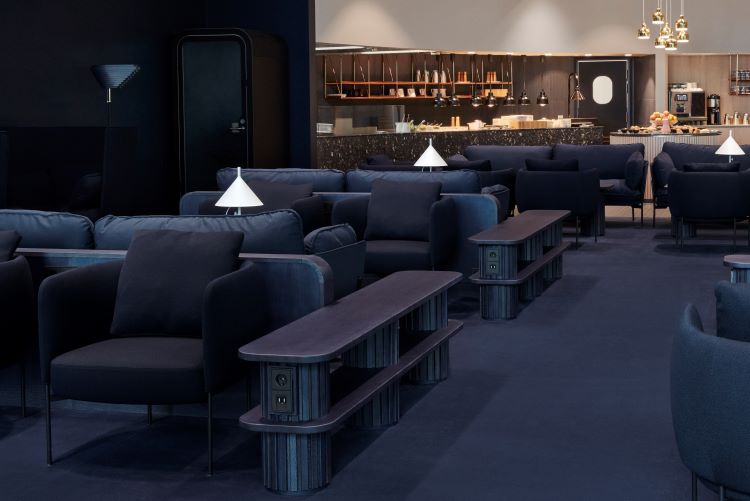 Nordic airline Finnair’s interior revamp is part of a larger plan to improve its ground-to-air customer experience. Design consultancy Tangerine looked to Finnish culture for inspiration, spending time in Helsinki and then in a snow-covered lodge in Lapland, where the final vision for the rebrand started to evolve.

The central theme is Nordic Freedom which intends to embody the spirit of Finland through a “simple, clean, minimalist approach”, according to the studio. The culmination of different textures and natural materials is meant to give the airport lounge a homely feel.

The project also stretched to the interior design of the cabins for Finnair’s A350 and A330 aircrafts. Tangerine says that the central theme is implemented through the design of the seating and cabin spaces, “giving passengers choice in how to use their time”.

Reclining premium economy seating aims to improve passengers’ comfort and increase storage while tying in with the brand’s new visual identity. The colour scheme in premium economy flows through into the business class area, where light wood surfaces are set against a deep blue sidewall – an attempt to mirror the look of a boutique hotel.

The rounded form of the business class seats is designed to transform your line of vision as you look down the cabin to create a look unique to Finnair. Their fixed back shell – mix of faux black leather and deep blue fabric – make them similar to a sofa, where you can maneuverer your cushions for optimum comfort. 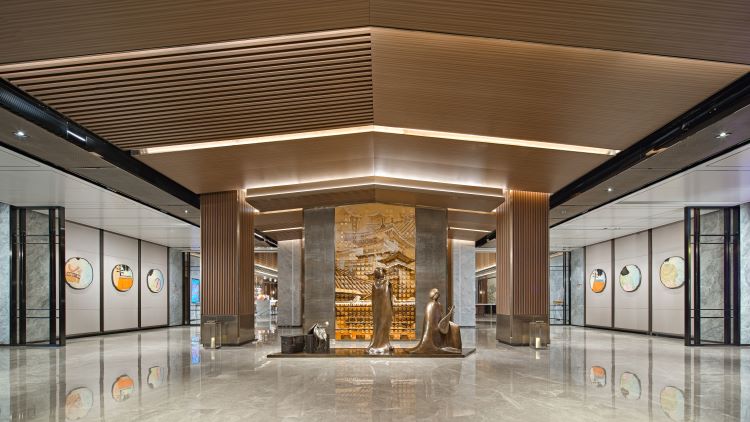 Hirsch Bedner Associates’ (HBA) Hong Kong office has renovated the Canopy by Hilton Xi’an Qujiang. Situated in the heart of China’s ancient Tang Dynasty capital, the hotel sits on the cusp of some of the city’s most famous historic sites from which the studio drew inspiration.

Attempting to combine history and modern technology was one of the aims of this project. The hotel intends to present a “fresh perspective on historical elements” so that guests can enjoy traditional culture in a fun way, according to HBA.

Director of HBA Hong Kong Canvas Art Consultants Sarah Gordon says, “By recreating the atmosphere of the Tang Dynasty, we hope the art programme for the Canopy by Hilton reminds the guest about the hospitable nature of Xi’an and the warmth of its people.”

Senior project designer of Light Directions Wing Siu introduces his inspiration on lighting design, explaining that “controlling the colour temperature of the light source creates a warm homely feeling. HBA attempt to carry the warmth through to the wooden roof and reception canopy with subtle brass details.

Like all Canopy by Hiltons, this hotel is built around a central atrium – the hub of the hotel’s main public areas. The use of a consistent design language and ample natural light intends to unify the space as guests move from the reception area to the bar and the multifunction areas. 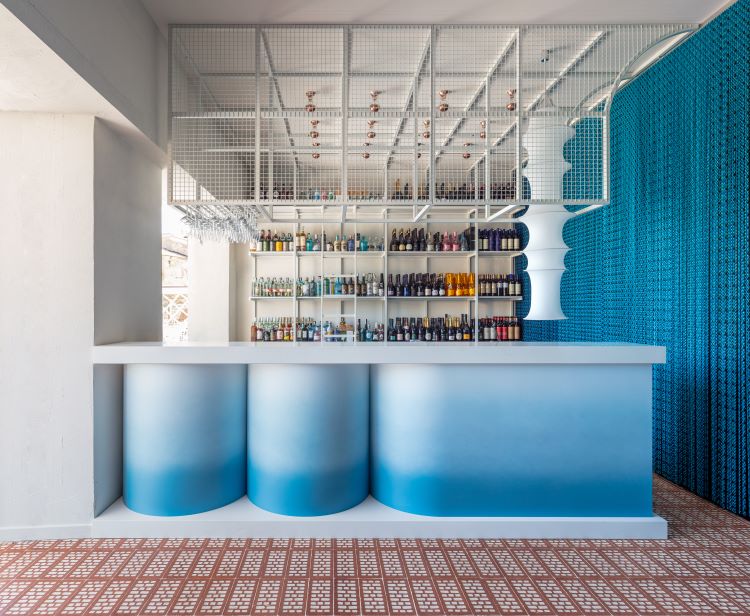 Italian studio Gae Avitabile has designed a cocktail bar inspired by its coastal home, Sperlonga. Floating between the sea and the sky, the bar is meant to exude a Mediterranean feel through its use of simple materials.

In an attempt to create more flow between the indoors and outdoors, the studio chose aluminium mesh curtains made by Spanish company Kriskadecor which it says, “creates a sound reminiscent of a coastal breeze”.

The rounded shape of the bar is mean to mimic the movement of the waves while the Falkland lamp that hangs above it is wrapped in a custom metal mesh structure suggestive of fisherman’s pots, which they use to catch fish. The way that the white meets the blues and browns of the colour palette is supposed to reiterate the colours of the surrounding landscape.

Even the bathroom intends to reference the nostalgia of travel, with its wallpaper adorned with exotic motifs. In essence, it is meant to act as a “poetic homage” to the atmosphere of seaside towns.