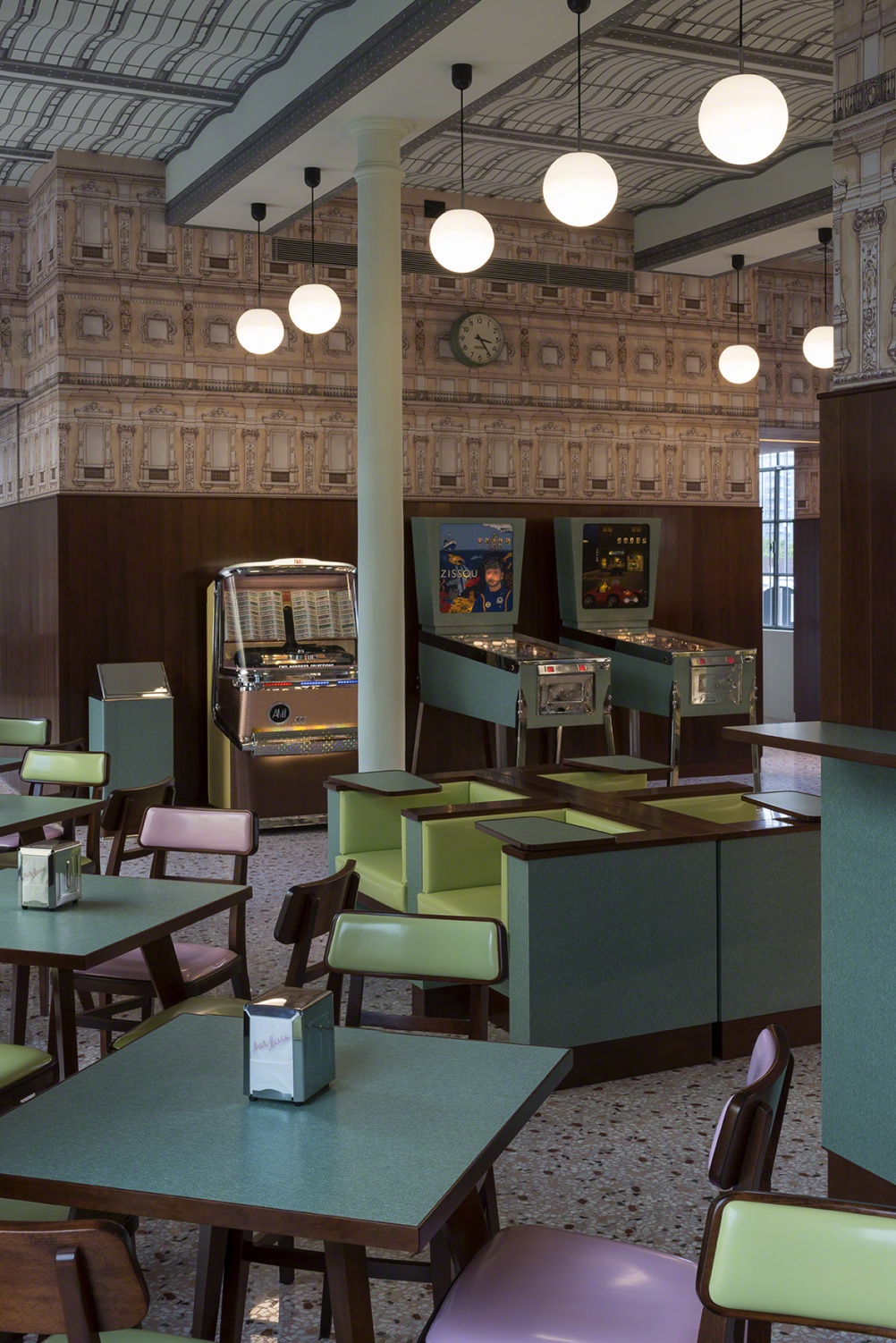 Anderson’s café is a kitsch 1950s-style dinner complete with Formica furniture in the pastel ice-cream colours of a traditional Milanese café.

Fondazione Prada has been designed by OMA Architects and comprises old and new buildings on the site of a former distillery dating back to 1910.

The café follows other collaborations between Anderson and Prada, which include advertising and a short film created by Anderson and Jason Schwartzman.

Within the gallery, launch exhibitions will include a show by filmmaker Roman Polanski exploring his cinematographic inspirations, site-specific installations by sculptors Robert Gober and Thomas Demand and artworks from the Prada Collection.

There’s also a children’s area designed by a group of students from the École nationale supérieure d’architecture de Versailles.

What should the new government do for designers?