A new typeface has been launched to commemorate the 30th anniversary of the fall of the Berlin Wall. Designed and developed by creative consultancy Heimat Berlin, the Voice of the Wall typeface allows users to create their own messages with real graffiti found on the Wall.

A canvas for discontent

From its erection in 1961, the surface of the Berlin Wall became an attractive canvas for those voicing their discontent. Artwork and graffiti covered the western side of the Wall, while the heavily guarded eastern side remained blank.

Some of its most famous adornments include “My God, Help Me to Survive This Deadly Love” (also known as the “Fraternal Kiss”) by Dmitri Vrubel (pictured above), and “Detour to the Japanese Sector” by Thomas Klingenstein, which still stand today among the otherwise disassembled Wall. 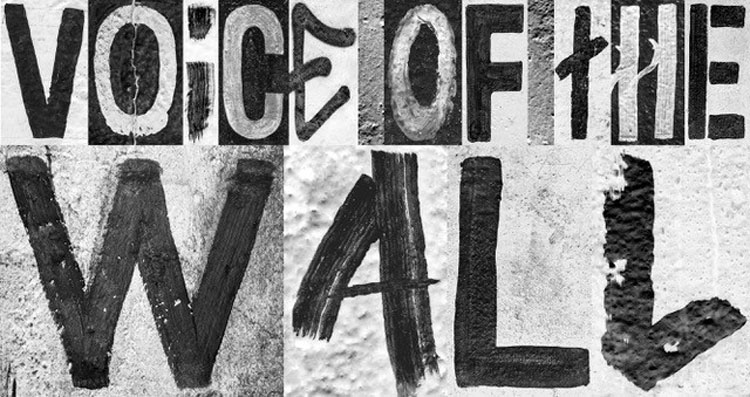 Creating a connection to the Wall

The process of photographing still-standing parts of the Wall, selecting and cutting letters for the typeset took around three months, according the CCO for Heimat Berlin, Matthias Storath.

“We had literally hundreds of graffiti examples to photograph and digitise,” he says, “there are four different versions of each letter, which means no message is the same.”

The effect is a mismatched alphabet that produces different results each time. This gives, according to Storath, a better connection to the wall and the original creators themselves.

“This graffiti was there, is there in some cases, and this wall existed. We thought this was a better way to connect to what happened than if we just used documentary materials, for example.”

Telling the story of what happened

The typeset was created for The Cultural Heirs, a non-profit street art organisation that works to prevent violence, promote integration and fight against discrimination and inequality. It is part of a wider campaign, which comprises a film and various other print and online assets.

Storath says the intention behind the typeface and wider campaign was to explore “what the Wall could still tell us today”.

“We thought of the Wall as more of a witness,” he says. “It was built by humans, and it tells the story of what happened.”

By using this typeface, either by downloading it or using its online generator, the team hope to foster not only a deeper understanding between users and the Wall’s history, but also between users and present challenges to freedom.

“Information travels so easily on the internet now, but creating an actual connection can be difficult,” he says. “By bringing back this ghost, we hope to show people that there really was an object that divided the world.

“And we show them that everything you do, literally in the case of this typeface, can be a message for freedom now.” 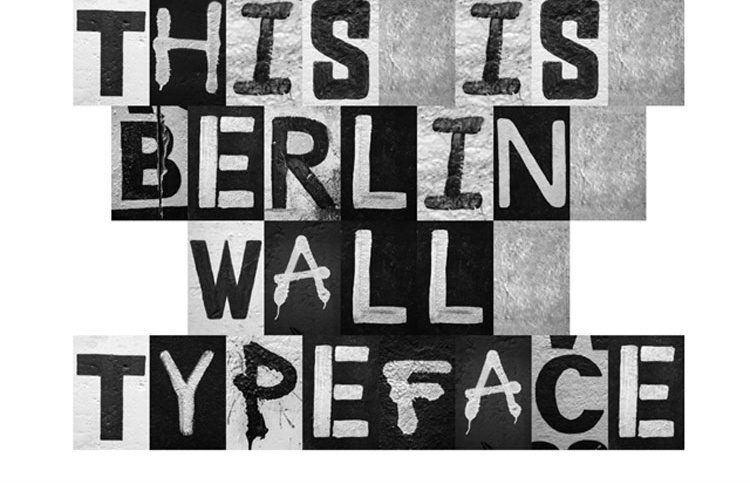 Acting as a reminder for the present

Storath says there is still more to be done with the typeface in the future. Currently Heimat Berlin are encouraging users to share their messages to the world, and the team hope to eventually collate these Wall-inspired messages into a book that can be sent to leaders around the world.

Beyond this, the team also intend to create social media platforms that will enable people the “read the Wall”, by digitising many of the pictures they took in the initial stages of creating the typeface.

Meanwhile, it will help the wall become part of wider political conversations “by acting as a reminder of what can happen”, according to Storath, who wants the project to have an enduring legacy and says: “A campaign is nothing if it starts today and ends tomorrow, so we have a lot planned for its future use.”