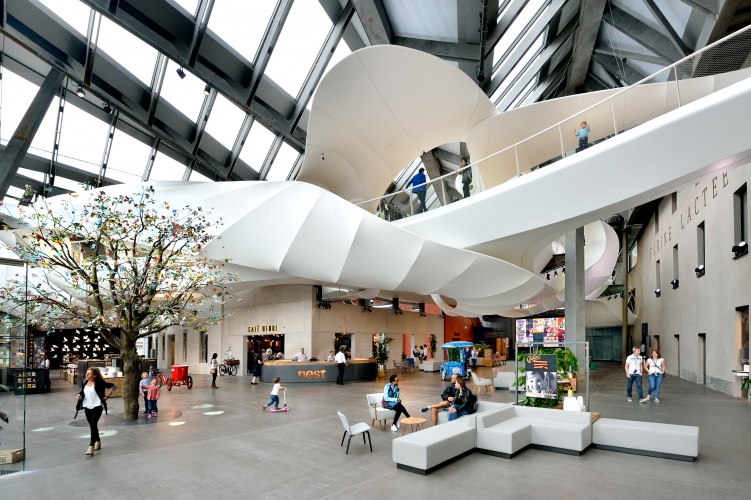 Dutch consultancy Tinker Imagineers has designed a new 3500m2 exhibition space for Nestlé, 150 years after the food company was founded.

To coincide with the anniversary, Nest is located in founder Henri Nestlé’s first factory from 1866 in Vevey at Lake Geneva, Switzerland.

The factory, which opened in June, has been renovated by Switzerland-based Concept-Consult Architectes, which has added a glass roof and steel construction to the building as part of the €45m (£38m) project.

Tinker Imagineers, who became involved with the project two years ago, hoped to balance the industrial design of the factory space with more “organic” interiors, according to partner and founder, Erik Bär.

Beneath the glass roof sits a hovering platform covered in white fabric that overlooks the rest of the exhibition, “reflecting an almost timeless world”, says Bär.

The white stretched fabric installation is made up of ten different exhibits, including a 3D body scanner that shows what happens to different food types inside the body using an avatar.

Nest is split into past, present and future zones, where visitors can do everything from look at a prototype of the first Nespresso machine to try out an interactive table, known as the “forum”.

“Since Nestle is criticised quite a lot in the media I thought the best thing they could do was something they didn’t have in the original concept…to dedicate a zone completely the challenges in producing food for eight billion people,” says Bär.

Explores global issues such as agriculture and sustainability

The forum is designed to explore global issues, such as agriculture, sustainability, water and food production, as well their potential solutions, he explains.

Each theme is represented by a different icon and colour, which light up trails on the table and provide information about the selected topic on a screen.

Tinker Imagineers has also explored the artistic side of exhibition design with the project. In the middle of the central atrium is a life-sized tree decorated with more than 1,200 flowers handmade from different Nestlé product packaging, such as Nescafé.

The most important element of the exhibition for Bär was to make each zone look and feel completely different, he says.

“In the past zone we looked back at early cinema techniques which worked quite well…and then gradually things get lighter and more modern. It’s the variety that I am happiest with.” 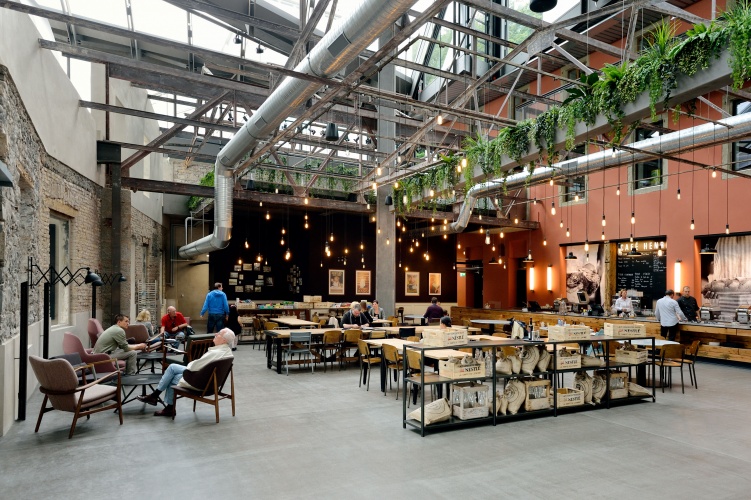 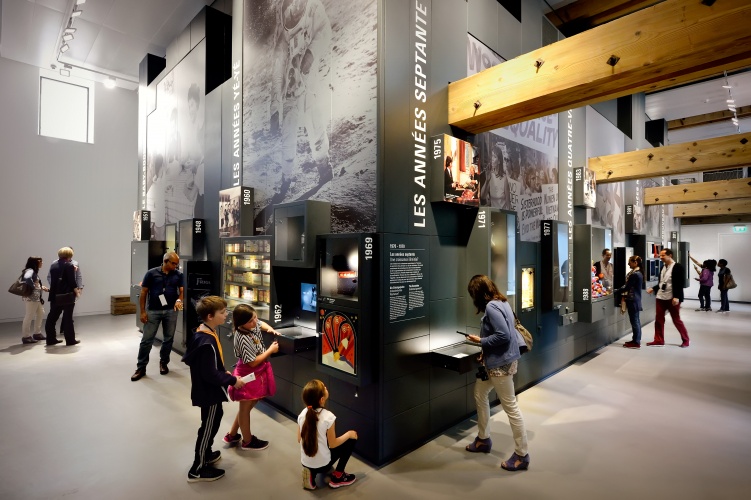 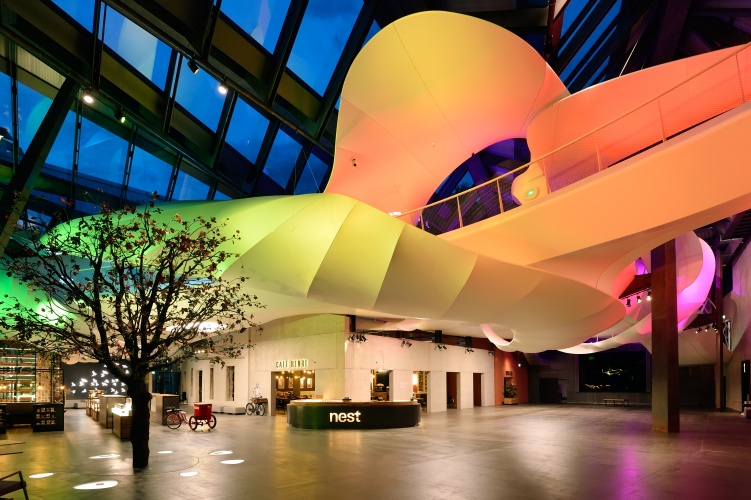 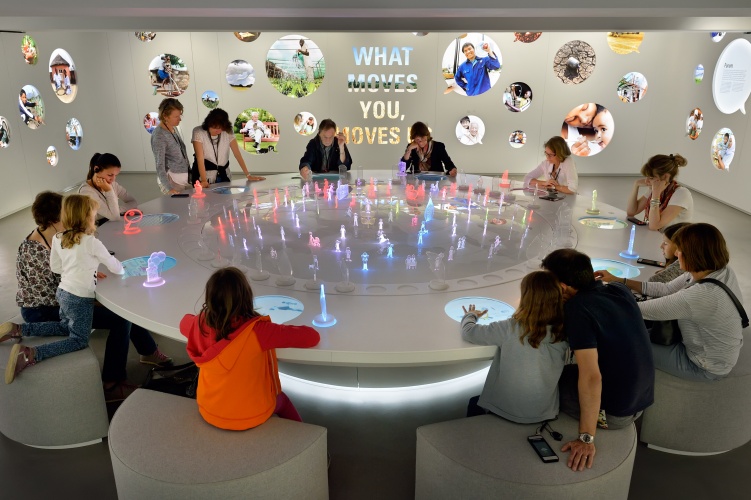 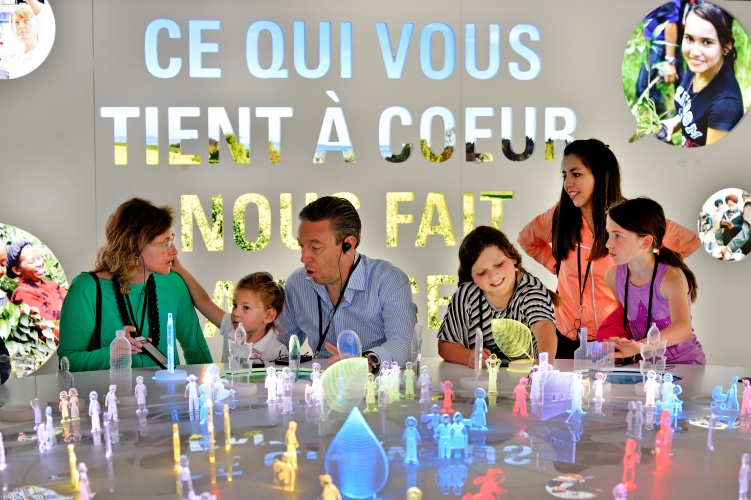 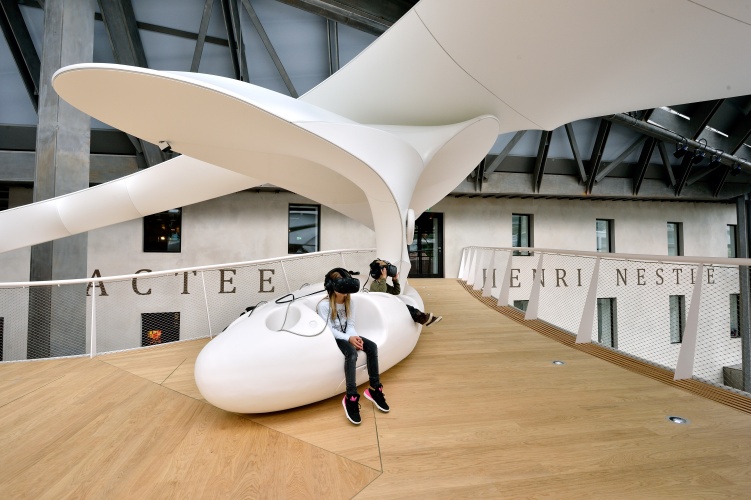 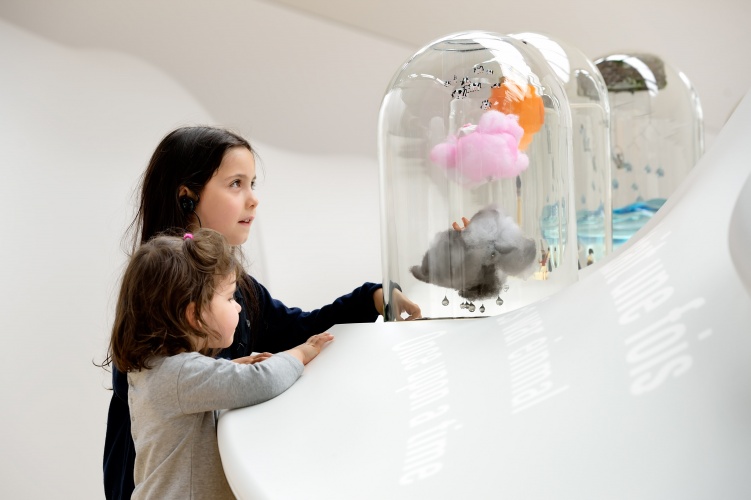 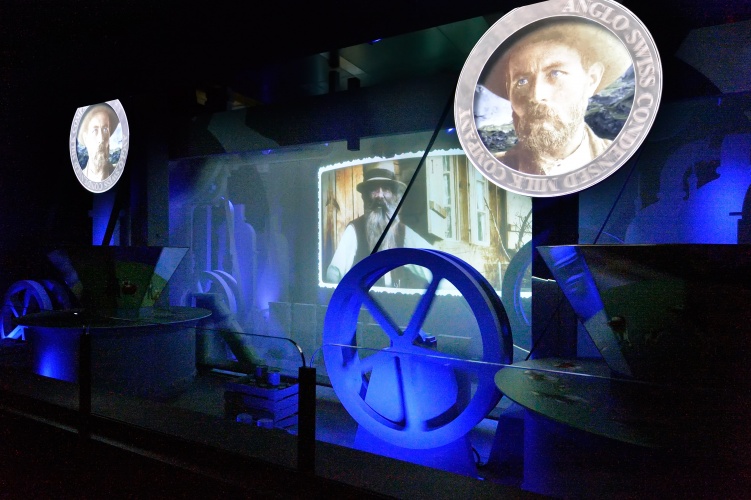 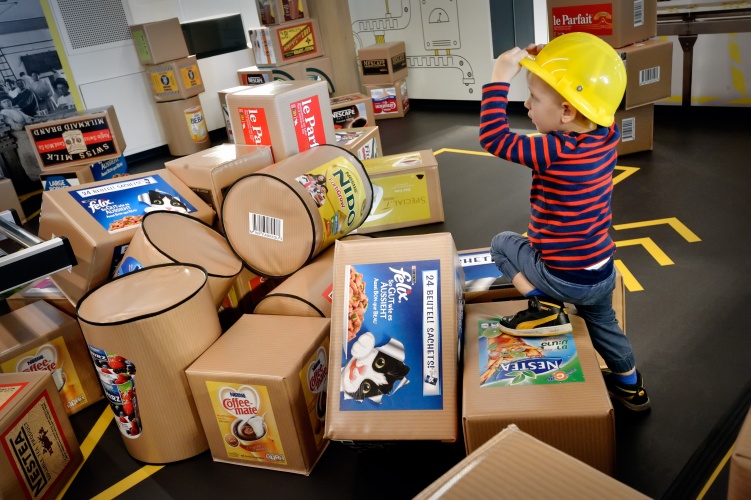 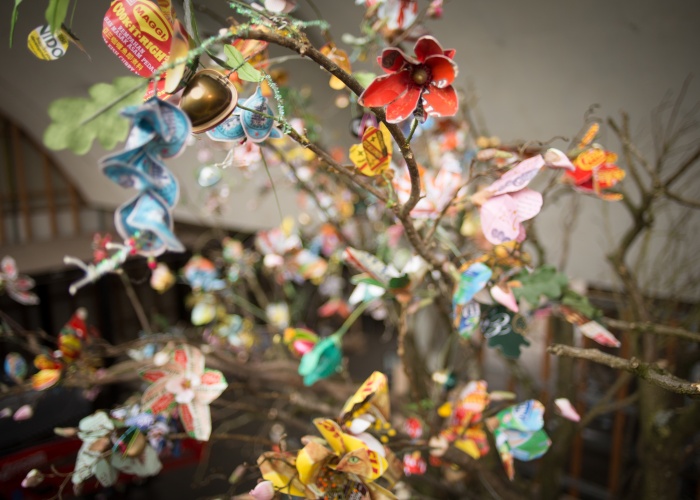 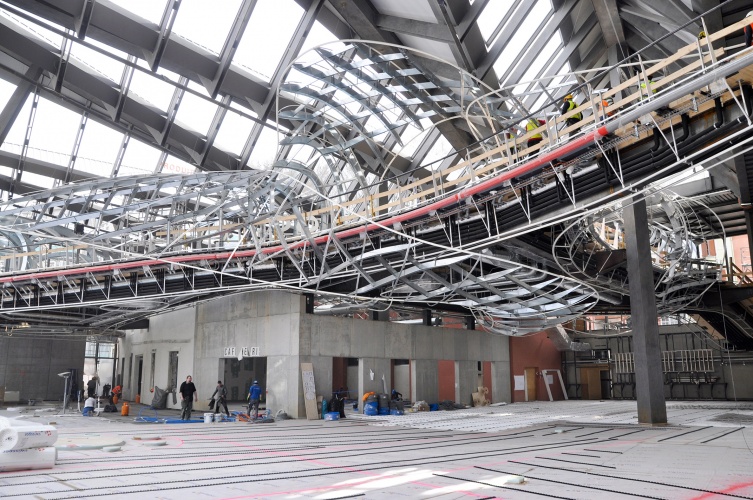