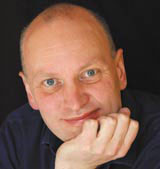 Risk. We don’t take enough of it. When a besuited business type talks about ‘thinking outside the box’, we know he (it’s always a he) means the exact opposite. He means thinking inside a very tight set of constraints that are all to do with the avoidance of risk.

Business gobbledegookers are like senior civil servants. Their careers are dedicated to not rocking the boat, because rocked boats can capsize, and with them go the careers of the rockers. So nothing much of any interest ever happens in their organisations, until a wave of redundancies sweeps across them.

You see avoidance of risk in formulaic movies, whether they be from Hollywood, Bollywood or Britain. Avoidance of risk governs the marketing of cars, in that every car brand has to offer exactly the same level of equipment, at every price point, that every other car brand offers. Hence, in a double-whammy risk-avoidance manoeuvre, the ludicrous race to fit more and more increasingly unnecessary air bags to protect against ever-less likely forms of collision. Which means that cars are heavy and have little space inside them, but are amazingly safe should you happen to crash. Thus cocooned, their drivers drive much more dangerously. Which makes life that much riskier for pedestrians and cyclists.

Then again, we take huge risks all the time. Being born is bad, risk-wise, because it immediately begins the countdown to death. On your way there, being a man is risky, because you will most likely not live as long as a woman and you will be more prone to violent attacks, usually from other men. It is risky to be poor. It is risky to indulge in certain sports. It is risky to live in Scotland, because your stereotypical diet will be fried Mars bars and chips, and that’s just not good for you.

Getting to be old is also a highly risky business, because, though you have managed to avoid all the hazards of youth, you will be more prone to diseases simply by virtue of being old. It’s sheer madness, frankly, to be 98 years old. Especially if you want to take out a life assurance policy.

You can look at this in two ways when considering innovation. In one way, it is very bad to innovate because of the very high risk of failure. Better to let someone else take the initial risk, and then come in second with an improved, more marketable, me-too product. In another way, all the most successful companies – from Ford to Microsoft – are driven by innovation in their growth years, and it is only when they are fully established, with edgy shareholders and market analysts watching them, that they adopt the me-too mentality. Doing that means that the company is doomed, but probably not for some years, even decades.

But this is too simplistic, because it overlooks something that is simpler still: the both-and/or approach. Beyond a certain, relatively small, size, any company in the design business can operate on two levels. It can do all its run-of-the-mill profitable and unexceptional work. And in the corner, or after hours, it can do outrageous stuff that will set the world alight, if only a client is courageous enough to adopt it. High risk. But one day, that client might just say yes, because there are only so many identikit presentations that any one person can stand. Never underestimate the transformative power of pure boredom.