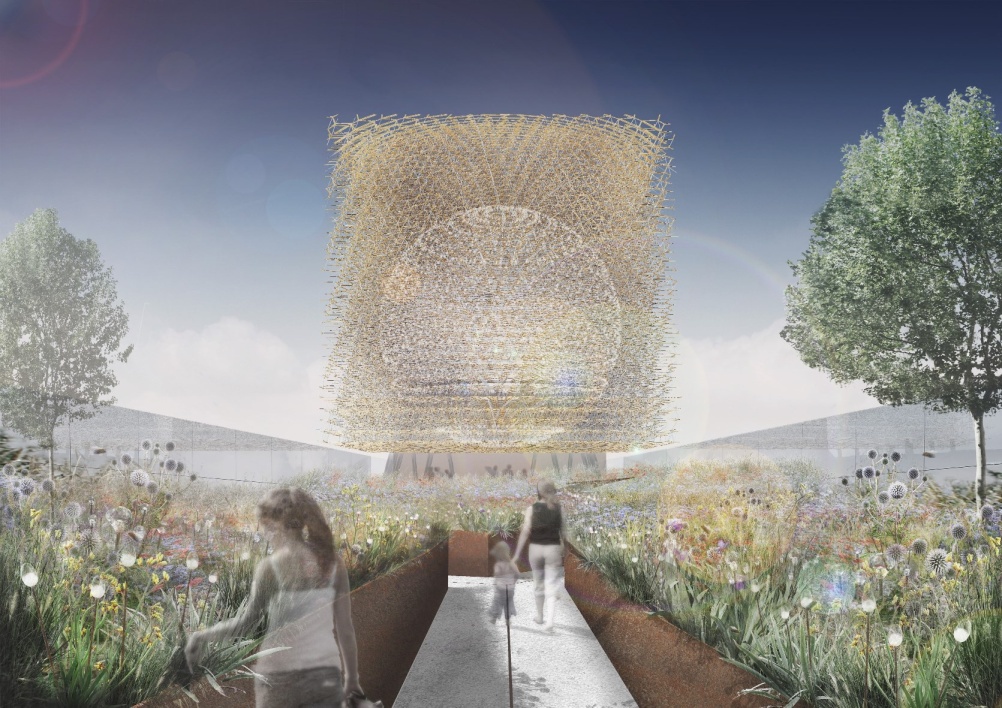 Buttress’s Hive design will compete against 146 other national pavilions at the Expo, which is being held between May and October 2015. Each country is looking to address the challenge of how to feed the world as the global population increases.

The Hive design is the successor to Heatherwick Studio’s Seed Cathedral, which was created for the 2010 Shanghai Expo.

New images posted by Wolfgang Buttress on Twitter show views from inside the Hive as well as detailing and night-time images.

Hive is a 14x14x14m meter structure and will be constructed of 100,000 components, which are being machined by Stage One, the company delivering the design.

The £6 million hive design will see visitors walk through a fruit orchard and wildflower meadow to reach a “golden orb” made of a fine steel lattice based on the design of honeycomb.

While Hive will give an impression of British food, music and fashion, it has primarily been designed to draw attention to the fall in the numbers of honeybees and to show how research and technology are helping to address challenges including food security and biodiversity.

It will be twinned with real hives and react to activity by pulsating glowing and buzzing.

The political party manifestos – what do they mean for designers?