A new typeface has been launched in support of the Black Lives Matter movement which allows users to create their own messages using letterforms found on protest signs worldwide. Designed and developed by digital innovation studio Vitamin London, Topic Type BLM aims to bring the “emotion and energy” of physical protesting into a digital space.

Since the killing of George Floyd in late May, Black Lives Matter protests have erupted around the world. Millions have turned out to show support against police brutality and structural racism, often carrying with them placards and posters with messages demanding a commitment to necessary systemic change. 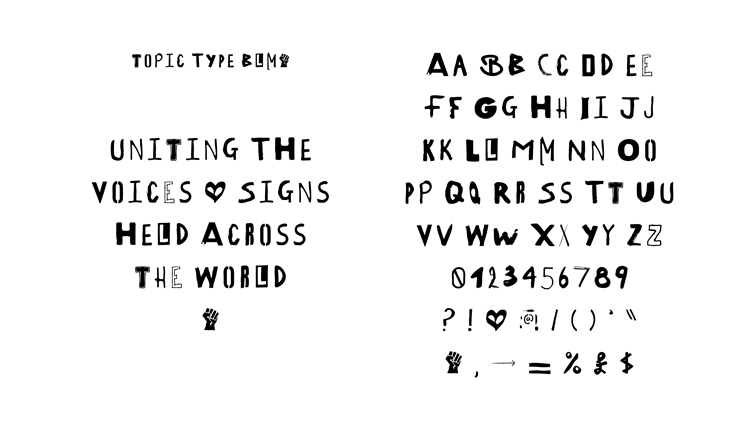 “Capture the soul of the Black Lives Matter movement”

TopicType as a concept was established by the studio earlier this year, with its first iteration used to draw attention to the Australian Bushfires that devastated much of the country and its wildlife.

The Vitamin London team wanted to find a way to use its design craft in support of the cause this time around, art director Robert Lloyd tells Design Week, and so focused on how they could “capture the soul of the Black Lives Matter movement and bring it into typography design”.

“After experiencing the protests, it was really fascinating and motivating to me as an art director to see how people were using lettering to express their own voice, not only alone, but in great numbers,” Lloyd says. “Quite simply, we wanted to be able to help share those voices for everyone to use.”

Selecting 26 lowercase and 26 uppercase letterforms from the hundreds of thousands of signs carried throughout the protests was no small task. Lloyd worked with Vitamin London designer Thomas Cescousse on the project, which he says involved “long hours from the start”.

“On the pragmatic side of things, the task meant looking out for interesting and individual letterforms, as well as spotting those illusive characters like ‘Q’s and ‘Z’s,” he says. Researching and selecting letters was by far the longest part of the project, Lloyd says, but it was also the most emotional.

“It really hit home, because every image and every sign felt so personal – if you consider the millions of people that went out onto the streets, and the fact we only had 52 characters to select, you realise how tricky it was to trim it down that far.” 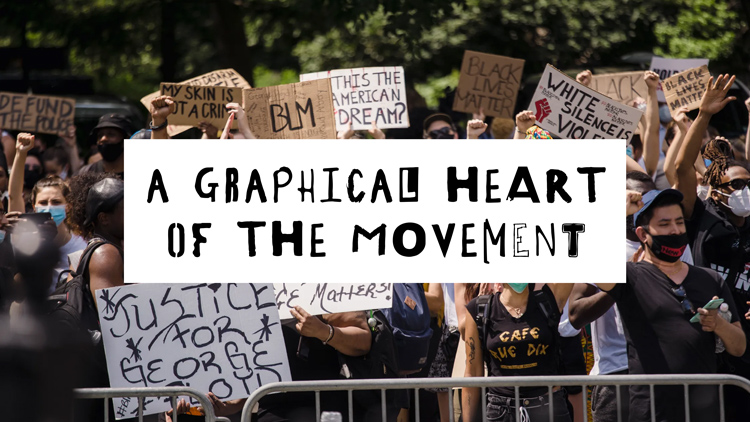 “We wanted to be totally true to the cause”

Throughout the project, Lloyd says there were a number of considerations the team kept at the fore, both moral and technical. Technically speaking, the end result needed to be representative of the original placards, which meant dealing with hi-res imagery and realising the letterforms in a considerate way.

And from a moral perspective, he explains they were careful to treat the topic with the sensitivity and respect it warranted.

“We wanted to be totally true to the cause, really transparent and treat it with the emotion and importance it deserves,” he says. 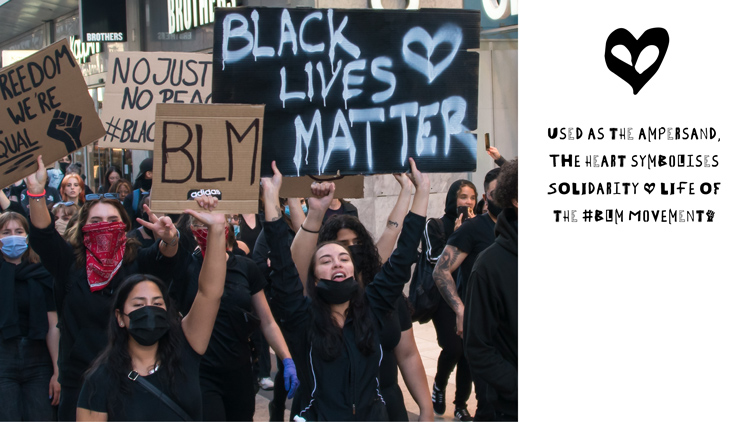 As for how the typeface can be applied, Lloyd says there is no one correct use of TopicType BLM. One use the team are excited about, however, is how it can be used to create emotion in digital protest spaces.

“A lot of the time people who don’t have the design skills for digital will pick a default font and sometimes that doesn’t capture the character and emotion that comes from someone carrying a placard and protesting,” says Vitamin London founder and creative director Jacob Beckett.

“If this takes a little bit of the energy of the streets into the digital space I think that would be a great thing to come out of this,” he adds.

Lloyd echoes this, saying that it isn’t so much what people do with it, as it is the emotion and responses it evokes.

“As a font we hope it is going to be used with the same sentiment as the placards it came from, and that the story of the unique letterforms will inspire them to take action in whatever way they can,” he says.

Vitamin London are offering TopicType BLM for free, to anyone who can prove they have made a donation to a Black Lives Matter-related organisation. In this way, Lloyd says, they can “encourage donation and action to happen in the right place”.