D&AD has announced the winners of the 2020 New Blood Awards, which this time around includes two projects that have won coveted Black Pencils.

This year marks the 40th edition of the programme, which was launched in 1980 to support and highlight the next generation of creative talent. In the midst of the coronavirus pandemic, celebrations have been slightly altered, with this year’s ceremony taking place online as part of a wider week-long Digital Festival format.

A total of 213 Pencils were awarded to entrants this year, with two projects earning D&AD’s highest accolade, the Black Pencil, which is given to work that is considered by judges to be the “best of the best”. Additionally, one White Pencil was awarded, reserved for projects which use “the power of creativity to do good in the world”, as well as 39 Yellow, 43 Graphite and 128 Wood Pencils.

The top project, which scooped both a Black and White Pencil, came from Jay Parekh and Alex Morris, students at the School of Communication Arts 2.0 in the UK. The pair’s project, Inside Stories, responded to a brief set by Penguin which asked entrants how they could heighten the reading experience for young people.

For the project, Parekh and Morris focused on the fact books donated to prisons must be brand new. With reading in prison statistically proven to reduce re-offense rates, the pair put forward a solution that sees incarcerated young people given the first read of new Penguin books. Such a move would not only encourage solo reading, but the establishment and continuation of book clubs too.

Once read, consumers can purchase the books afterward, which will come with annotations and a review from prisoners – the pair explain that in this way, each book contains two stories, the author’s and the incarcerated young person. 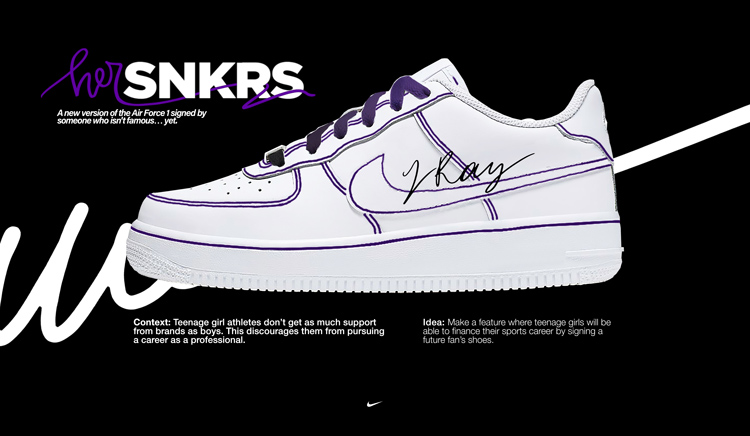 Followed by Her Snkrs

The other Black Pencil-winning project came from Clara Laorden, Pia Volpino, Daniel Vazquez and Karolina Sosa, students at Miami Ad School in Madrid. It responded to the brief set by Nike, which challenged entrants to engage 14-19 year old girls with their NikePlus Membership scheme.

Her Snkrs recognised that teenage girl athletes get far less support from brands compared with their male peers, which discourages them from pursuing sport as a profession. As a solution, the students proposed a new feature on the existing NikePlus platform which sells merchandise signed by these girls. As the group explains, these can be bought by “future fans”, providing an income stream for young athletes. 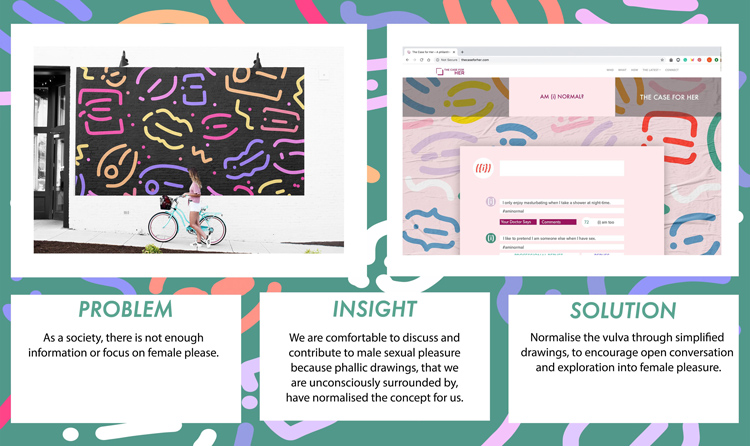 Other winners of this year’s awards included students from Central Saint Martins, who responded to the BBC’s data-focused brief with a proposal called BBC Habitat. The app, designed by entrants Jessie Zhang, Thomas Bugg, Jann Choy and Zhiqin Lu is an interactive platform that visualises users’ carbon footprint based on information they choose to disclose.

This data can come from the likes of Uber and Deliveroo, for example, and with each eco-friendly personal decision made, the more a user’s personal Habitat can thrive. The students’ work was awarded a Yellow Pencil.

Meanwhile, responding to Teen Vogue’s brief to challenge ideas around female pleasure and sexual wellness, Lucy Donagh and Charlotte Alford, from the University of Gloucestershire and Edinburgh Napier University respectively, put forward the project Am (i) Normal?

Am (i) Normal looks to address a world in which penis-focused graffiti has normalised and destigmatised the sexual organ, while vulvas remain “a mystery to everyone”. (i) is used as a simplified illustration of a vulva, and as per Donagh and Alford’s proposition could form part of a wider education drive and “encourage open conversation and exploration into female pleasure”. The pair were also awarded a Yellow Pencil.

For more information on the winners of the New Blood Awards, head to the D&AD website.