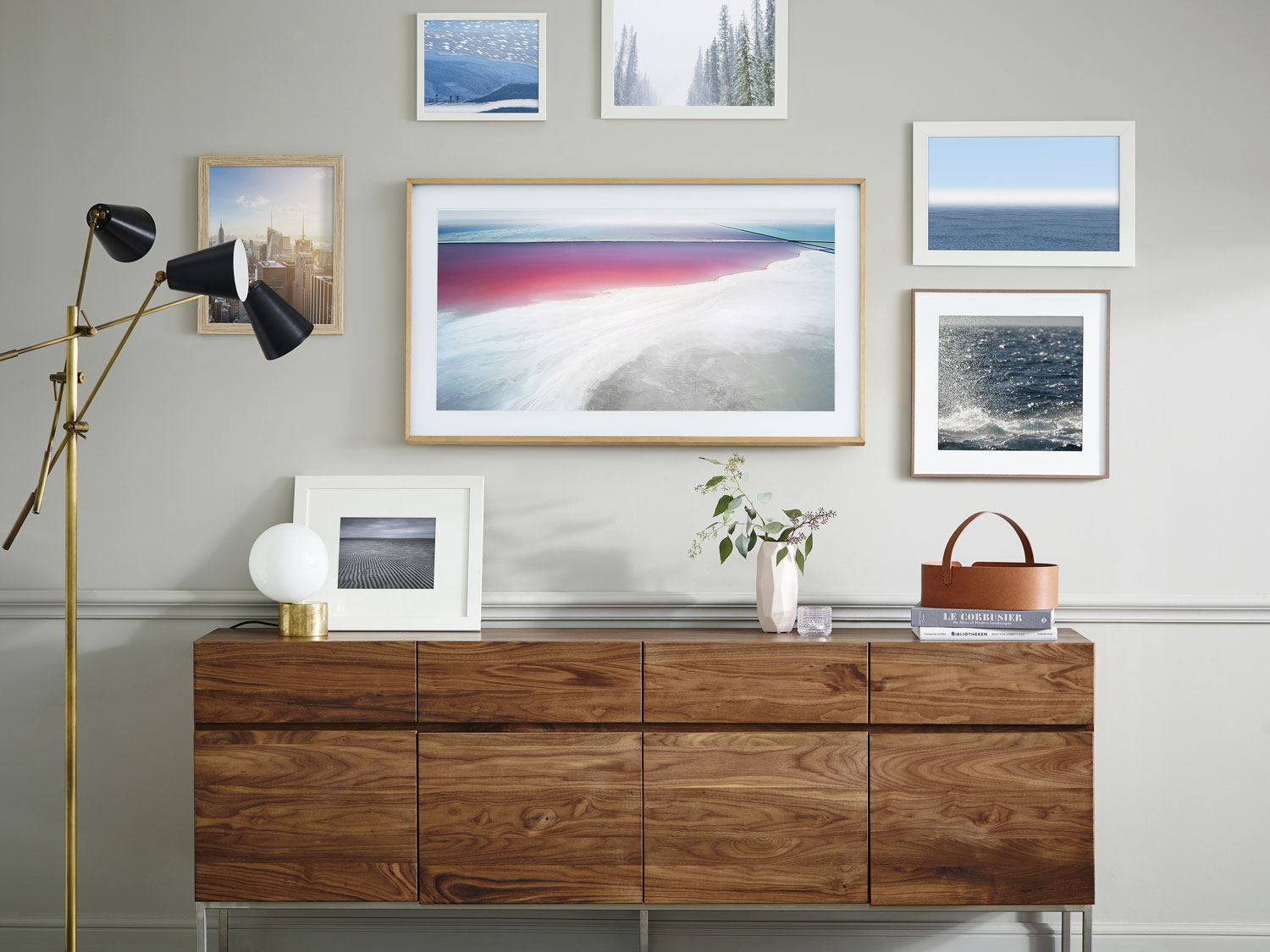 Swiss designer Yves Behar has collaborated with Samsung on a new television, which is thin enough to disguise itself as a picture frame when it’s switched to “art mode”.

When it’s turned on The Frame functions as a smart television, but when it’s turned off it can show a collection of artworks chosen by the owner from a library of lisenced professional artworks.

These might include prints, drawings, photography and paintings. To this end curator Elise Van Middelem has been recruited to work with artists from around the world and license their work. 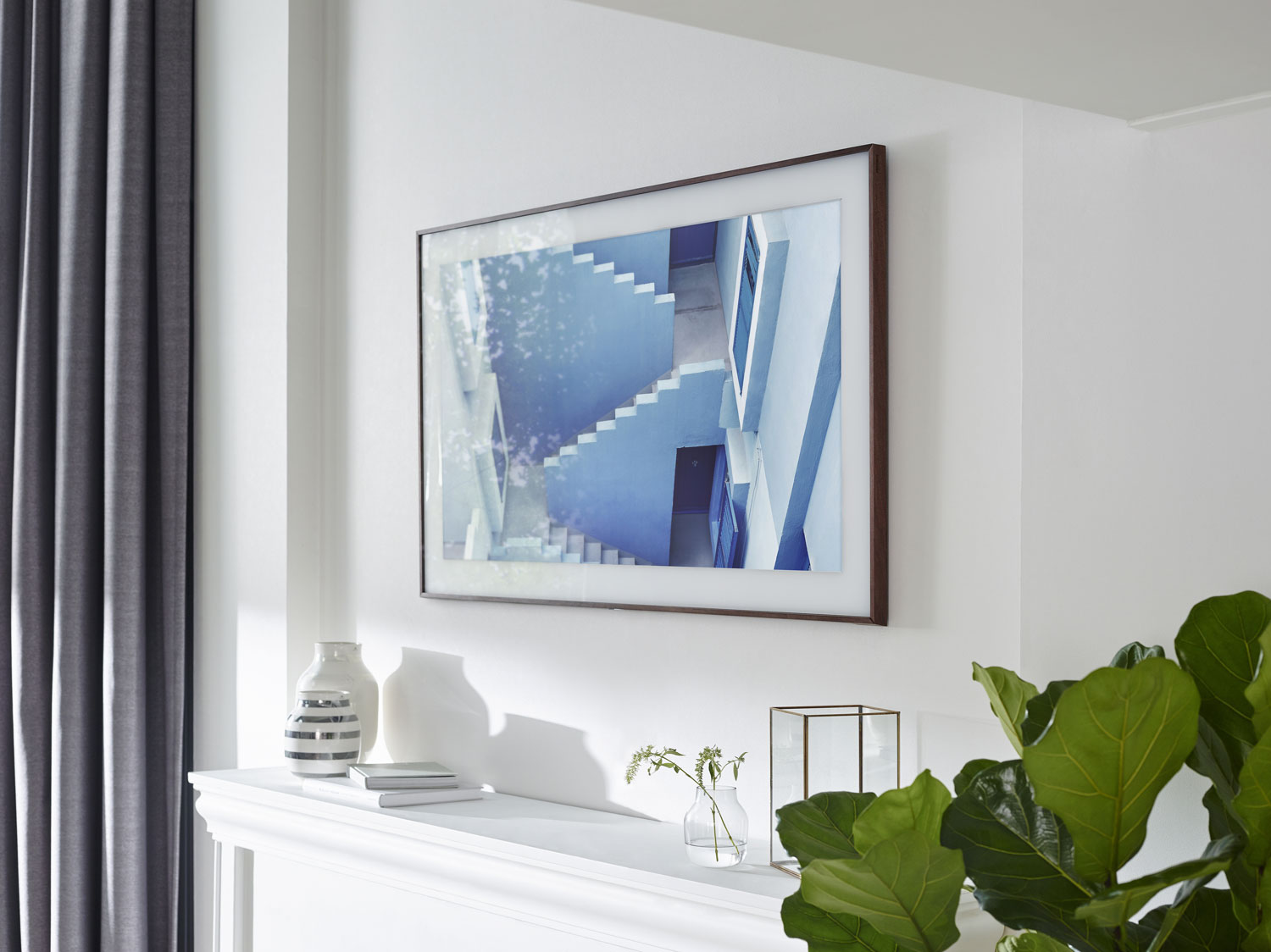 There is also the opportunity for people to upload their own images such as family photos.

The product features a low energy display. In addition to this, sensors and mirrors can detect the lighting and movement in the room, adjusting the backlighting on the screen accordingly.

This has the effect of making the art look as real as possible. It is encased in a customisable frame, set in a choice of natural materials.

The collaboration was born out of the idea that a television could be thought of “not as a consumer electronics product but as part of our home,” says Behar.

He adds: “Just adding art works to a TV wasn’t the solution. While the idea of a display showing artwork is not new – the fundamental difference with The Frame is that art is at the core of its design and experience.” 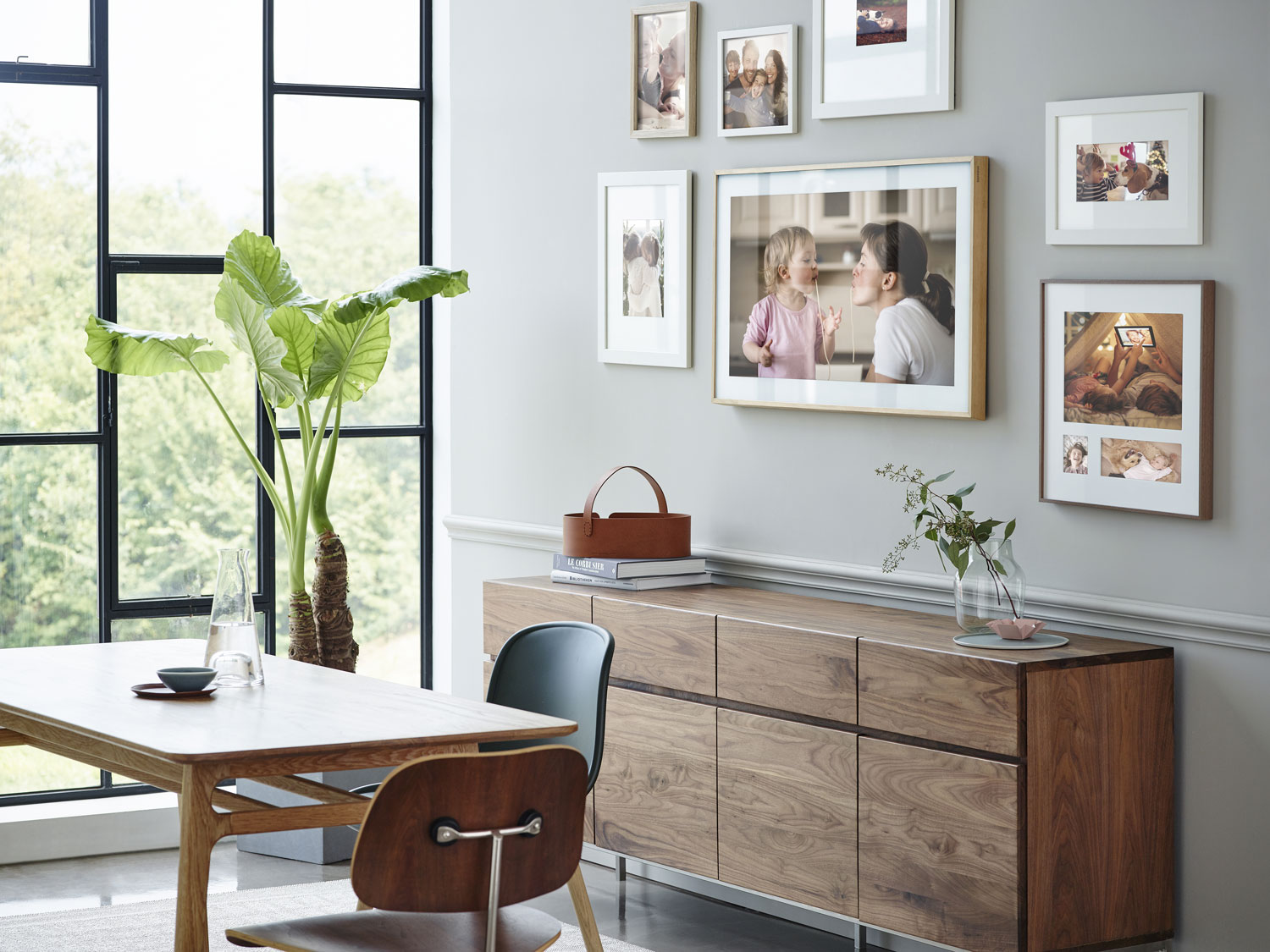 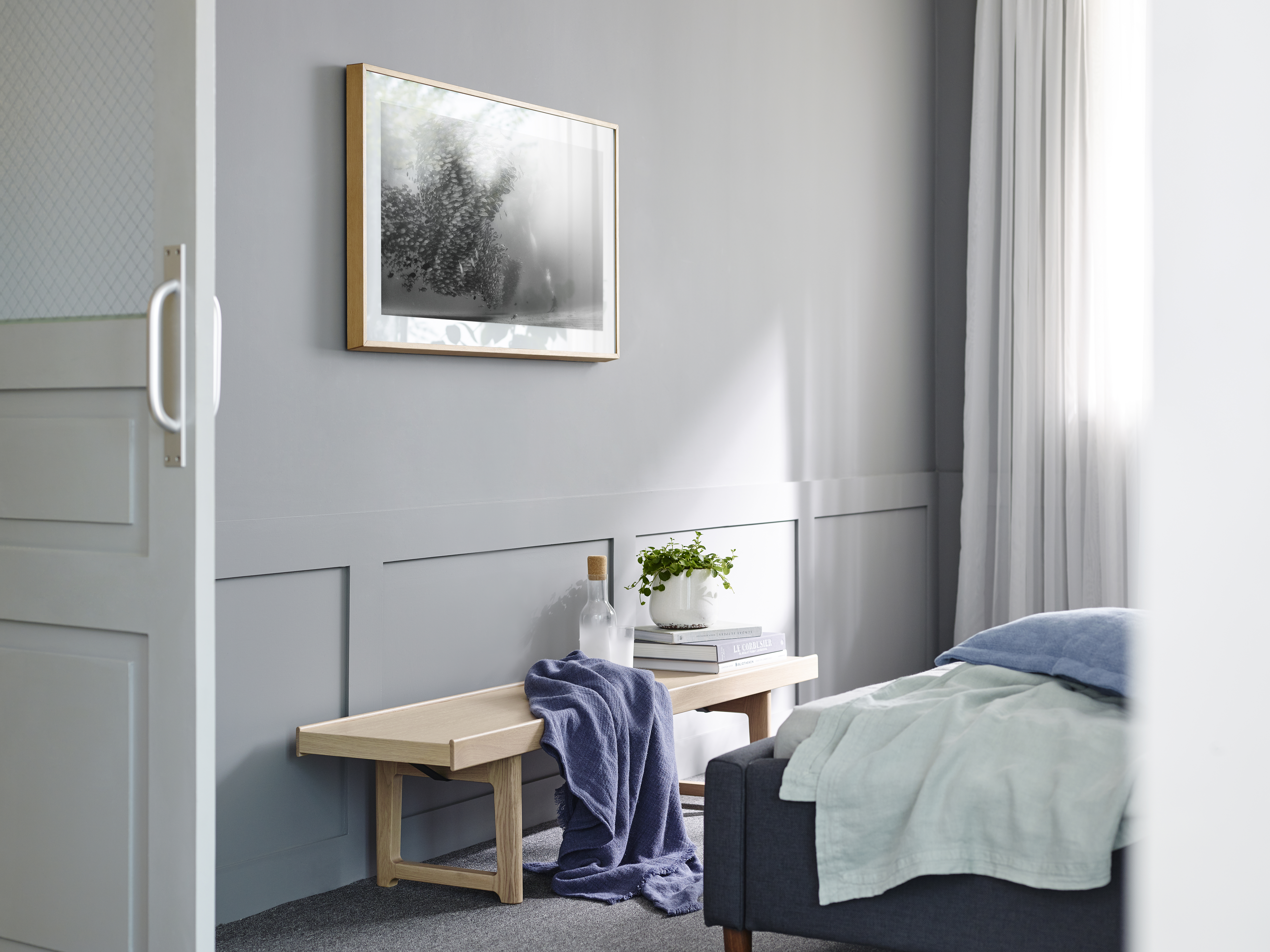 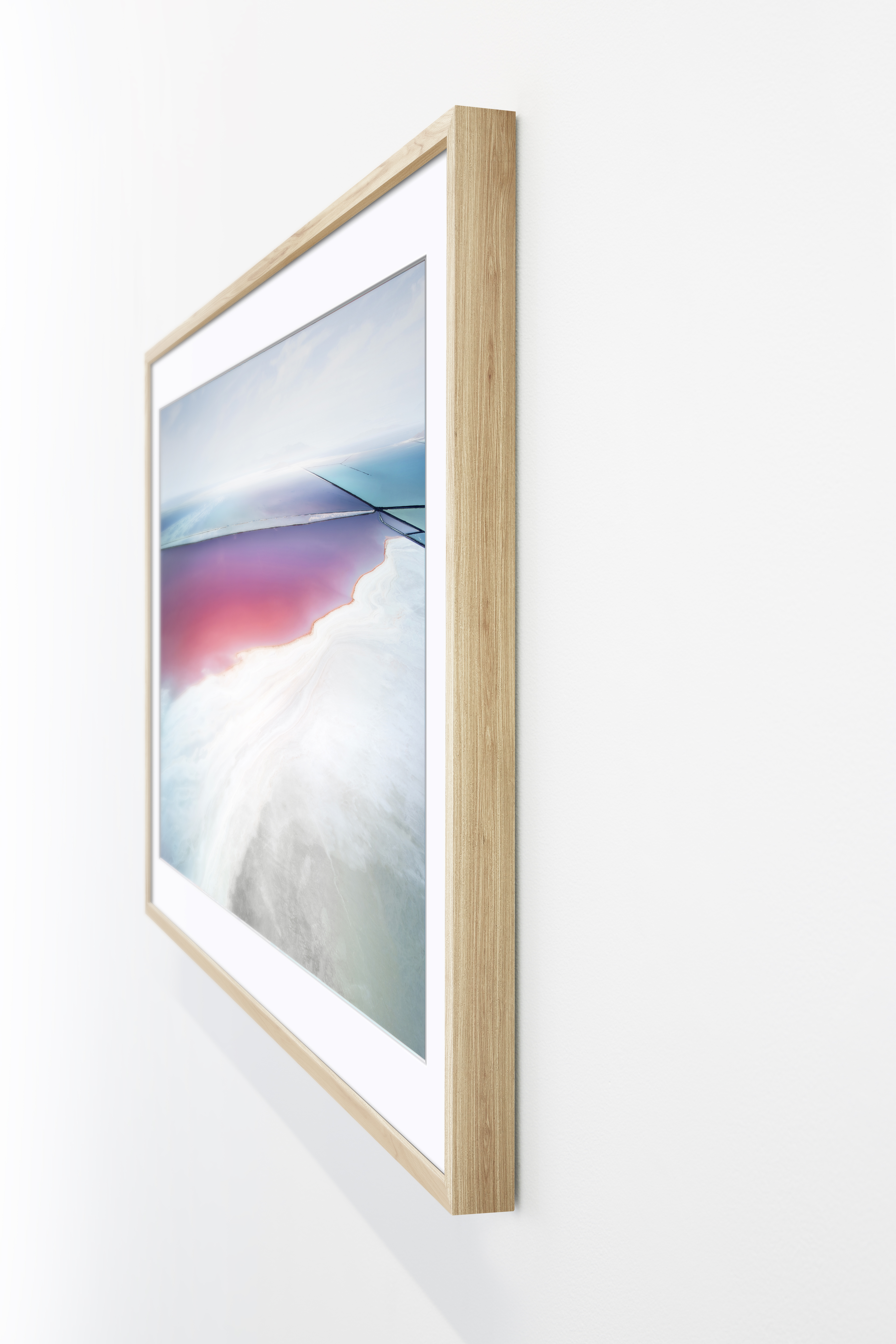 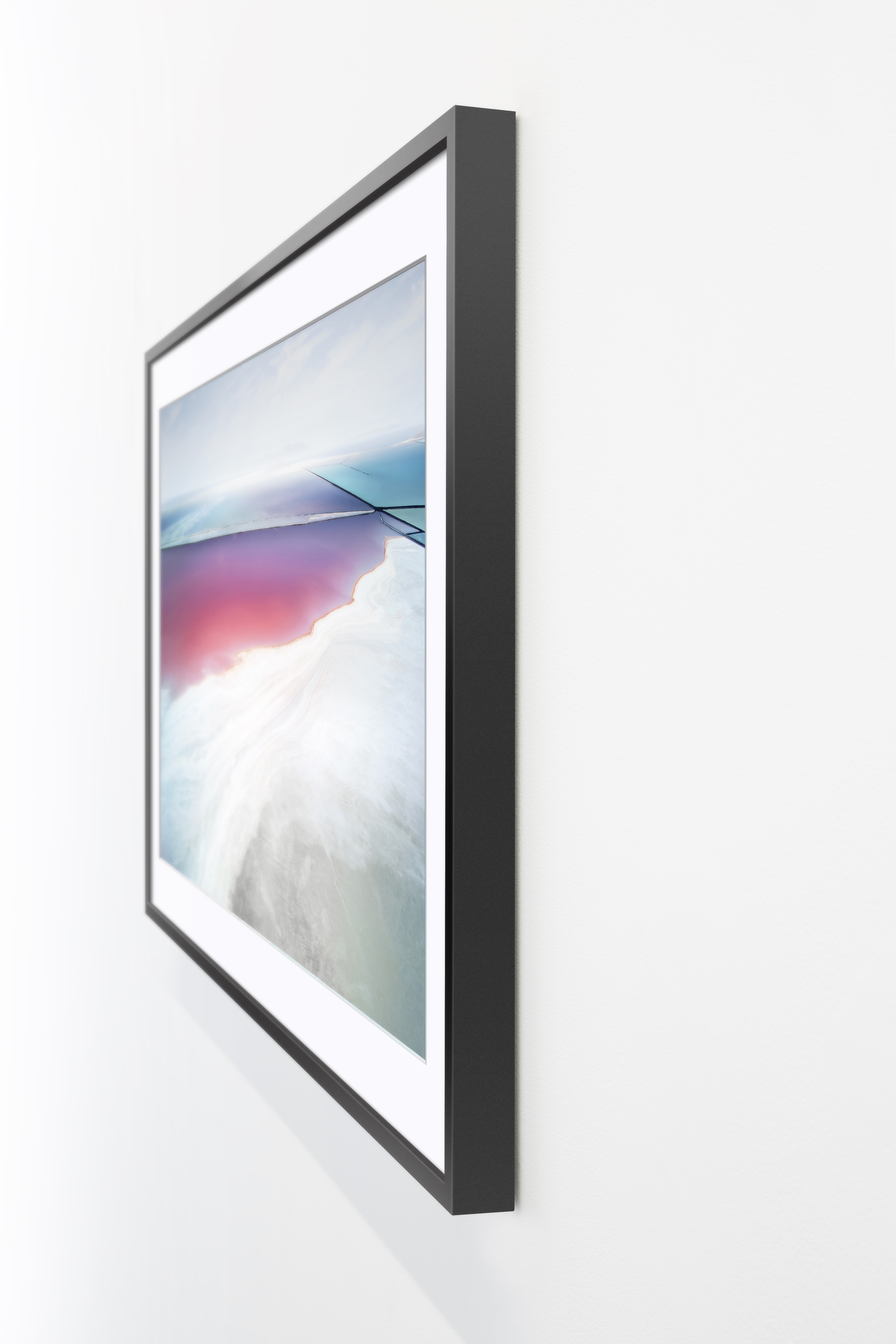