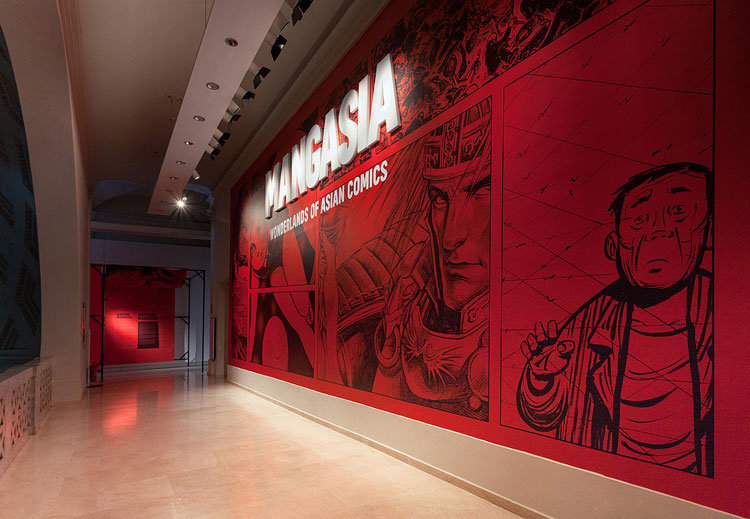 The Barbican has opened a new exhibition exploring the history of Asian comics, featuring graphics and installations created by Pentagram.

Mangasia: Wonderlands of Asian Comics is currently on tour at the Palazzo delle Esposizioni in Rome, Italy, and sees original manga artwork from countries including Japan, Korea, China and Taiwan.

Curated by comic book expert Paul Gravett, the exhibition highlights some of the most famous creators, characters, graphic novels, magazines and multimedia from the world of manga, as well as the creative processes behind them. It also looks at the wider impact of manga on film and TV, music, games, fashion and contemporary art.

Manga is a type of Japanese comic book and graphic novel that is aimed at both children and adults.

Pentagram partner Marina Willer has created the visual identity for the exhibition, which takes cues from the storytelling devices used in manga comics. These include panels featuring comic storyboards that are set at different angles and sizes.

The panels appear in various colours, including bright red, yellow and pink, to distinguish each of the exhibition’s different sections and themes, and help guide visitors through the space.

Former Pentagram partner William Russell – now founder of William Russell Architects – has designed the structure used to house the travelling exhibition. It is made entirely from durable paper material, as a tribute to Asia’s longstanding paper-craft tradition.

The Barbican has also commissioned Pentagram partners Jody Hudson-Powell and Luke Powell to create a digital installation for the exhibition, which takes the form of a giant robot called Mechasobi.

Created in collaboration with anime designer Kawamori Shoji, the installation is based on an imagined future where building-sized robots are used to build cities, and can be controlled by visitors.

Mangasia: Wonderlands of Asian Comics is running at Palazzo delle Esposizioni, Via Nazionale 194, 00184, Rome, Italy until 21 January 2018. The exhibition will then tour to Nantes, France from June to September 2018. 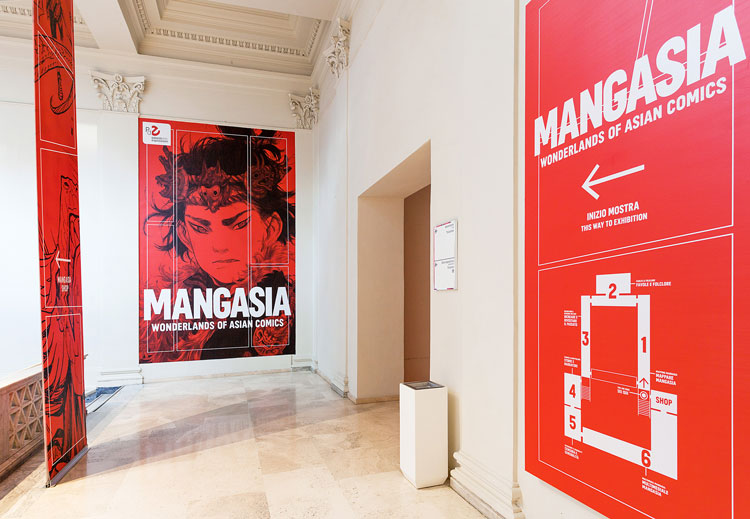 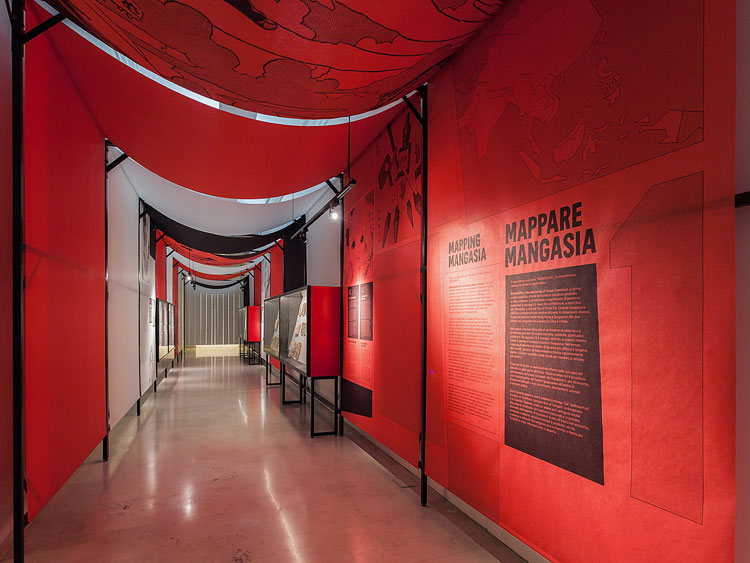 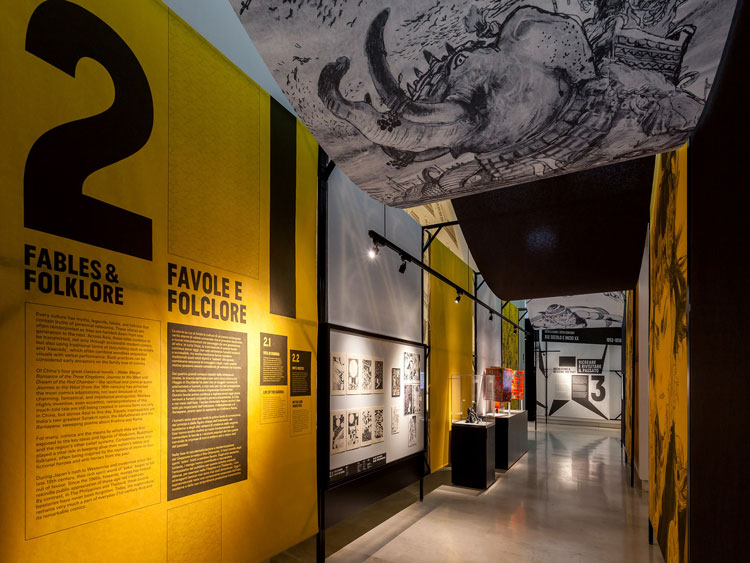 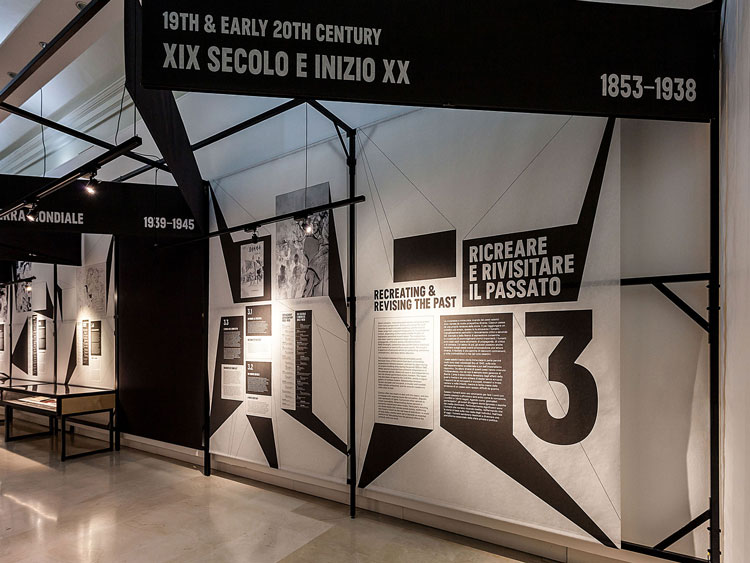 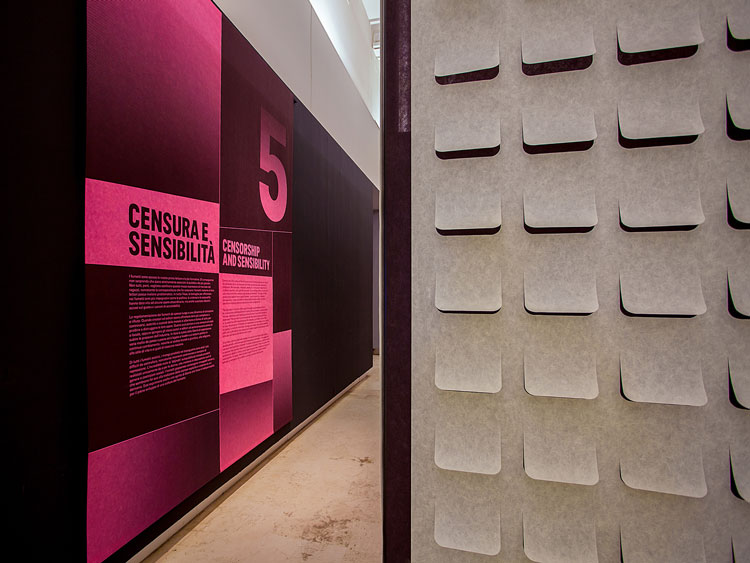 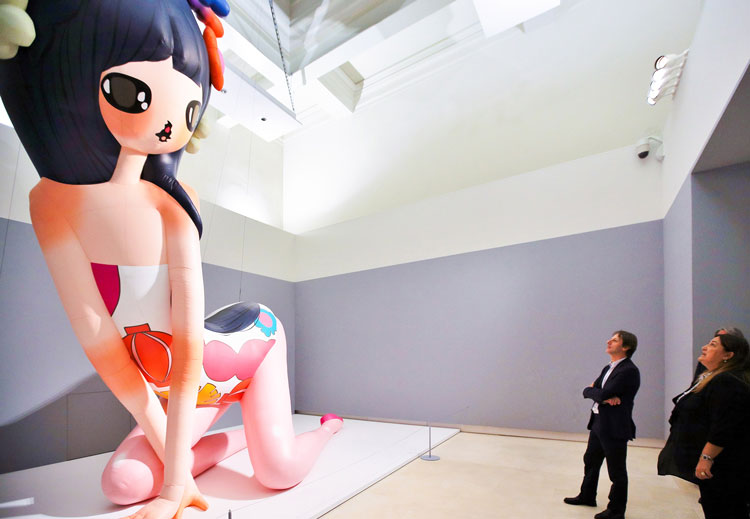 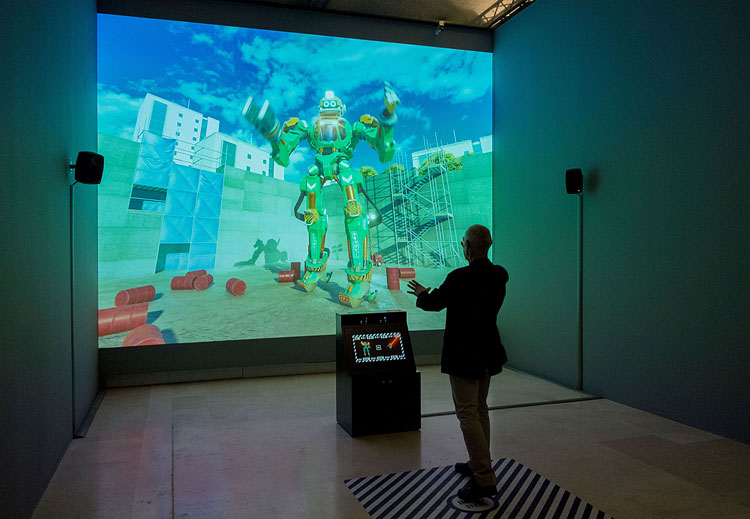 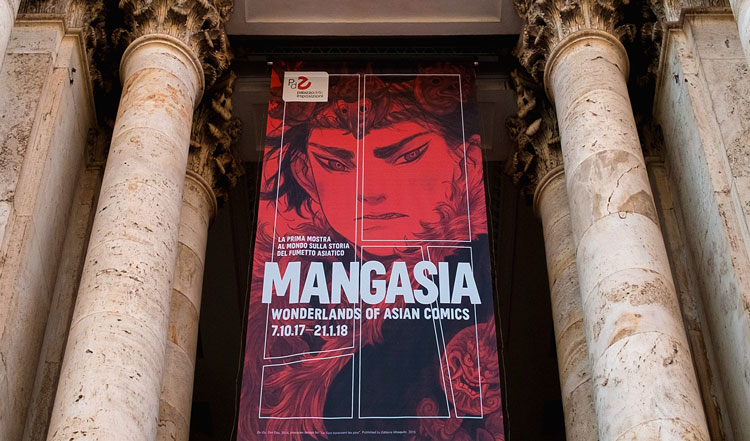 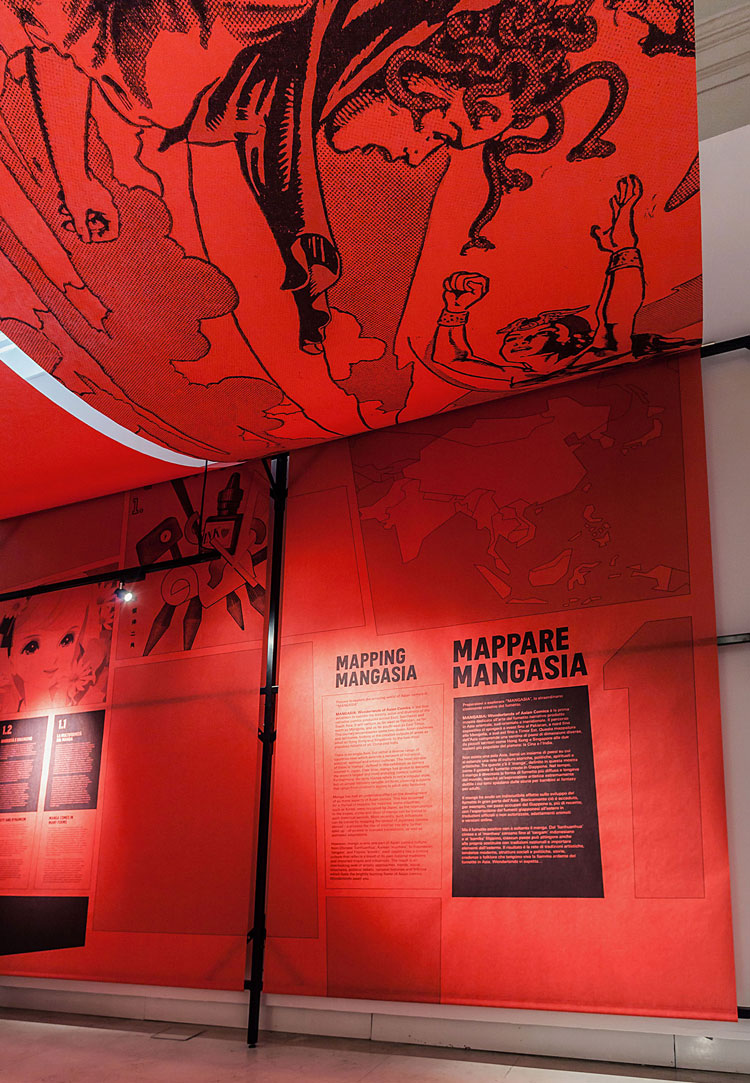