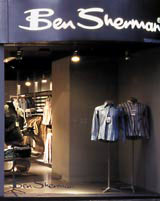 Walk down any British high street on a Saturday afternoon and you’ll know it’s a shopping jungle out there. Competition is intense and only the big beasts of the retail world are really walking tall – those with killer formats and advantages of scale – brands like TopShop, Hennes & Mauritz and a resurgent Marks & Spencer.

UK consumers have been spending voraciously in recent times, but now they appear to be losing their appetite. November 2002’s retail sales growth was the slowest for two years. Shoppers and stores alike are more cost-conscious than ever. US group RPA is planning to return to London after two years away (DW 6 February), but is this any environment in which to be relaunching a retail design consultancy?

According to a Mintel report, published last month, UK retailers spent £16bn on shopfitting and interiors in 2002 – with a median spend per ft2 in the £100-£150 range. Business for designers has clearly been pretty good. Can such investment be sustained?

Independent analyst Clive Vaughan is doubtful, expecting most to ‘batten down the hatches and wait for better times’.

‘It won’t be a recessionary year, but it will be tough for retailers,’ he says. ‘Consumer spending will be grudging and discounts will continue to be required to encourage it. The housing market is coming off the boil and falling spending will impact on household goods retailers. Consolidation pressures are also evident – with Safeway, House of Fraser and Allders in play.’

Another retail analyst, Verdict chairman Richard Hyman, thinks ‘the mini retail boom of 2001/02’ is over, but maintains the fundamentals of the UK economy are sound. He predicts ‘a period of more moderate growth, not a move into reverse gear’.

Although a pessimist might argue there’s a time lag before such factors affect designers, Din Associates creative director John Harvey is optimistic.

‘We’re still very busy,’ he says. ‘People are worried about the slowdown, but we’re getting plenty of enquiries.’ The consultancy has recently created a ‘next generation non-branded store’ for Nicole Farhi and is working with Boots the Chemists and Fenwick on more mainstream projects.

Harvey adds, ‘Design keeps going forward at a fairly fast rate. Historically, there were brands that could sit back and trade off their reputations. But the cycle of product going into stores is so much quicker now and it’s a matter of design reacting quicker. Boots and WH Smith, for example, are no longer guaranteed customer footfall – the competition is a lot stronger.’

Mintel analyst Richard Caines feels the refurbishment market is buoyant because many chains have expanded to optimum capacity in the UK. It’s difficult to find new sites and consumers have increasingly sophisticated expectations of design. As a result formats need frequent revision.

Bigger chains also mean hard bargaining with suppliers. In short, clients want more for less. But the good news for designers, Caines believes, is that ‘opting out is not an option’ for retailers. ‘Across the board, brands need distinct and effective store designs,’ he notes.

Mintel’s research suggests there are some design basics that groups have to focus on before they ‘overlay the right image’. In a peculiarly British way, decent toilets come high on the list – which gives a rather more literal meaning to what brand consultants describe as hygiene factors.

Joking apart, Caines regards tone of voice – or appropriateness to audience – as key to any retail concept’s success. But Hyman, with an eye on the business proposition, adds, ‘Design is a support act, not the act itself, and needs to reflect the strategic positioning. It has to tune in to the retailer’s customers, otherwise you get the tail wagging the dog.’

Caulder Moore’s work for Ben Sherman, Clarks and The White Company has eye-catching elements, but creative director Ian Caulder says it’s all in line with each retailer’s sales vision. ‘Clarks didn’t want to sit back even as leaders in the market, it wanted to stay one step ahead. We needed to move the design forward without alienating the customers.’

Clarks has been traditionally known for its high levels of service but ‘time-poor’ shoppers want to get ‘in and out quickly’, says Caulder. The group had to respond by creating a format that made the stores easier to shop.

Looking ahead, Harvey thinks ‘non-branded’ or ‘anti-design’ styles will ‘trickle down’ closer to the high street. But he acknowledges this individualistic approach doesn’t lend itself to large-scale roll-outs. Otherwise, he foresees ‘richer environments’ where the consumer is ‘more cosseted, comfortable and relaxed’.

Caulder agrees, pointing out that retailers want to move away from the ‘predictable palette’ of minimalist styling towards something more ‘decorative’. He adds, ‘It’s about detail and texture – a bit more, not a bit less.’

All the same, Caulder says balancing such demands with tight cost control is a ‘double-edged sword’. While Vaughan says no sector is doing ‘terribly badly’ – and home-related markets should perform better than most – he’s not holding out for a ‘big upsurge’ in retail investment until consumer spending picks up. The climate may be reasonable now, but there are clouds on the horizon.

Screen-based technology at point-of-sale: ‘the scale and scope of these developments… heralds a new era in retail theatre and promotion’

Botoxing the brand: ‘With the right shell, features injected at the first stage can be given a facelift within a short timescale of 3-5 years’

Misinterpretation may be a product of BBC coverage