Back in the summer, the creative team behind Glastonbury Festival’s Shangri-La launched the “world’s biggest” music and arts festival in virtual reality (VR).

Following on from the success of the two-day event, which was called Lost Horizon, the team has since announced a collection of new VR gigs which are taking place in the run up to the end of the year.

A series of four-hour VR events have been scheduled in December, with the team working to create bespoke worlds for each of the more than 30 musical artists on the roster. As the shows get underway, Shangri-La and Lost Horizon creative director Kaye Dunnings speaks to Design Week about how the creative team has made the events possible. 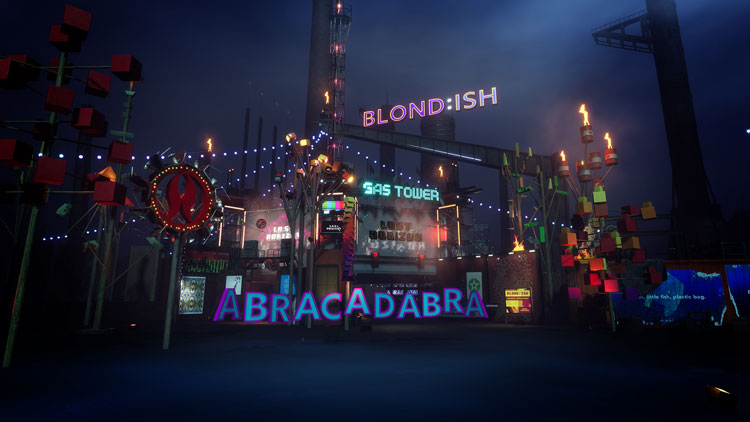 “We knew we had something really special back in the summer and could see that there was a way forward,” Dunnings says. With lockdowns still occurring some six months on from the initial festival, Dunnings and co felt pressing on with further Lost Horizon events was more relevant than ever.

The initial Lost Horizon was developed and designed in less than three months, according to Dunnings. Thinking over the offering after the June event gave the team time to “sit back and have a look at how we wanted to move forward”, she adds.

The new gigs will be set in the same space as the original Lost Horizons space, which replicates the real life Shangri-La area complete with a virtual Gas Tower, but with new features. One such highlight this time around will be bespoke “worlds” which the team have created for each artist, in a bid to better define their personalities to the audience. Dunnings has been working with Dead Walk design studio managing director Shaun Davies on this side of the project.

“For example, for the Infected Mushroom gig [23 December], we’ve created a trippy, psychedelic space which reflects the music,” says Dunnings. Meanwhile the world for the 28 December performance from He.She.They will feature walls plastered with the group’s manifestos, which seek to teach about equality and the queer community. 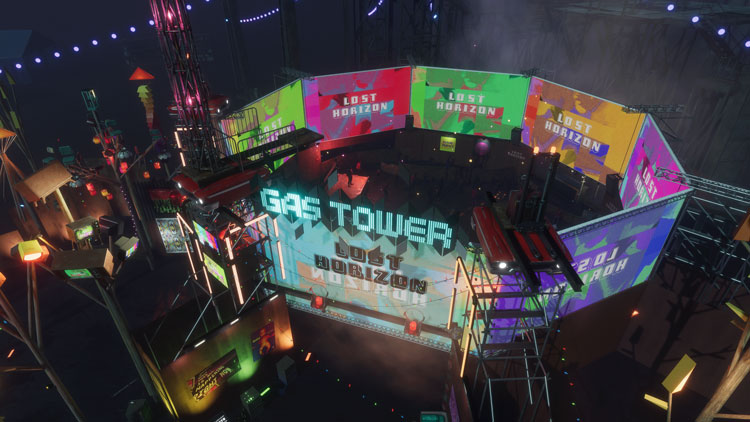 “Recreate the real experience where we could”

While music makes up a big part of the Lost Horizon offering, Dunnings’ work specifically is more focused on “showing off the art and creativity”, she says.

As with last time, the art gallery will be open in the VR space. This is important both to give focus to artists and their creations, but also to provide a “breakout” area for virtual revellers to explore. By providing these external spaces beyond just the dancefloor, the team aims to replicate the feel of a festival in real life as much as possible.

Additionally, the team is working on other experiences which better reflect a real-life festival, such as virtual meet and greets. These will involve creating avatars for certain performers, which then allow them to engage with groups of fans one to one. DJ Blond:ish, for example, will be leading a guided meditation before her set on 19 December. 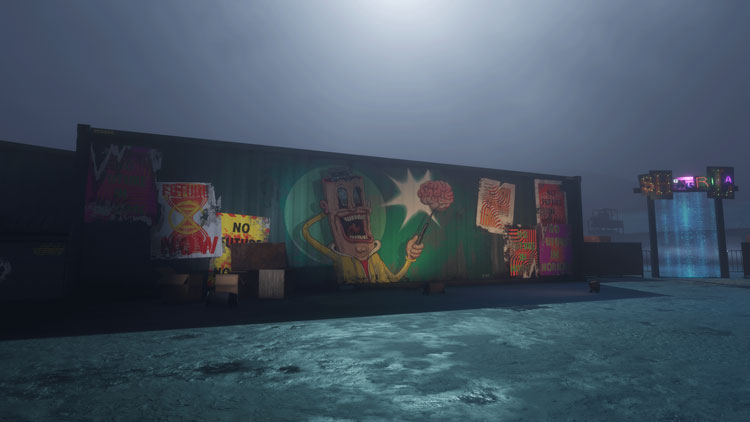 “We can still be environmentally conscious in a virtual space”

The new events will also give the Shangri-La team the opportunity to further its environmental mission, Dunnings says. A virtual recycling game is being worked on for the platform, which aims to be both interactive and impactful.

“I just felt like the right way to put across our real-life messages of ‘Leave no Footprint’ and ‘Don’t be a Dick’,” says Dunnings.

Additionally, the team will also be working to calculate the carbon footprint of the virtual event, so as to “walk the walk” with its climate commitments.

“We can still be environmentally conscious even in a virtual space,” she says. 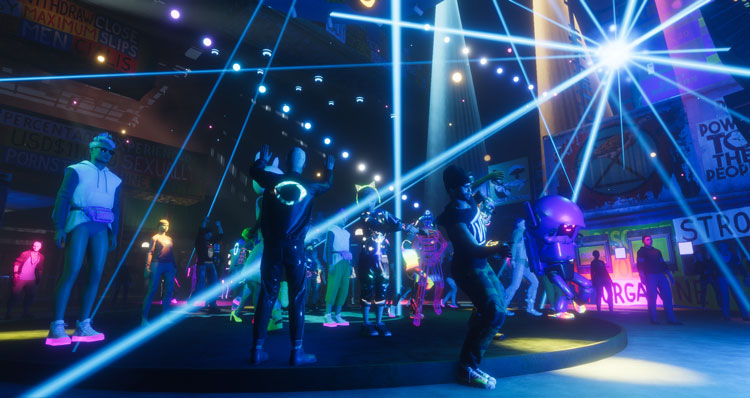 “The most meaningful experience”

Back in the summer, Dunnings says most people watched the festival by streaming it. This was to be expected, since many people don’t have the capacity to watch in VR.

But having just completed the first event last weekend, she says the team is impressed to see that a lot more people were tuning in via VR this time around.

“This is how you can get the most meaningful experience,” she says.

To ensure that those who are still streaming are still able to experience all that Lost Horizon has to offer, Dunnings reveals the team has been working with VR streaming platform Sansar – one of the groups behind the initial Lost Horizon – to make it more engaging. Streamers will be able to control their camera angles, for example as well as speak to each other through the in-platform chat feature.

“We’re all still so desperate for human contact, so whatever we can do to give people something they’ve been missing is important to us,” she says. 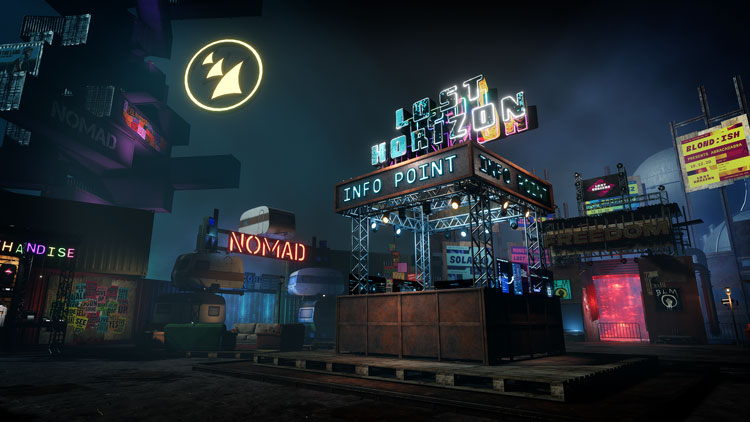