The Royal Society of Arts (RSA) has revealed the winners of its Student Design Awards, which focus on solving “real-world” issues.

The RSA’s competition is the longest running of its kind in the world. Past winners of the accolade include former Apple chief design officer Jony Ive, former Nike head of innovation Richard Clarke and co-founder of IDEO and designer of the first laptop Bill Moggridge.

This year marks the 97th edition of the awards. Participants this year were tasked with developing solutions to “real-world problems”. The winning projects, according to RSA director of design and innovation Joanna Choukeir, are evidence that applicants have their fingers on the pulse of “pressing social and environmental challenges” and are “thinking and acting in the long term”.

Students were offered eight briefs, covering issues like redistributing health access, supporting local woodland, and bridging the divide of social media. Here are the projects that caught our eye. 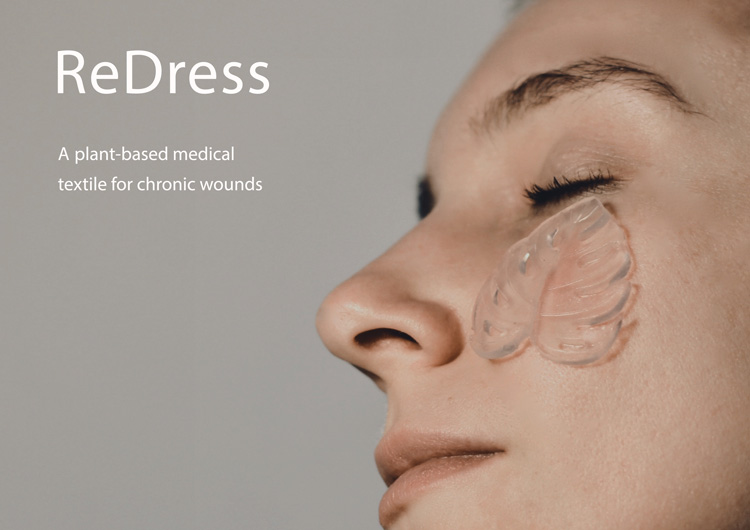 Single-use medical textiles like bandages and gauze are a huge source of waste in healthcare, with most made from non-biodegradable materials that are incinerated after use. In designing ReDress, Imperial College London student Kerri Cooper has applied the principles of biomimicry which could close this loop in the future.

ReDress uses wood pulp to create a bioplastic, which can then be used as a functional dressing for wounds needing medical care. The material mimics the texture of bamboo leaf, which means it boasts the moisture-wicking properties that are required for good healing.

The possibilities are big for an idea like this, Cooper says. If the healthcare sector could be encouraged to use a solution like this it could significantly reduce waste, and promote a more circular approach to medical treatment, according to Cooper. 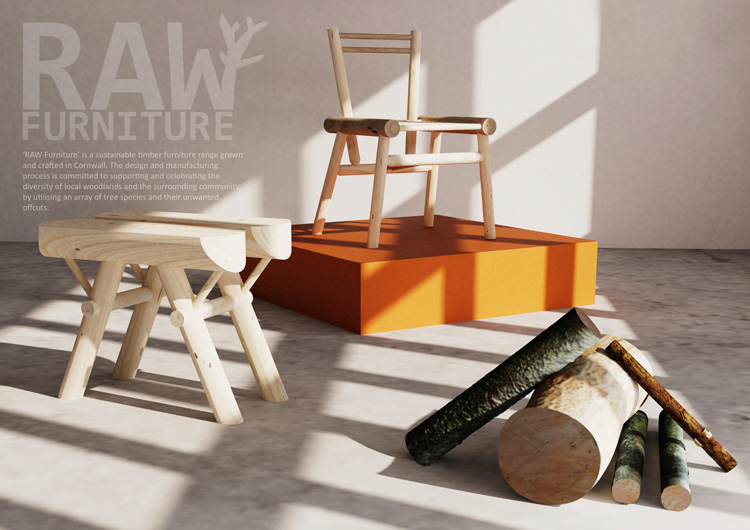 While woodlands are an important ecosystem, they only cover about 13% of the UK landscape. In Cornwall, the average is even less, at only 8%. But with intentional planting, these numbers could be boosted significantly by essentially “joining up” existing wooded areas. Northumbria University student Harry Peck’s Raw Furniture project seeks to support this idea.

Raw Furniture proposes a furniture range constructed from wood grown and crafted in Cornwall. The process of doing so would both regenerate the local economy, which has experienced significant job losses recently, and promote increased planting and dedicated woodland management.

Peck has designed a series of pieces that are simple and pared back. As well as allowing the wood to take centre stage, this design approach also minimises waste and makes use of offcuts, which would otherwise go unused.

Phytophthora Ramorum is a fungus-like tree disease which can cause death for more than 150 plant species in the UK. Once identified, trees affected by the incurable disease require felling. They are then burnt to prevent further spread. It’s a process that causes significant waste.

University of Dundee student Marianna Lordou has developed Potium in an attempt to curb some of this waste and support replanting efforts at the same time. Potium uses the waste material from felled trees, which can be pulped and turned into biodegradable plant pots. These can serve as plastic-free alternatives to traditional plant pots, and can be returned to the ground through planting, adding nutrients back to the soil in the process.

Lordou was inspired to develop this course of action because Larch trees in Scotland are particularly susceptible to the disease. As such, a lot of waste is created in dealing with outbreaks. She explains that by developing waste management systems like this one, we can support jobs, stop waste and encourage better woodland management. 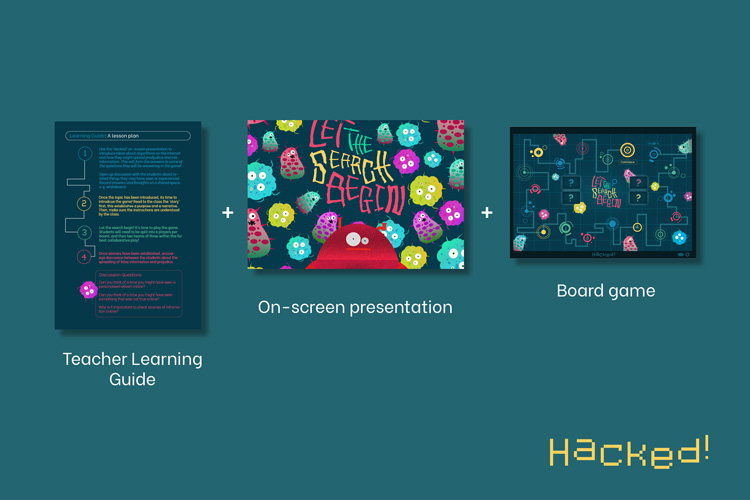 Today’s youth and the generations that will follow are digital natives. This means from an early age, children are online and consuming content. But without proper education into how algorithms and tech shape online existence, we risk them being vulnerable.

Hacked! has been developed by students Izzy Tippins, Ella Coldray Watson and Jared Appleton from the University of the West of England in an attempt to address this. It is an educational board game for children aged eight to 11, which teaches about algorithms, how they work and impact what we consume online.

The game is designed to be interactive, collaborative and fun, while still unpacking the topic of misinformation on social media. The students say it can be used to supplement existing curriculums on digital literacy, coming with a teacher learning guide and classroom tools, or used as a standalone activity. 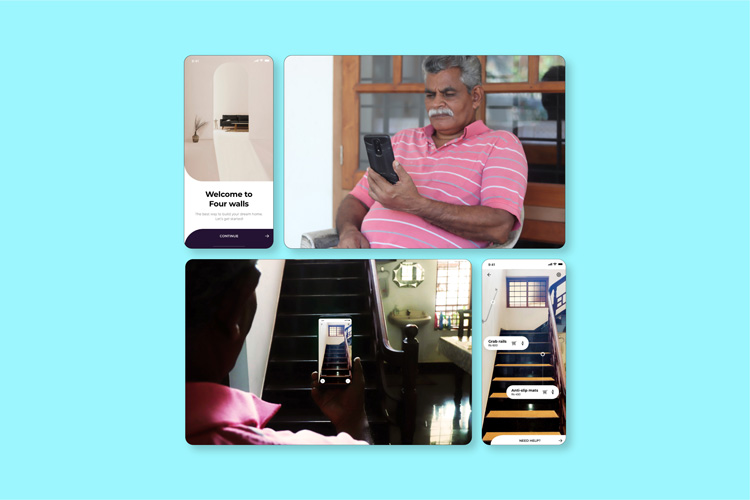 Motivated by the growing number of disabled people projected to live in India by 2050, and the lack of accessible buildings, National Insititute of Design student Athul Dinesh has developed Four Walls. Four Walls is an app, which gives advice on accessibility for those looking to redesign their homes.

Users can learn about upgrades and products from Four Walls which are tailored to their home environment. Advice is two-fold – those looking for pre-made products can do so, while people looking for more bespoke solutions are directed to a small network of local experts and labourers to consult with.

The information supplied by Four Walls is supported by research throughout and can be accessed via a smartphone.

Migrant organisations play a huge role in the lives of the people they support, often doing so where other systems fail. Support from a migrant organisation can help people navigate a new community or culture and give those in need a collective voice. Despite being well-intentioned and vital however, many of these organisations often teeter on the edge of collapse.

Granted is a digital platform which aims to address this. The tool supports organisations to access the necessary grant funding needed to keep going, as well as tracking activity and milestones. The result is a more stable reality for these organisations and the people they support – which in turn means better planning for the future.

Students O’Cleirigh and Dima say the support on offer via Granted would tackle one of the biggest challenges the sector often faces, which is the transfer of power from one leader to the next. Granted would provide a synthesized record of organisational activity, making the hand-over smooth.

Which is your favourite student project? Let us know in the comments below…

You can view the rest of the winning student projects on the RSA website.