Deva Pardue is a poster girl for today’s millennial pink, Instagrammable version of feminism. Since graduating from New York’s School of Visual Arts (SVA) in 2011, the graphic designer has single-handedly built an in-house design team at women-only members club The Wing, founded a “fempowerment” design initiative that raises money for women’s charities, and worked with several other organisations to champion women’s rights – all before turning 30.

Pardue originally grew up in Ireland, before moving to the US with her family aged 16 and finishing her last few years of high school in Florida. Despite being an avid doodler when she was young and having a father who worked in graphic design, Pardue admits that being a designer was never her first plan. “That might be because my dad did design, and there’s that rebellious thing of not wanting to do what your parents did,” she says. 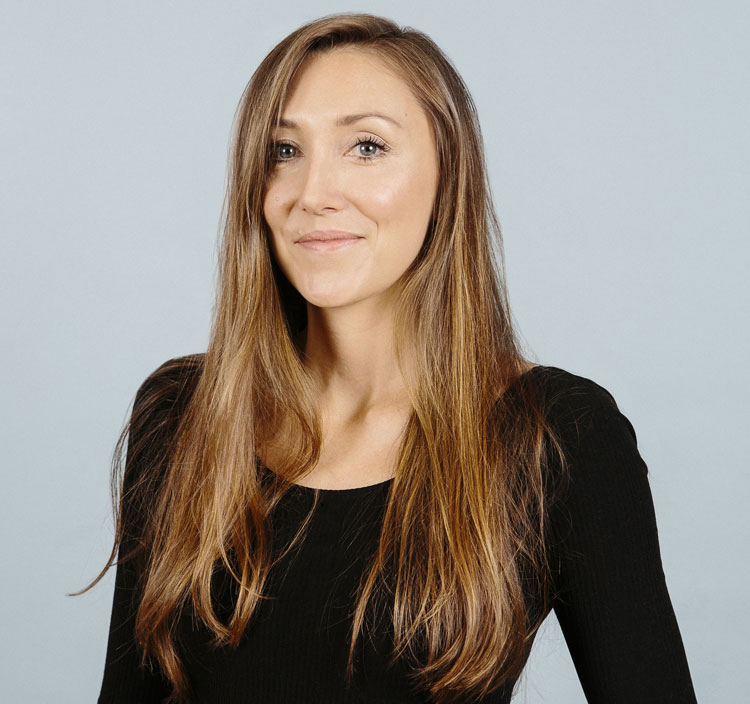 At the time, Pardue’s favourite school subject was psychology and she became obsessed with the human psyche. It was only later on when she thought about combining this with her love of sketching that graphic design became an obvious career choice. “When I put the two together it makes sense that I ended up in design,” says Pardue. “In a way it’s a fusion of both those things; it’s art but it’s also very much about people and how they perceive things.”

Pardue had heard her father talk endlessly about Pentagram during her childhood. When she started at the SVA, she made a calculated decision to target teachers from the consultancy’s New York office. This included graphic design legend Paula Scher, who ended up being Pardue’s tutor for her final year thesis. The designer’s tactics and hard work paid off, landing her successive internships with two partners at the consultancy, Luke Hayman and Michael Beirut. Fortuitously, just as Pardue’s internship at Pentagram was coming to an end, newly appointed partner Emily Oberman was in the process of building her own team. She interviewed for a designer role and never looked back, working under Oberman for four years until 2016.

Pardue describes her time at Pentagram as “all-encompassing” and a “second education in and of itself”. She worked across the spectrum of branding, identity and motion design for clients as varied as NBC and the Minneapolis Institute of Art. It was during her time there that the designer also started carving out a niche working with brands and organisations within the feminist sphere, such as a not-for-profit initiative called Girls Build LA that encourages middle and high schoolers to develop STEM (science, technology, engineering and maths) skills and women’s creative mentoring network ArtTable. 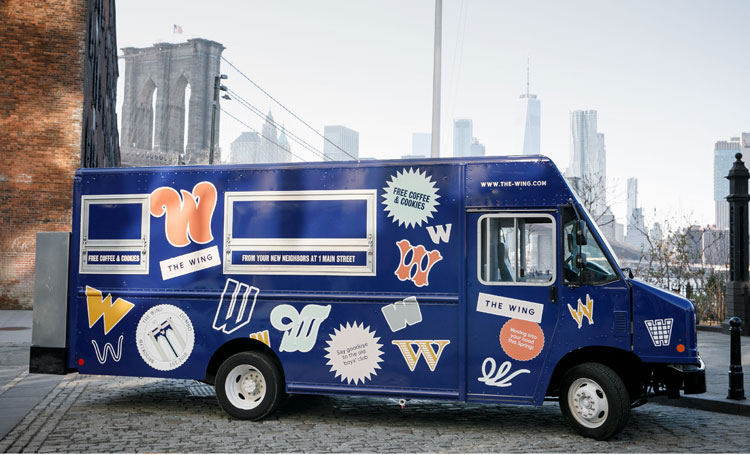 In another twist of fate, the final project Pardue worked on while at Pentagram was creating the identity for a new members club and co-working space exclusively for women, which ended up being called The Wing. It definitely came along at the right time for her and the rest of the all-female design team that worked on the project, says Pardue. “Being on one team [meant that] we had got into a very formulaic way of working, which in a way is a good thing and in another way can become stifling. I think that job helped us out of that a little bit, because it was such a different kind of client,” she adds.

The final identity Oberman’s team settled on for The Wing aims to be indicative of the kind of feminism sweeping through people’s social circles and Instagram feeds today, representing everyone from the bankers to fashion designers who make up its membership. Every element of the club is dripping in millennial pink and funny-yet-empowering witticisms, such as its “bag lady” totes and 1-800-Hotline-Wing pins (one for any Drake fans). “There was a lot of talk about women having multitudes,” says Pardue. “That was the reason we used lots of different ‘w’s’ [for the logo]. It shows that a feminist can like shopping and doesn’t need to apologise for that.”

Fast-forward a year and Pardue has come full-circle, swapping consultancy life for an in-house role heading up The Wing’s design team. Founded by Forbes 30 under 30 recipient Audrey Gelman – who previously worked as a press aide on Hilary Clinton’s 2008 presidential campaign and is a childhood friend of Girls creator Lena Dunham – the club does not appear to have lost any of the fresh-faced and feisty feminist spirit it started out with. 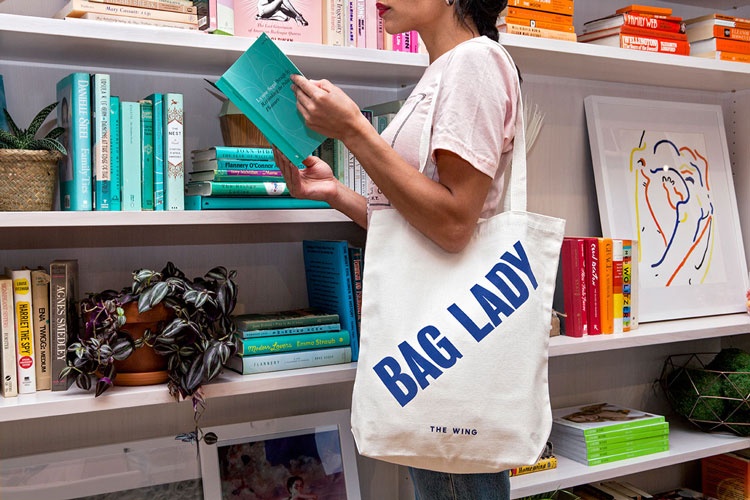 Pardue’s role over the past nine months has been to harness that energy into a coherent and consistent vision for the company. This began with the task of creating a team from nothing (she now heads up a team of five designers), and overseeing the design of everything from posters to café menus. She has also recently been promoted from design director to senior creative director; a move that consolidates her increased workload as the start-up has rapidly grown to include multiple locations across the US, a flourishing retail business and its own magazine called No Man’s Land.

Making the switch from brand-side to in-house has been a steep learning curve for Pardue. “I’m in a lot of meetings these days, which I don’t know how I feel about yet,” she says. “It’s been a big shift from being someone who sits at the computer and does all the designing, to doing a lot of administrative work. It’s something that I’m adapting to still, but I’m enjoying it a lot.”

Despite the obvious differences in job description, Pardue says that she has brought much of what she learned during her time at Pentagram to her new role. The most significant of these lessons has been the art of the pitch. “I definitely learned a lot at Pentagram about how to speak about your work, and that’s from watching people like Emily [Oberman] and Michael [Beirut] present,” she says. “I think the way you present your work is almost as important as the work itself. You need to be able to sell it and get people to buy into it, even more so sometimes when you’re in-house.” 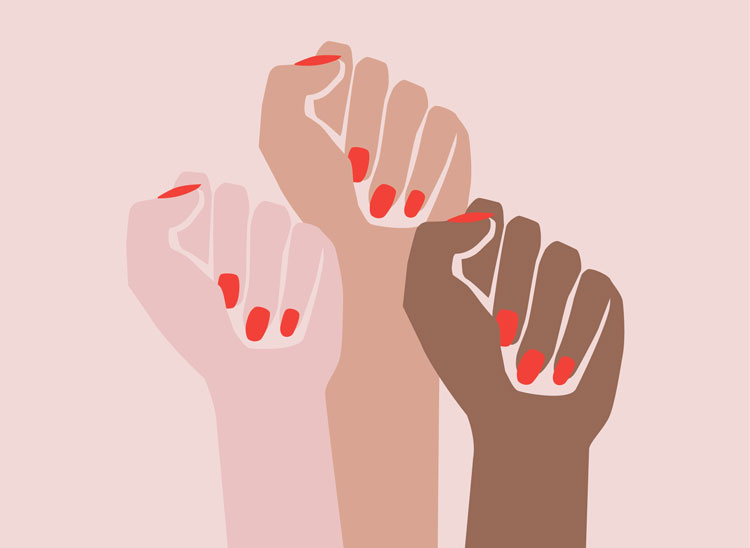 Alongside her role at The Wing, Pardue also manages to juggle her passion project For All Womankind, a design initiative that raises money for a number of women’s charities such as The Centre for Reproductive Rights, Emily’s List, Joyful Heart Foundation and Safe Horizon. Founded by Pardue after the shock US election result in 2016 that saw Donald Trump elected over Hillary Clinton, the initiative has so far raised over $17,000 (£12,560). This can largely be put down to Pardue’s “Femme Fists” design, which went viral last year.

“I was doing some visual research and found that there were no feminine-looking clenched fists,” Pardue says, explaining the inspiration behind the design. “Even ones that had been used by women’s movements in history such as during the 1970s were all still quite aggressive and male looking.”

In contrast, Pardue’s design depicts three manicured, women’s fists with different skin colours raised up defiantly in the air. The designer made the Femme Fists freely available ahead of the Women’s March in early 2017. It was shared by celebrities including Rihanna, Reese Witherspoon and Naomi Campbell in the run up to the protest, and the rest is history. Pardue largely puts the impact made by the Femme Fists campaign down to being in the right place at the right time. “I couldn’t find one when I made it, but now if you Google feminine clenched fists there are so many. In no way do I think that is because of me – if I hadn’t done it then someone else would have.”

The common thread running through the female-first start-ups and organisations like The Wing and For All Womankind that are popping up at the moment is that they clearly tap into the zeitgeist of a new kind of feminism. This iteration is just as vital and agenda-setting as the waves that have come before it. Crucially though, it also looks good – and that’s where designers like Pardue come in. 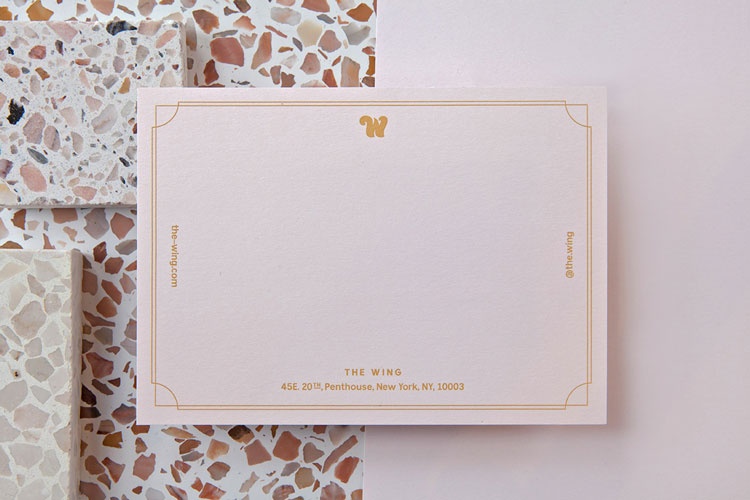 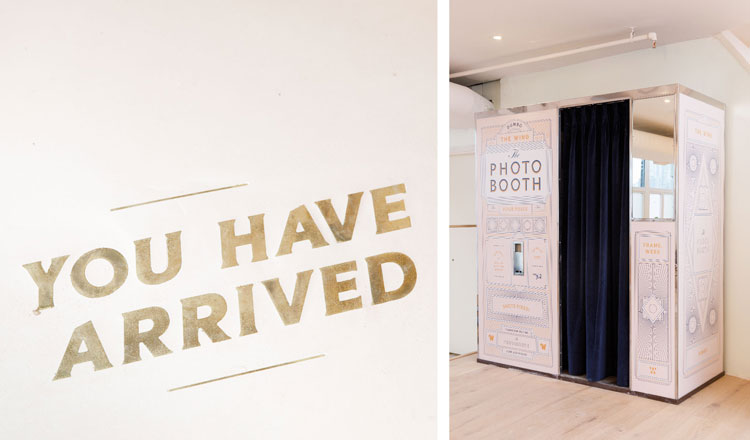 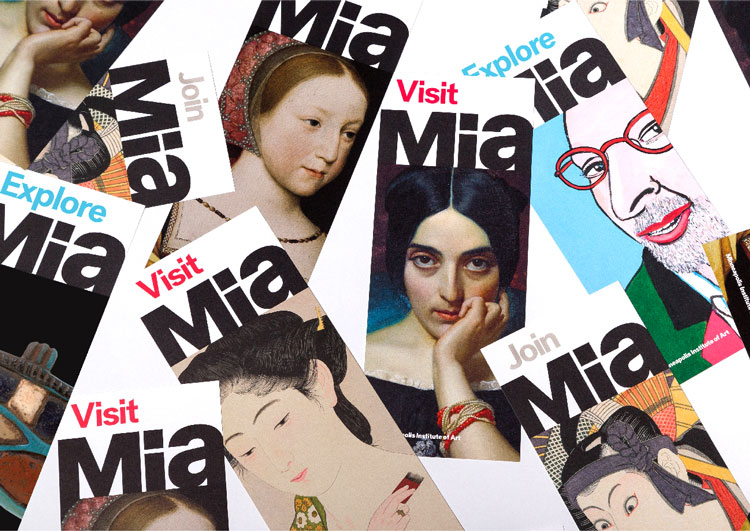 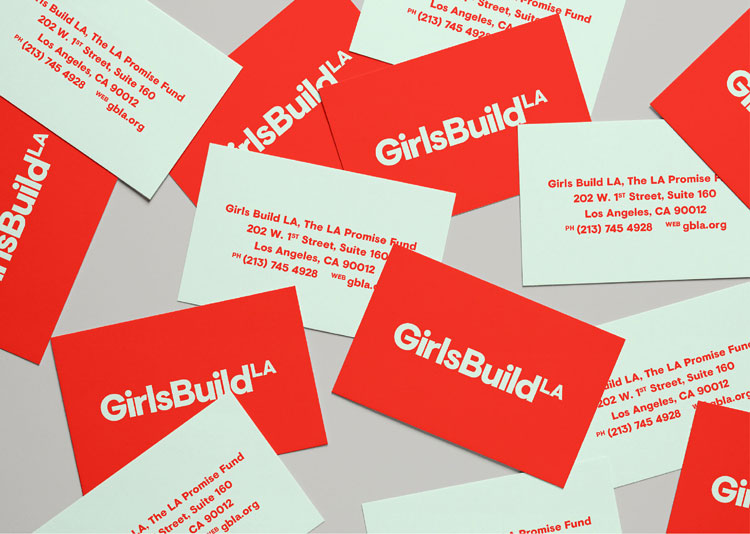