Barnbrook has designed musician Rihanna’s first visual autobiography. The 504-page book contains more than 1,000 photographs of the star and is to be published by Phaidon.

The project was headed by senior Barnbrook designer Marwan Kaabour and has been some two years in the making. “The brief evolved as the design evolved,” says Kaabour. “But I think the idea of a narrative or story was always at the heart of the design.” 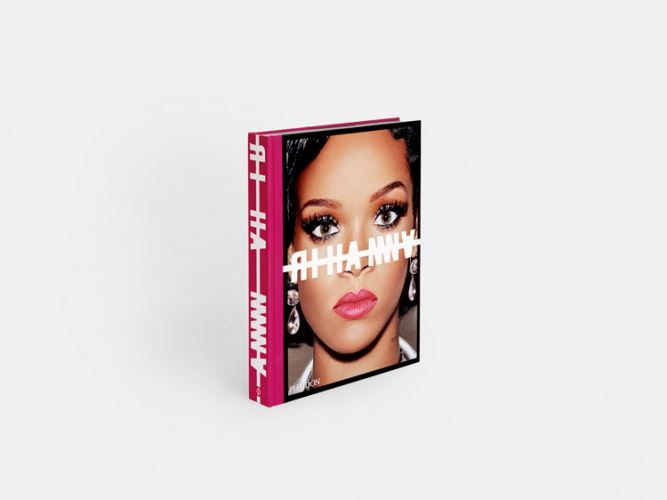 The book takes fans from her childhood in Barbados to her life today as a musician, designer and businessowner.  Much of the picture selection, Kaabour says, is from photographer Dennis Leupold, who has worked with the star for several years.

Tying the book and narrative together is a visual system that comprises words placed on a line, creating a strikethrough effect. “There are two reasons we went for this,” says Kaabour, “The strikethrough is reminiscent of a censorship bar, which evokes her attitude, image and edgy presence in popular culture. 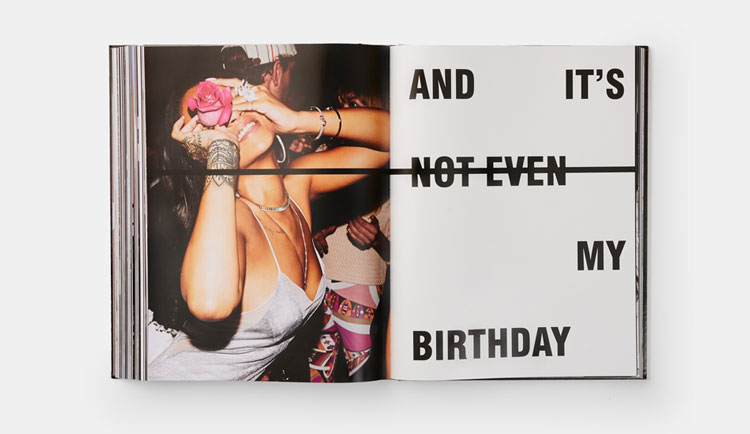 “The second is that it is a flexible system that allows us to adapt to different spaces and play with the words on the page.”

The project, Kaabour says, has been an “amalgamation” of creative input from multiple parties, chiefly the designers at Barnbrook, Rihanna’s team and the musician herself.

“Working on a project like that, as we have done with many other musicians, you just have to take the project as it comes,” says founder of the studio Jonathan Barnbrook. “[Rihanna is] the subject of the book so she very much has a say in what it should be like.” 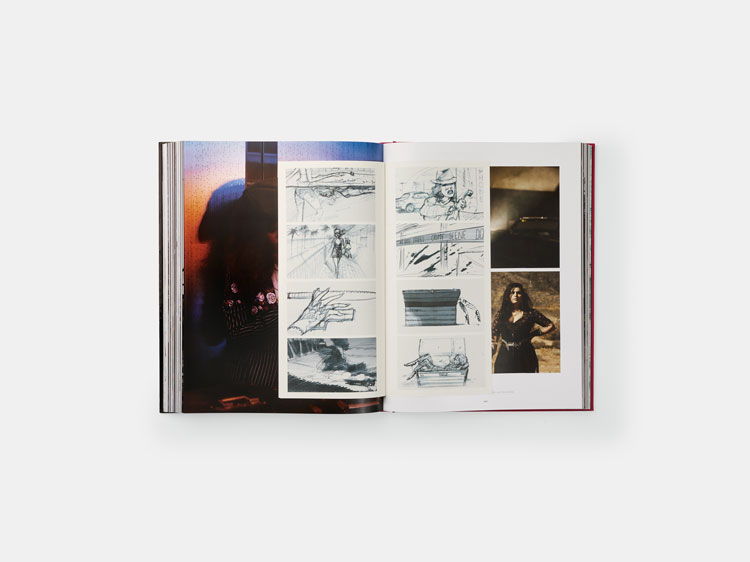 Kaabour echoes this: “You would assume in this kind of situation the artist would be very removed from the process, but we were actually pleasantly surprised that Rihanna really wanted to have a say in how it was put together.

“It ended up being a project that she was really excited to share and have as part of her universe, in the same way we were proud of it as designers.”

Rihanna is published by Phaidon 24 October (£120). The book will be available exclusively at Harvey Nichols UK and Ireland stores from 19 October