Hat-trick Design has created a series of stamps for Royal Mail to mark the kick-off of the 2015 Rugby World Cup, which will be hosted in England and Wales.

The consultancy worked with illustrator Geoff Appleton, and says it aimed to “show off the raw energy of rugby union”.

Hat-trick founder Gareth Howat says: “We wanted to represent the game of rugby as a whole, rather than particular players or teams.”

Howat says the consultancy considered a number of approaches, including photography, before settling on the “gritty” monochrome illustration style.

He says: “There’s a hell of a lot of moving images and photography around the Rugby World Cup and we wanted to do something different.”

The eight stamps each aim to show a different part of play – such as the scrum, the tackle, or scoring a try.

Howat says some of the illustrations are based on real photographs and some are based on composite or art-directed images.

He says: “When you try to get still images of rugby you realise what a messy game it is – far more so than football or tennis, for example.”

For the “tackle” stamp, Howat says Hat-trick worked with rugby club Saracens and got their players to set up a tackle, which could then be photographed for the stamp. The “pass” stamp was created in the same way.

Howat says the consultancy also considered using more colour, but found that “when you put in a colour it immediately becomes associated with a particular team – such as yellow for Australia”.

The eight stamps are being released today. The Rugby World Cup runs from 18 September-31 October. 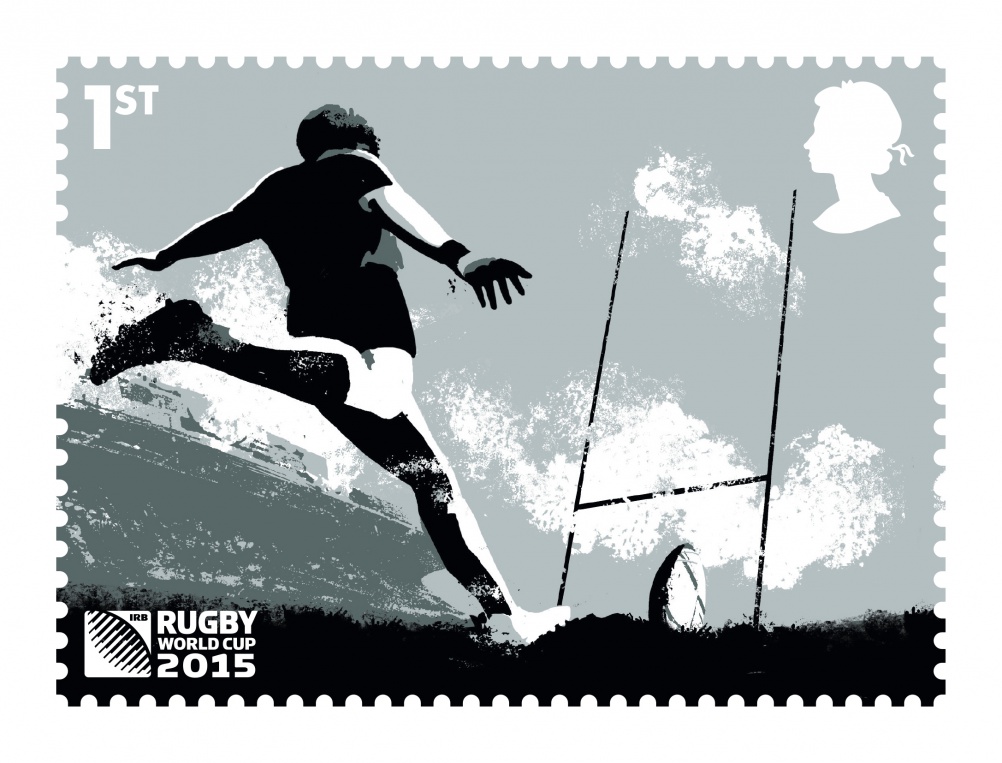 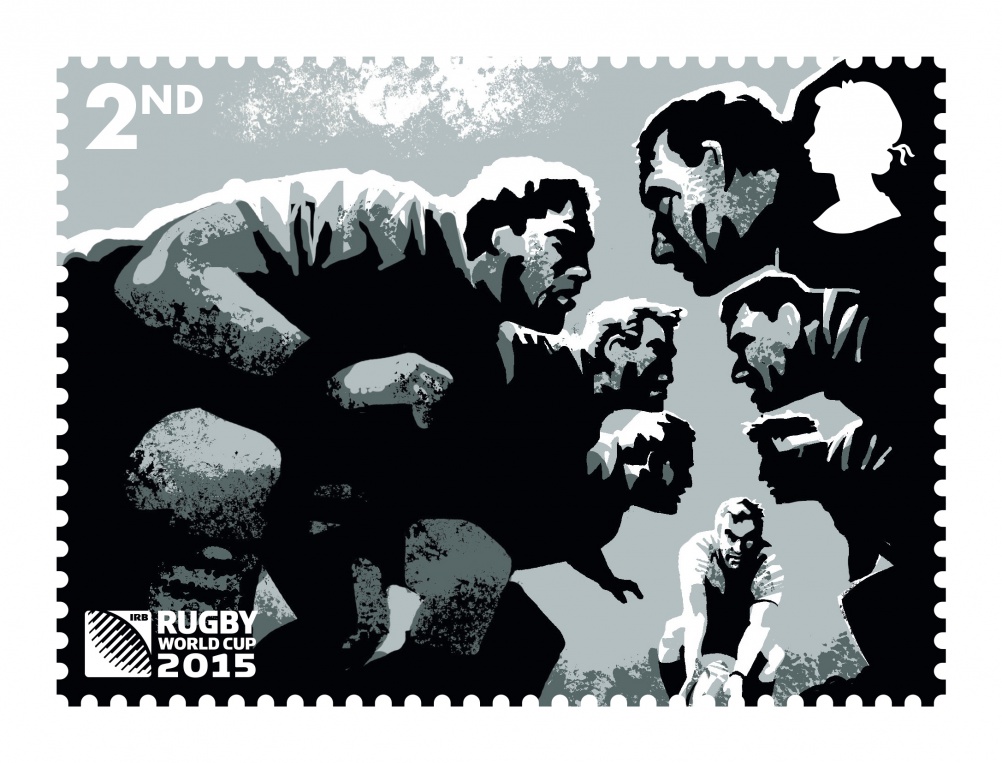 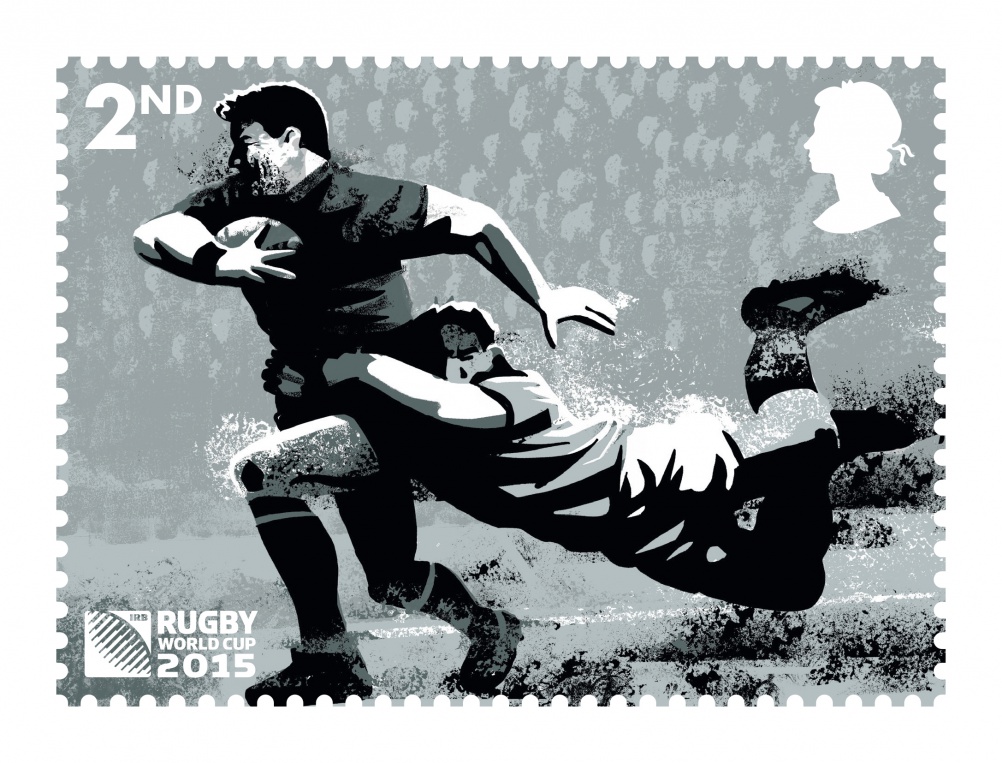