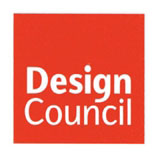 The Design Council has had its core funding cut by the Department of Trade and Industry, which delivered £6.5m last year, despite published projections of a £7m grant. The DTI’s revised projections also show that further reductions are in the pipeline.

A Government funding squeeze has seen the DTI underdeliver on projections of £7m in Grant-in-Aid funding for the past two years: in 2004-2005, the Design Council received just £6.2m, despite the larger provisional budget. The DTI has also reduced its 2006-2007 fund from an earlier forecast of £6.3m to a new projection of just £6.0m.

The Design Council is yet to publish its annual review for the year to 31 March 2006, but the organisation was already budgeting for a £700 000 cut in next year’s DTI funding, outlined in its May business plan. Instead, it is increasingly looking to fund projects through the Regional Development Agencies, the core backers of its Dott and Design for Business programmes.

However, the RDAs themselves are operating ‘zero-based’ budget reviews, in which no previous costs or activities are automatically carried forward into the following year without fresh justification.

In addition, all Government department spending is to be assessed under the 2007 Comprehensive Spending Review, which is likely to result in stringent cuts under the Efficiency Programme.