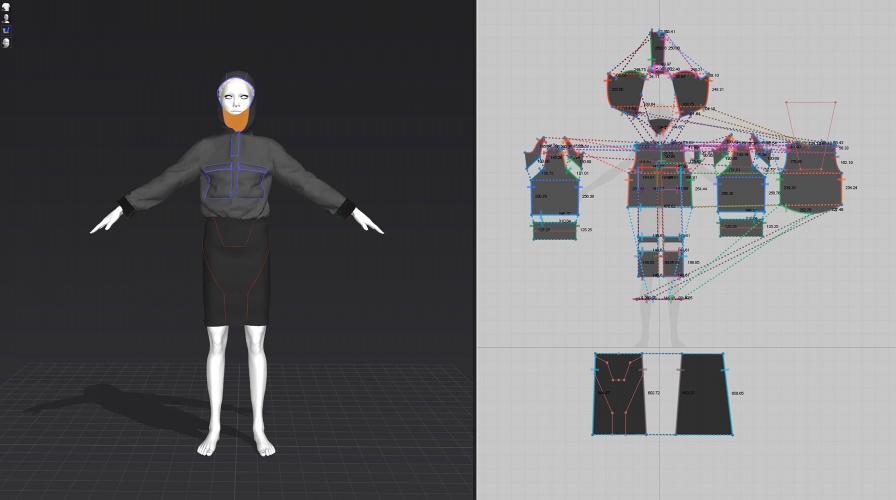 Neuro would allow fashion designers to digitally alter the fit of the clothing on virtual models, as well as other features such as colour and texture, without having to touch any physical fabric.

The first software programme used during the design process, Daz3D, is designed to create a virtual fitting model – based on the body shape and dimensions of real scanned models – which can be edited to pose in different positions.

Balavoine then uses Marvelous Designer, which is used to draw and cut patterns in 2D, just as a designer would in real life.

“Once all the parts are virtually sewn together, you can instantly visualise the design using a 3D gravity simulation which will display exactly how the garment fits on the model, as well as showing how it falls and the movement of the fabric,” Balavoine says.

Finally, 3dsMax allows the designer to change the texture, weight and colour of the fabric. This programme can also be used to create digital environments such as a studio, where virtual “photoshoots” can take place, creating images to be used in campaigns, lookbooks or videos.

Balavoine, who has been using his production “pipeline” for just over six months, says he was first inspired to adapt software systems like Marvelous Designer to fashion design by concept artists working within the video game and film industries.

“Talented concept artists like Maciej Kuciara or Ash Thorp…have actually [been] using these softwares for a while now, but for character development,” he says.

“With Neuro, my goal was to build the bridge between the different creative worlds and reflect the process in fashion.”

Balavoine says he hopes Neuro could be used by fashion designers looking to reduce production times and take a more eco-friendly approach to clothing design.

“This process could definitely become a business model in the near future, in which you can design garments without fabric, have a “just-in-time” production, and promote the garments even before producing them via virtual reality catwalk, digital campaign or look book.”

The designer says he is currently in talks with designers about potential collaborations, but is unable to confirm any details at this time. 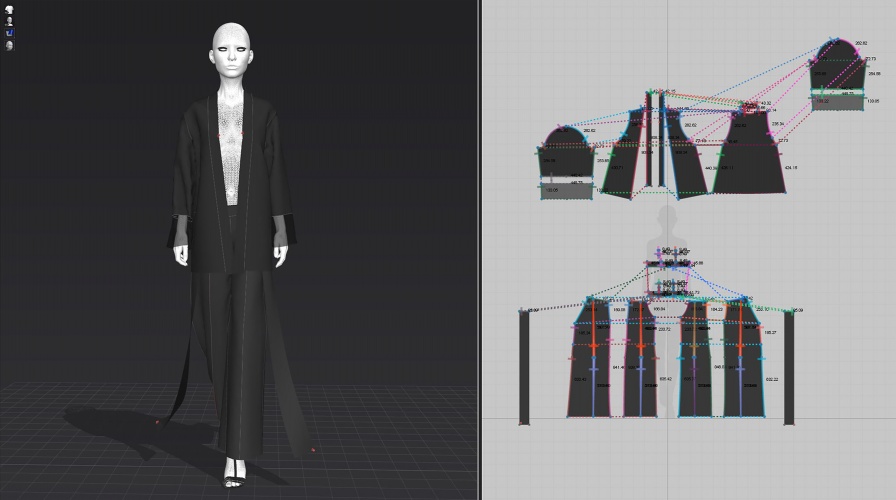 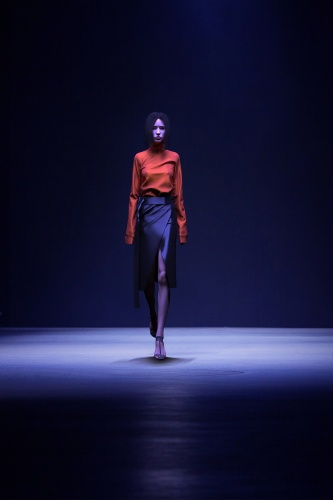 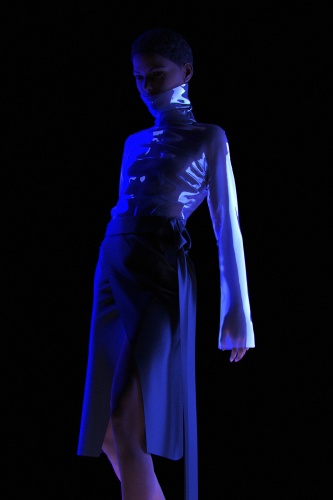