Institute for Creativity and Technology, by Brinkworth 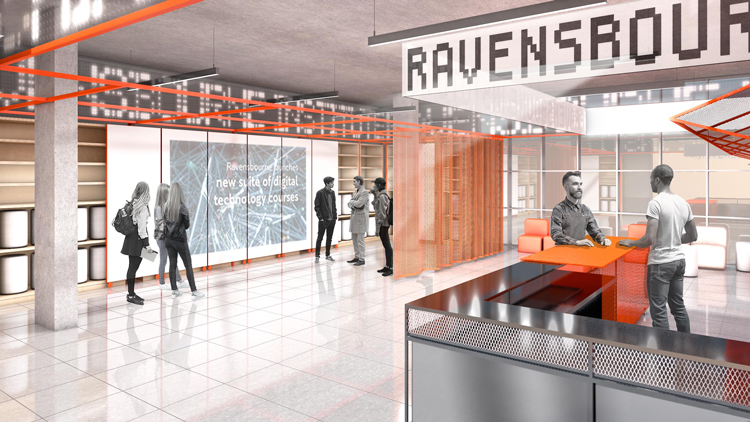 Ahead of its opening later this year, interior design consultancy Brinkworth has released renders of what the Institute for Creativity and Technology will look like. Housed in the incoming Design District, the space will be operated by Ravensbourne University London.

The interiors have been crafted by the studio using an “honest and sustainable material palette”. It features birch ply, powder-coated steel and linoleum, and the furniture has been designed for flexibility.

A system of “digital readouts” will be situated throughout the building for wayfinding and to convey information about the institute. This graphic interface will be informed by the establishment’s identity and logo, which have been developed by Brighton-based design and branding specialists at Studio Makgill. It is hoped these technological interventions will combine with the institute’s mission to promote the “future of creative higher education”. 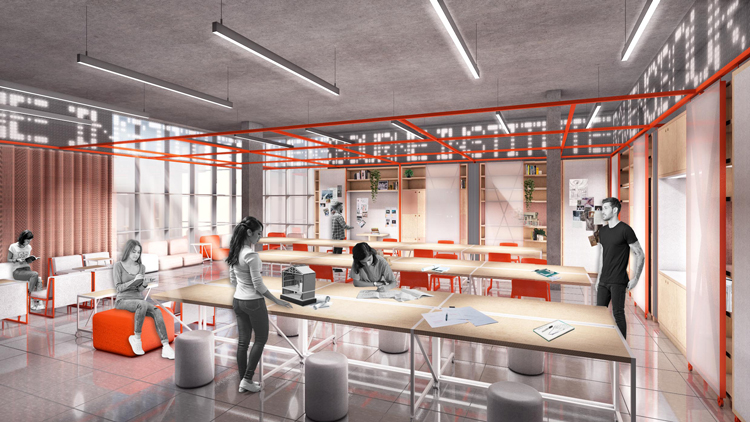 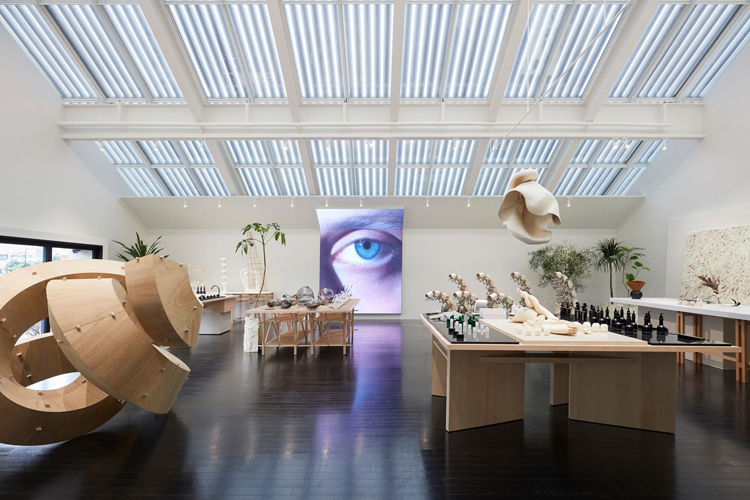 What’s going to happen next in retail and how to design for it is a big question for designers and businesses alike.

Inside the spacious concrete building, visitors will find the brand’s eyewear, as well as cosmetic brand Tamburins and “imaginative desserts” from Nudake. According to Gentle Monster, the space retail environment is designed to generate emotional response – at the entrance of the store sits an installation created in collaboration with artist Frederik Heyman designed just for this purpose.

For its own eyewear collection, Gentle Monster has split the offering into two sections: optical eyewear and sunglasses. Each space has a different mood reflecting of what’s being sold. The optical eyewear section is minimalist, with clean lines and lots of space. Meanwhile the sunglasses section on the floor above is more conceptual, attempting to fuse the past and the future with retro-futurist elements. 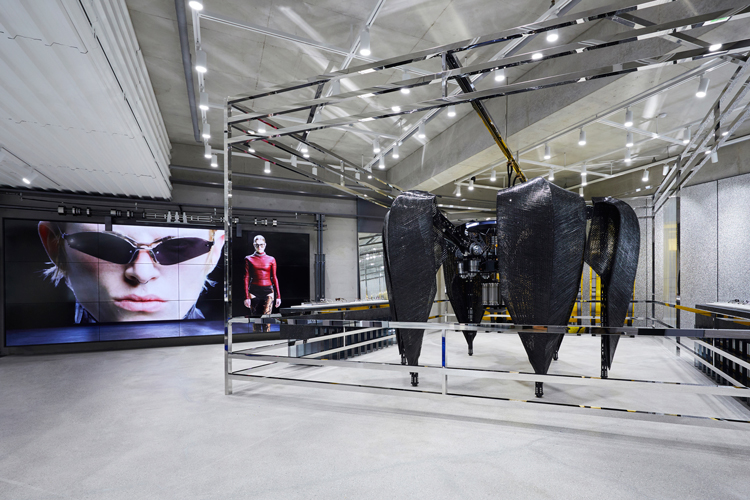 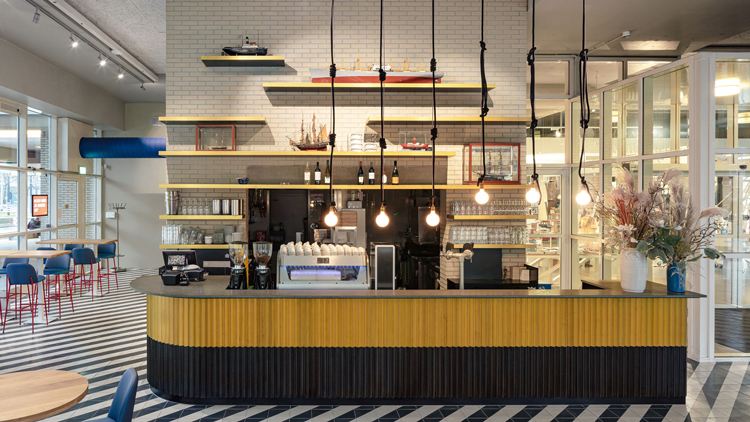 Previously nameless and now named after a small lighthouse in Rotterdam’s oldest harbour, the Low Light café at the city’s Maritime Museum has been redesigned by Dark & Stormy. The new addition aims to sit as a colourful add-on to the grey and white brutalist building. A striped floor and block coloured furnishings help to achieve this goal. These are colours and lines are inspired by nautical references like signal flags and buoys.

The most striking quality of the space was its high ceilings and expansive windows, according to Dark & Stormy. The team took advantage of the nearby harbour view by placing a huge sofa at the centre of the café – the style of the sofa is a nod to the “traditional lush” seating found in museums around the world. Its resemblance to a boat is also an intentional reference to the content of the museum.

The bar yet again references maritime life, and is made of untreated steel and brass. These are materials commonly found in ship interiors, according to the studio. Meanwhile the countertop is made from Dolomite stone, and resembles the basalt used in embankments. 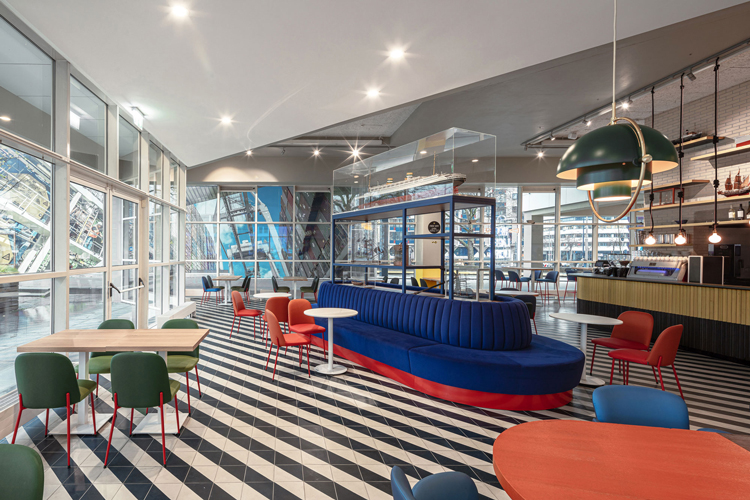 Sexy Sammies, by Flip This Bitch 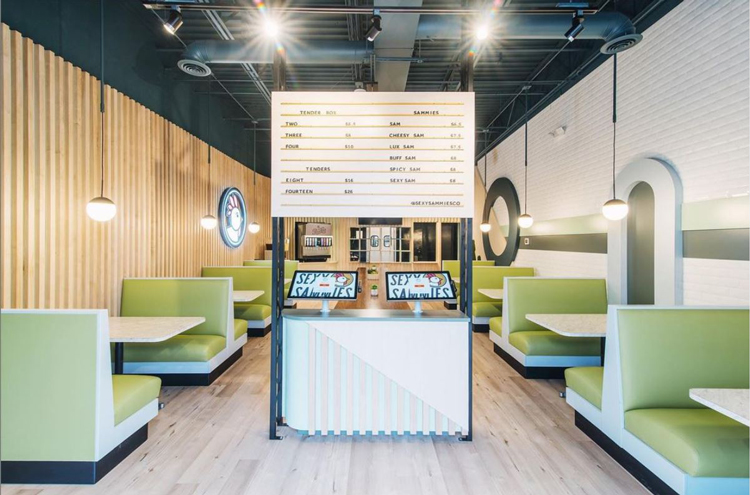 In the pandemic age, contactless and distanced surroundings are key to helping restaurant workers and diners feel safe. Located in Colorado, US, the newly-opened sandwich shop Sexy Sammies aims to offer this experience, with an interesting Hollywood spin. Rather than engaging the services of an interiors-only consultancy, the restaurant owners brought in the design team at Flip This Bitch, a studio that deals in both interiors and set design for television.

Natural materials form the base of the interior. Wood panelling sits along one side of the space, and a long wooden table runs the length of the dining area. Booth tables sport a marble stone effect and green cushioned seating. A feature wall has also been installed in the space, which uses “cool shapes, clean lines and geometric elements” to draw diners’ attention.

Customers are able to walk in and order from kiosks, and then pick their food up in specially designated “cubbies”. This provides a “totally contactless” experience. 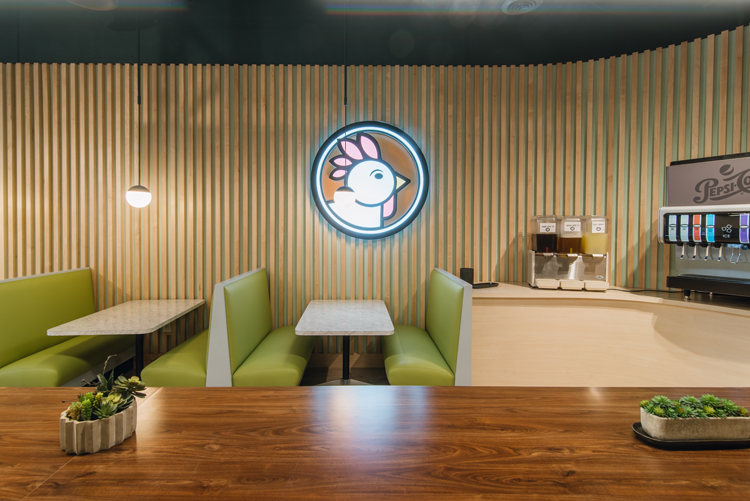 Located in Marylebone, London, Kol is a restaurant from Mexican chef Santiago Lastra. The food at Kol brings together Mexican cuisine with British ingredients – from Scottish shellfish, to woodland-foraged greens – and is offered to diners in the form of a “thoughtfully curated” set menu.

The interiors for the restaurant are similarly pared back, with interior architects at A-nrd Studio giving the space a “minimalist Scandinavian design”. The open-plan kitchen acts as the central focus for the space, and is supported by a warm colour palette and wooden elements throughout the two-level establishment.

Throughout the restaurant, surfaces have been finished with Dekton Trilium, an 80% recycled material from Cosentino. Inspired by volcanic rock, the material showcases a mixture of colours which alter depending on the angle of light on the surface. 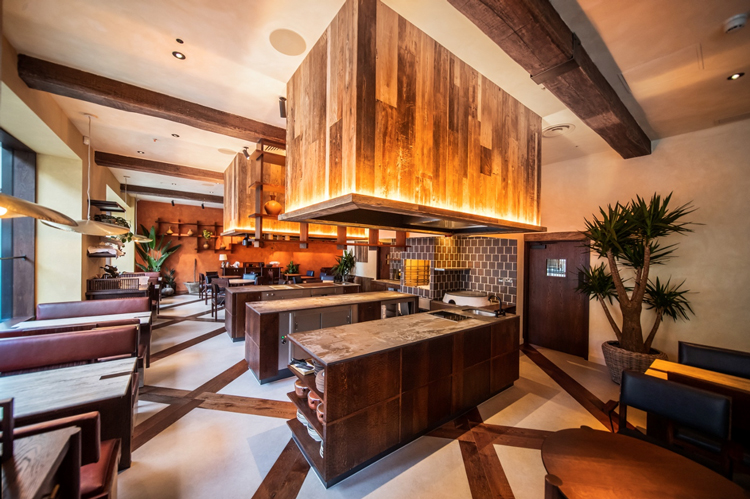