Studio Blackburn has unveiled new branding for Sunderland, which aims to give the city a voice on “a local, national and international” scale.

Located in the North East of England, Sunderland is a port city with a history that was partly shaped by coal mining and ship building. In more recent years, the local council has set its sights on becoming a “smart city” and in 2020 it was crowned Smart City of the Year.

Sunderland City Council assistant director of corporate affairs Jill Laverick says that prior to the new brand the city had two brands which were not working as well as they could.

“In thinking about where the city was going and how ambitious our plans are, we felt there was a really good opportunity to develop a consistent narrative,” according to Laverick, who says there was also a desire to further instil a sense of civic pride in the town.

“To ensure everyone felt their voices were heard”

Studio Blackburn has previously worked with Sunderland City Council, and was initially engaged around two years ago to do research into a city brand. This then developed into the full project.

To ensure city inhabitants were involved in the process throughout, early on the studio helped to create a consortium of agencies to work on the branding with them. “We worked with a Sunderland-based PR company and market research company, for example,” says Studio Blackburn founder Paul Blackburn.

Meanwhile a leadership group comprising Sunderland stakeholders like the head of the local NHS, and representatives from the university, colleges and businesses was established. Blackburn says the input was key not just “to ensure everyone felt their voices were heard”, but also so that the identity will continue to be used properly in the future.

“It makes you want to read it”

At the core of the new brand is the City of Sunderland wordmark. Including “City of” was an important choice, Blackburn says. “Sunderland has had city status for the last 30 years and there aren’t always ample opportunities to celebrate that fact,” he explains.

As well as acknowledging this, the “City of” logotype is also a useful graphic device, which can be used to highlight certain words. Blackburn describes it as a “proclamation”.

The typeface was chosen because of its “verbal” quality. “It makes you want to read it,” Blackburn says, adding that it needed to work well in creative, light-hearted and more serious contexts.

“It lends a level of gravity to the identity”

While the wordmark can be used across all forms of communications, a redrawn city emblem is reserved for special occasions. It has been “stylistically simplified”, according to Blackburn, so that it is easy to understand and can also be printed in just one colour.

“It’s something that can be used for more formal documents or settings, because it lends a level of gravity to the identity,” he says.

All of this is underpinned by a primary colour palette of reds which take inspiration from Sunderland Football Club. Red has also historically been used in the city emblem, so Blackburn says it was “an easy decision”.

For a secondary palette, the studio looked to the city’s surroundings. Blackburn says that although Sunderland isn’t widely known for its beach and countryside, both are impressive. These natural settings have inspired the greens and blues of the secondary scheme. 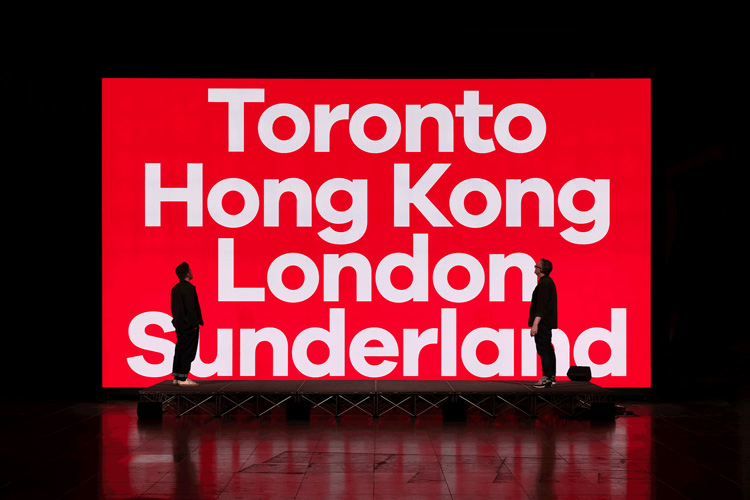 “A true representation of the good work that is going on”

The right tone of voice for the brand was one of the biggest challenges for the team to contend with, Blackburn says. “We knew we couldn’t have anything that smelled of marketing nonsense,” he says. As a result, copy is “plain speaking, honest and clever”, while photography guidelines steer clear of stock imagery and instead make use of authentic “colour reportage”.

Blackburn says a balance especially needed to be struck when dealing with the city’s “smart” ambitions. “We wanted it to be a true representation of the good work that is going on,” he says.

Liz St Louis, assistant director of Smart Cities at Sunderland Council takes a similar view. “The story telling that the team helped us to develop around our Smart City vision allows us to appeal to current and future generations, sharing what success looks like for our city and – crucially – extoling the wide-reaching benefits to people, communities and businesses,” she says. 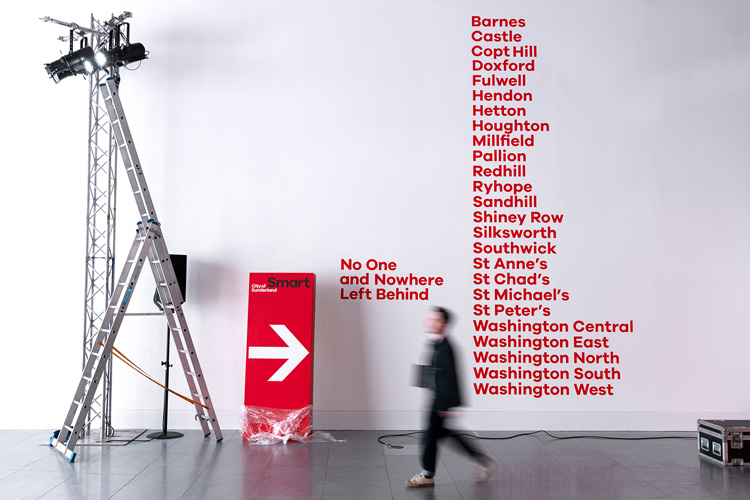 What do you think of Sunderland’s new branding? Let us know in the comments below…