The Roald Dahl Museum in Great Missenden is set to reopen to the public on Saturday after a flood forced it to close for almost six months.

It was a stormy day at the end of May when the flood struck. Museum Director Steve Gardam says: “It’s as if somebody had turned on a tap in heaven, the rain just kept coming down. The intensity and duration of the rain just overwhelmed our drains.”

Fortunately, no historic artefacts were lost in the deluge and the archives which are stored at the museum were unharmed, but the whole story centre needed to be taken out and restored.

The museum is claiming for around £500,000 from their insurance company for the works, according to Gardam, but this has not been finalised.

At the heart of the refreshed museum is an exploration of the life of the much-loved author and a chance to see the inspiration behind his stories. 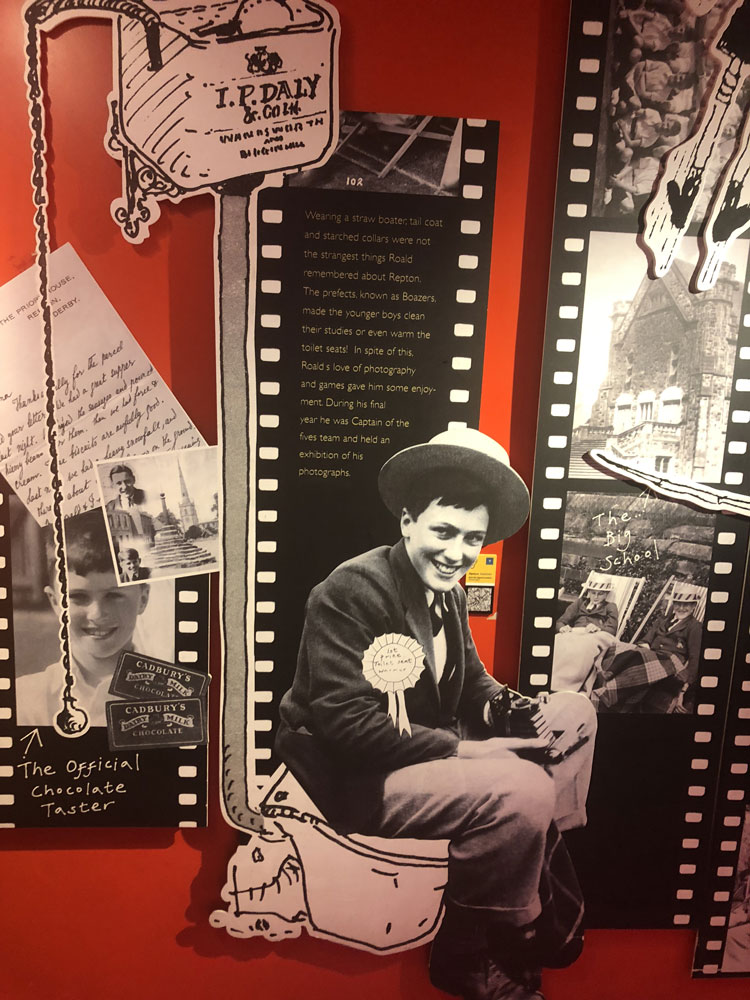 It was first opened in 2005 partly as a place to store the archives of Roald Dahl’s work. Hawkins/Brown architects worked on the original project to transform the historic listed coaching inn into a museum, which aims to inspire visitors to “fall in love with reading and writing”.

It sees roughly 75,000 visitors yearly, according to Gardam, 15,000 of which are school groups, who come to explore the Boy and Solo galleries, named after Dahl’s autobiographies, and the Story Centre.

Describing the Boy gallery, Gardam says: “We start the story in Roald’s childhood. Roald’s career as a writer was really rooted in his childhood experiences.”

Displays here includes letters from Dahl to his mother from when he was at boarding school, photos from his childhood and stories from his school days, such as pranks he played, along with audio clips and interactive screens to explore.

“We’ve got space in the first gallery to show some of the treasures of the archive,” Gardam adds, “We try to reveal the story behind the story.”

Next is the Solo Gallery, centred around Dahl’s writing hut which was added in 2012, described by Gardam as the “heart of the museum”. Inside is Dahl’s writing chair and the original trinkets and artefacts that filled the hut at the back of his garden in Great Missenden, where he worked.

Items here include six pencils, which according to the museum he would sharpen every day to write with, and stop when they were blunt.

Curios here include a small jar of Dahl’s spinal shavings and the ball joint from his femur, which his doctor said was the “biggest he had ever seen” according to the museum, and a ball of foil chocolate wrappings, which Dahl ate daily and squeezed tight into a solid silver ball.

This gallery is filled with stories from Dahl’s life, stretching back to when he was in the RAF, and explores the inspiration behind his stories. There are many interactive elements, such as a digital game to test how “sparky” you are, costumes to try on, drawing challenges and video screens of Dahl telling stories.

There are also many hidden items, such as Dahl’s false teeth in a draw and giant books that that reveal story secrets.

The Story Centre, which has been renovated by exhibition fit out company, The Hub, is a more “hands on” space full of activities.

The museum took the opportunity to refresh the centre, adding new Roald Dahl quotes to the walls to bring more of his “wisdom” into the gallery, re-cutting a film of the author speaking and refreshing the items in a dressing up cabinet.

The space, which also contains a replica version of Roald Dahl’s writing chair that visitors can sit on, crafts tables and magnet word games, has been brightened up and refreshed.

At the museum’s entrance stand large purple gates from Willy Wonka’s chocolate factory that were created for the museum by Warner Brothers.

“They originally offered the actual gates from the Tim Burton movie, but they were too large so they very kindly made these bespoke gates,” says Michael Parkhouse, deputy duty officer at the museum. 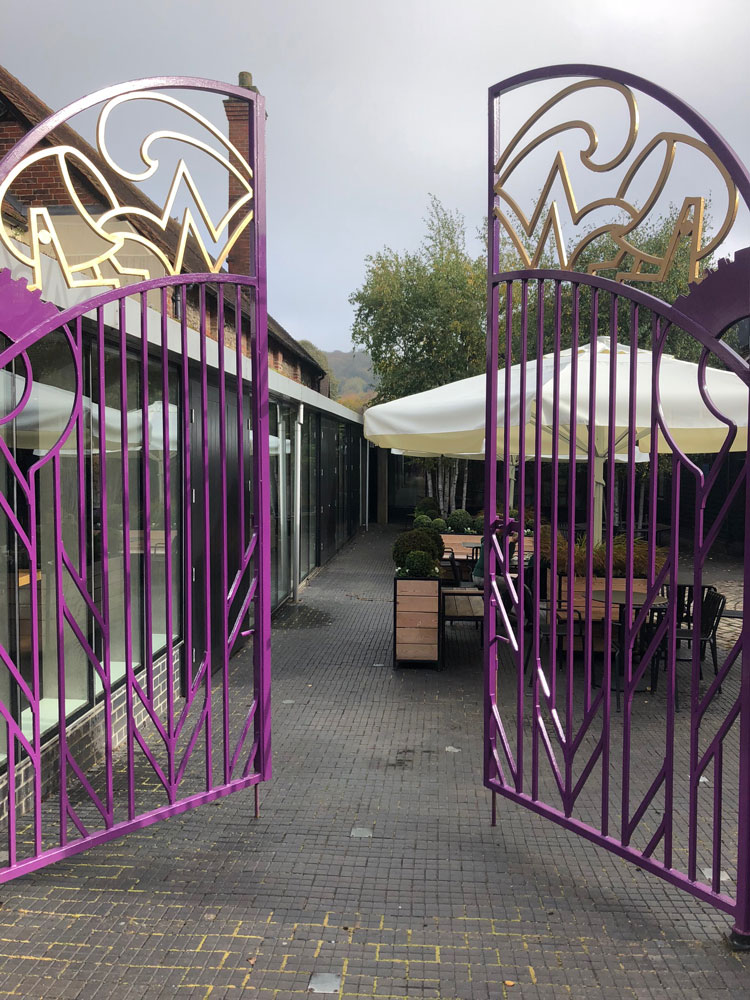 The museum is centred around a courtyard, with tiled flooring intended to represent chocolate, and wooden “Scandi” style furniture that nods to Dahl’s Norwegian heritage.

In 2017, the museum’s café, with help from 24 Design, and shop, worked on by Concept Design, were also redesigned. Both aimed to improve flow, reduce queuing and introduce wooden Scandi design elements, with little wooden hut-style shelves for products in the shop.

Shortly before the flood, the museum finished some rebranding work, updating some of the graphics and signage, working with Consultants in Design. A palette of five key colours was used – yellow, known as Dahl’s favourite colour, purple, blue, pink and orange. Two new typefaces were chosen, and the logo was brought into line with that of the Roald Dahl Story Company.

The author, who lived in the village for 36 years, found inspiration for many of his characters and stories from around the area. 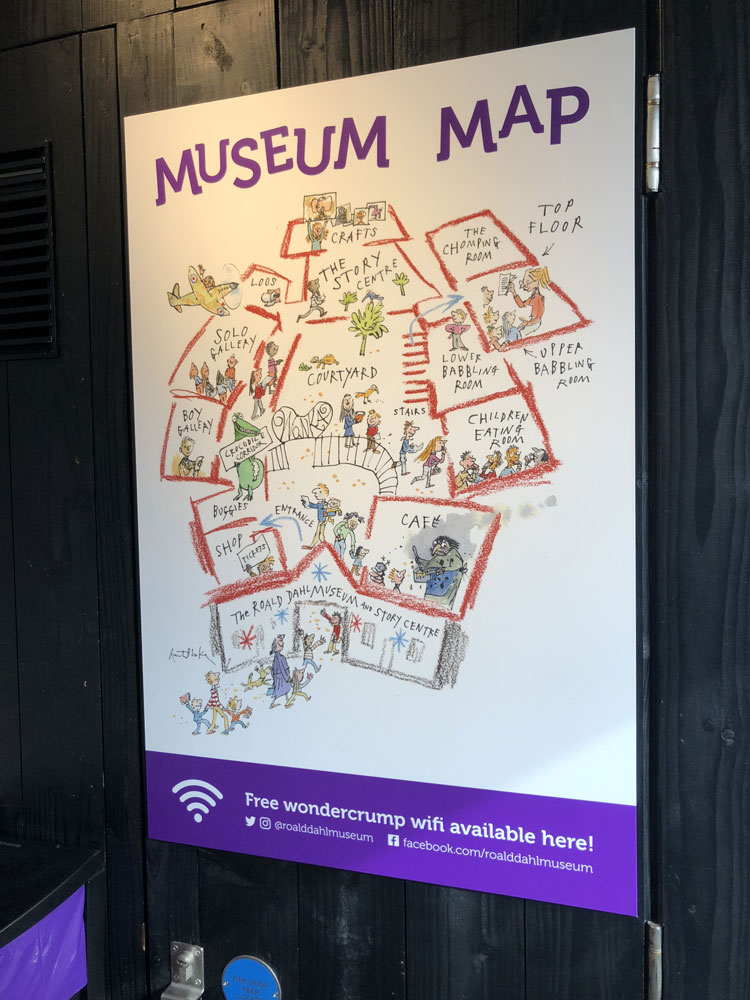 The museum carries out occasional guided tours of the village and countryside, as well as encouraging people to take self-led tours guided with a leaflet.

Both point out spots such as the petrol pumps that inspired Danny Champion of the World, the library that sparked the story of Matilda and the high street which he imagined the BFG walking down. Gardam says one day they hope to create an augmented reality tour, using smartphones to superimpose Dahl story content onto the real environment.

There are plans to regenerate the museum in three years’ time on a bigger scale, he says, but details of this are not yet confirmed.

As the museum gets set to reopen, visitors can expect to be greeted by another new addition in the courtyard – a lifesize statue of Matilda facing up to Donald Trump.It was created to mark the 30th anniversary of the book following a survey by the Roald Dahl Story Company, which asked who Matilda would be most likely to stand up to in 2018.

A series of workshops and events will take place when the museum reopens, just in time for half term. 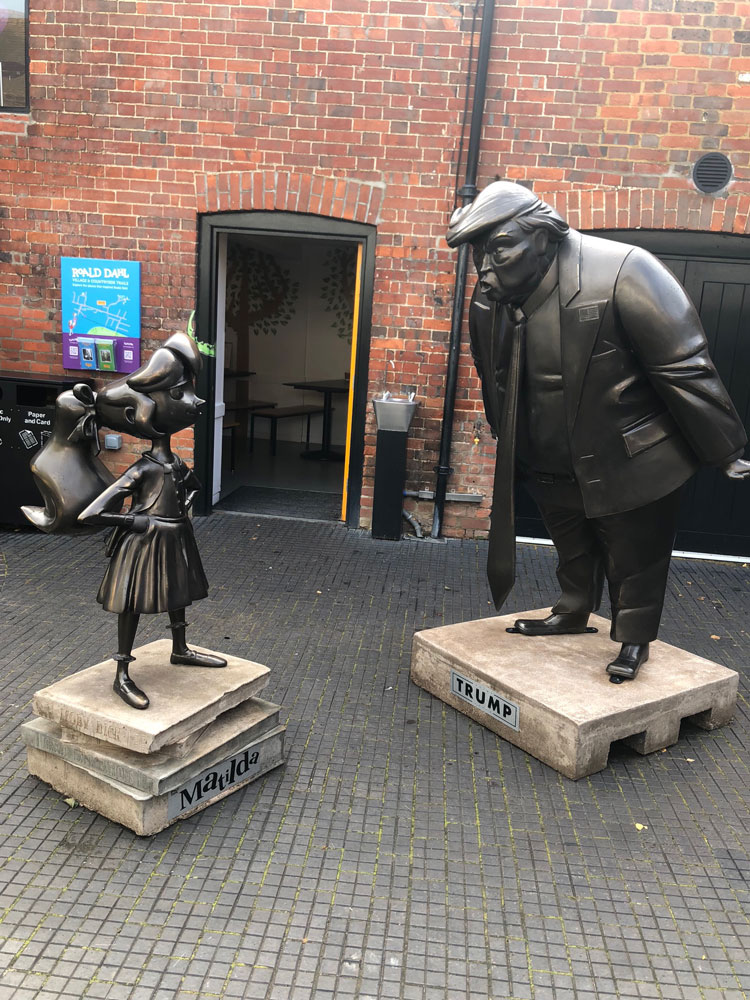 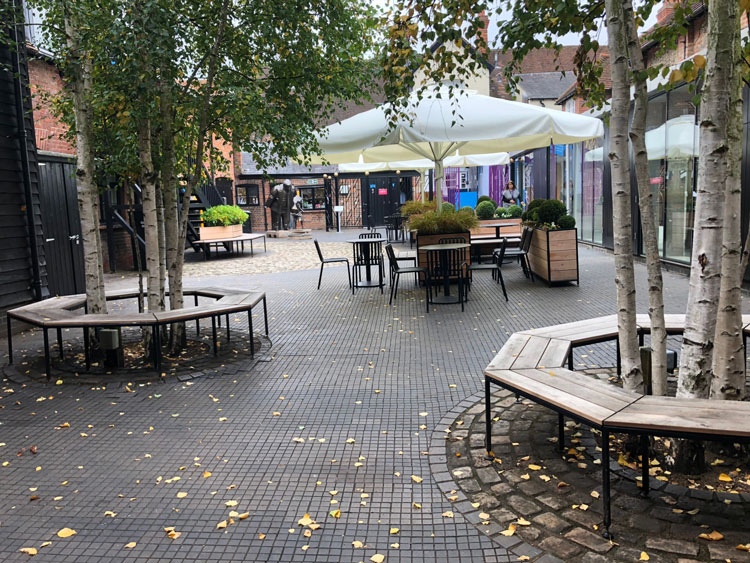 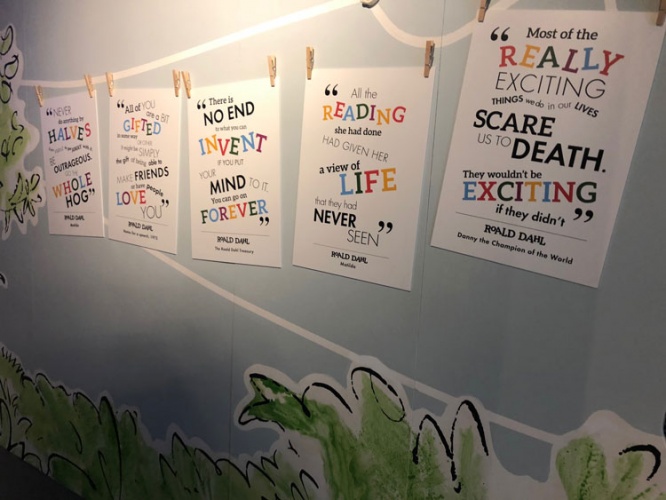 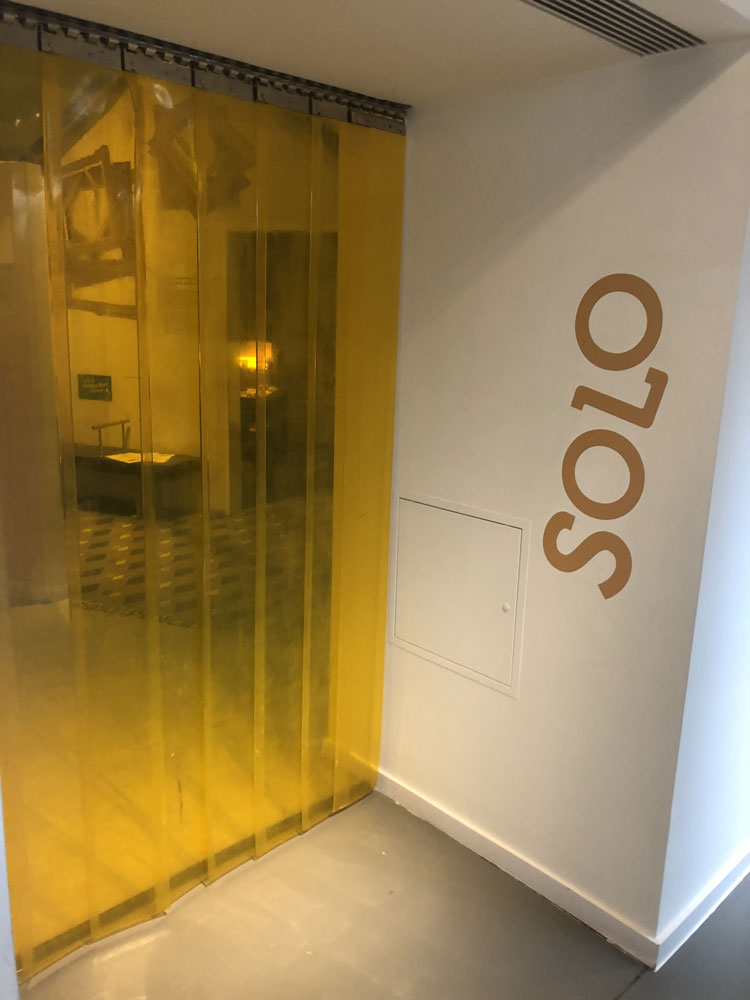