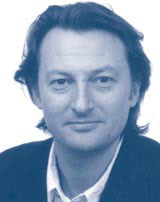 Images of super-tankers and very large turning circles spring to mind when it comes to changing working practices in Whitehall. Nevertheless, the Department of Trade and Industry’s pledge to make Government a ‘more intelligent customer’ in its purchasing decisions could benefit design groups working with the public sector (DW 8 January).

Government procurement is often a tortuous and long-winded process, with contracts subject to the ‘OJEC’ system of European Union legislation, as it’s colloquially still known. While the rigorous filtering of tender bids is supposed to ensure that only the most diligent – or patient – bidders earn the right to spend taxpayers’ money, its complexity can disadvantage smaller consultancies. The tape is still definitely red.

Central to the DTI’s aim of improving Government purchasing is the design-friendly notion of considering ‘lifecycle costs’, as opposed to a lowest price criterion, which seems to prejudice the appointment of design groups and the practice of design buying by the public sector unfairly.

But does the DTI’s latest proclamation actually amount to anything more than warm words – especially given what Roland Unwin, former COI Communications creative director, now visual communications manager at the charity Cafod, has to say?

Unwin says that, in his experience ‘[the term] “best value” is translated as lowest cost. This is, of course, short term and does not result in sustainable solutions.’

John Sorrell, chairman of The Sorrell Foundation and former chairman of the Design Council, is doing much to raise the profile of design in schools and the health service. He believes that scenario is changing.

‘First of all, the will is there from Government,’ he says. ‘There’s no doubt about that. But it’s up to designers and the organisations that represent them to prove design does make things work better within Government, as well as those areas of life like schools and hospitals, where policy is supposed to make a difference.’

This means providing ‘evidence that design is worth investing in’, he adds. And while the virtues of good design are well understood in the schools building programme, Sorrell says environmental work tends to be ‘what people immediately think of’ when design is mentioned.

In his view, design across all its disciplines has to be seen as relevant to Government decision-making. As well as communications and products, this includes ‘putting ideas into reality’ when creating new services, he says.

‘We need to pile more evidence on the table [so that] everybody involved in procurement understands the value of design,’ explains Sorrell. ‘Thirty years ago, we found the same challenge with the business community. And that job has been done to a large degree. Design has become part of the lifeblood of many successful companies.’

As managing director of The Team and the prime mover in the Design Does It initiative, backed by the Design Council and the Design Business Association, Julian Grice agrees.

‘It’s all about perception and payback,’ he says. ‘Does Government believe that design is a high value tool that can improve the delivery of public services? Ultimately, we’re talking about demonstrating design effectiveness through long-term commitment.’

But Government is unlikely to move quickly towards ‘outcome-based’ purchasing, however positive its intentions.

‘Design is about process and excels when allowed the freedom to flourish within a corporate culture,’ Grice says. ‘Business encourages this, [yet] Government struggles with the notion. Design is too often seen as an intervention rather than a philosophy – and one that’s experimented with alongside research, advertising and management consultancy.’

Unwin sees ‘pockets of good practice’, but generally doesn’t believe Government is doing enough to appreciate design. Any new buying guidelines need to be followed at ‘all levels’, he suggests.

Grice thinks ‘[Government is] very inconsistent in realising the value of creative brainpower’. More prosaically, there is also significant variance between the way that different departments are addressing procurement.

The Office of Government Commerce, the body tasked by the DTI with updating existing best practice, is aware of the situation. Its role is to agree Government-wide standards for purchasing. Cutting red tape and increasing communication with suppliers are among its main objectives.

An OGC spokeswoman says, ‘There is a tendency in Government to concentrate minutely on processes more than what needs have to be met. Greater attention is now being paid to what is the end result in general terms, rather than focussing on how to get there. This allows suppliers to innovate.’

The spokeswoman says OGC’s Government Market Division would ‘look favourably’ on such an approach.

Items that are on the agenda include getting design involved earlier in the process and dispelling preconceptions.

‘Design [to Government] often means advertising and that means account people and budgets. [Yet departments are] happy to buy management consultants with their 100-day plans, leadership coaching and motivation sessions, but not radical or challenging creative thinking that could revolutionise policy. More lateralism will enable designers to make a bigger difference,’ Grice says.

The fact that the word ‘designer’ appears so readily in the DTI’s document (see above far left) suggests Design Council lobbyists and others may be getting their message across. But it may be some time yet before its lessons are properly applied.

â€¢ Early supplier involvement allows designers and suppliers to apply their creativity from the outset rather than being faced with a rigid, preconceived approach.

â€¢ Partnering stimulates trust and shared objectives that can lead to innovative solutions.

â€¢ The use of outcome-based specifications: when they use standard rather than bespoke specifications, suppliers are free to develop alternative solutions.

â€¢ Good management of the ‘tendering’ process can ensure contractors have sufficient time and opportunity to develop innovative proposals.