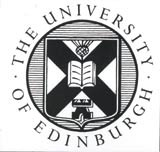 McKinstrie Wilde is one of the consultancies that declined to pay the fee demanded by Edinburgh University for the opportunity to spend several valuable hours filling in a form that would potentially rival means-testing in its banality and lack of relevance to the creative process.

The form, once submitted and marked by somebody of unspecified qualification, experience and understanding against a predetermined and only vaguely explained formula, might allow us to be invited to spend many more hours preparing a pitch for which a fee would likely not be paid.

And the reason we declined to pay the fee? Not because we doubted that the brief would be adequately explained (although we did). Not because painful experience has taught us that following the prescribed rules of these exercises is seldom successful, nor that we wouldn’t like to do the work.

It was simply because it is our belief that an organisation whose very fabric is subsidised by our taxes should be looking on contracts of this nature as partnerships with the society which it purports to serve.

Stuart McLean of Edinburgh University’s reply to Laura Gibbon’s letter left me incredulous (DW 8 July). The cynicism of the party line about administration fees for tenders was unveiled by the use of the word ‘levied’ in his third paragraph (a word that, according to The Oxford English Dictionary, is associated with taxes, tolls, rates and even blackmail, but not fees).

Never mind though, I have a cunning plan: if my daughter applies to university in a couple of years time, I’m going to charge them all a fee for the opportunity to be considered.

Libraries read between the lines