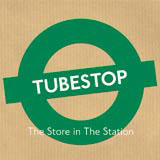 Transport for London is launching a raft of projects, which will give the transport network its most significant facelift in years, Design Week can exclusively reveal.

The organisation is redesigning a series of Underground station entrances and is poised to appoint Priestman Goode to the task, following a four-way pitch held last month. The five-figure project aims to reposition stations commonly regarded as ‘holes in the ground’ into destination areas, which integrate all of the surrounding activity into its designs.

‘Outside stations people give out free sheets, there are telephones and cash machines. We want to create a space which makes the Underground look attractive, something you can feel proud of and want to be involved with, rather than kicking rubbish out of the way to approach them,’ says Innes Ferguson, TfL head of design.

A prototype featuring designs that accommodate security functions, weather protection, information and commercial interests will be built next year. TfL hopes to draw up paper-based concepts before Christmas. The concept will be trialled before it is rolled out across parts of the network. Stations in line to possibly receive the makeover include Tottenham Court Road and Marble Arch.

Underground Bar Kitchen – to be known as UBK – is designed in the style of a diner. It will provide information points and a seating area where commuters can ‘sit and chill, grab a beer or a glass of wine’, says Aidan Keane, chief executive at Keane Brands. An ‘uber’ version with a full restaurant and bar will launch at airport and major train stations ‘positioning UBK as a symbol of London’, explains Keane.

The retail outlet Tube Stop is designed according to a convenience store concept and will sell groceries as well as offer customers Underground-branded facilities, such as dry cleaning, shoe repair and Internet services, for example. ‘We will start with satellite locations and grow accordingly’, adds Keane.

TfL has also appointed an undisclosed design consultancy to create 17 000 new bus stops and 6000 bus shelters. The project is valued at more than £150 000. The bus stops and shelters will feature LCD screens and integrate new technology into interactive systems to offer people more personalised information to manage their journeys across London. ‘Even the smallest bus stop will no longer be a flag pole, [the design] is moving on from that. It is very exciting stuff’, says Innes Ferguson.

TfL is also experimenting with designs to implement a ‘speaking clock’ across buses, which will give passengers journey information in real-time, according to Ferguson.

London mayor Ken Livingstone has secured £10bn of finance to improve the transport system over the next five years.

• Work covers full range of projects including/ modernisations of Tube and rail stations, product development and branding and graphics

Is the London Design Festival too much to bear?