Biles Hendry has unveiled the branding for Urban Legend, a donut brand that uses a patented steaming method in a bid to make healthier sweet treats. 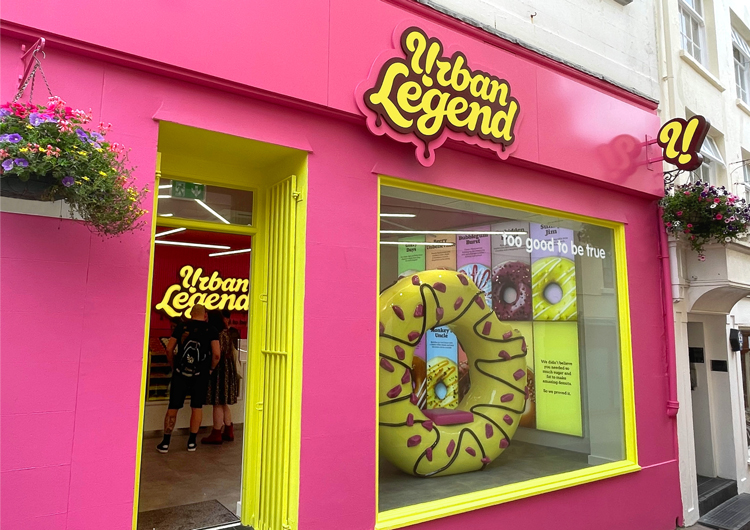 “Shouting about health too much can get in the way”

Biles Hendry’s branding for the company seeks to capitalise on this nutritional benefit while still positioning it within the dessert food category, according to creative director Anthony Biles.

Biles says while audiences are often receptive to “strong health cues” in branding, “shouting about health too much can get in the way of the enjoyment of the treat experience”. 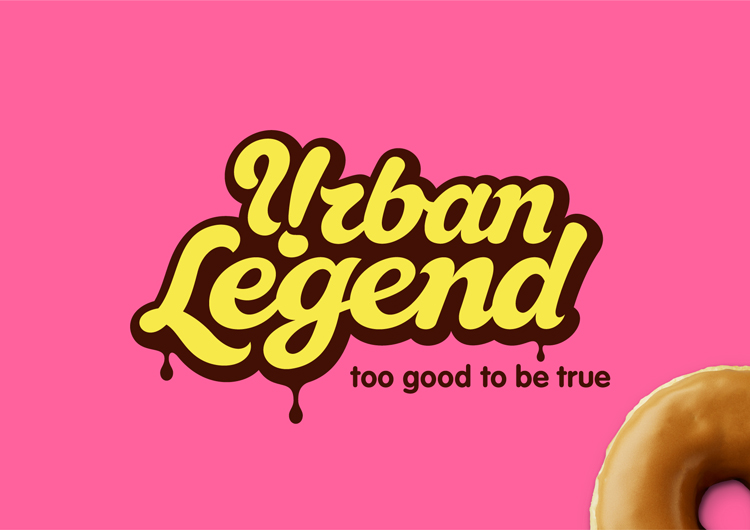 Therefore the team’s instinct was to “capitalise on indulgence”, he says. The bright and bold colour palette is an example of this.

The shape of the bespoke typeface was inspired by “writing the name in sticky icing”. This has then been refined, “tending it into the territory of classic sweet brands”, Biles says. 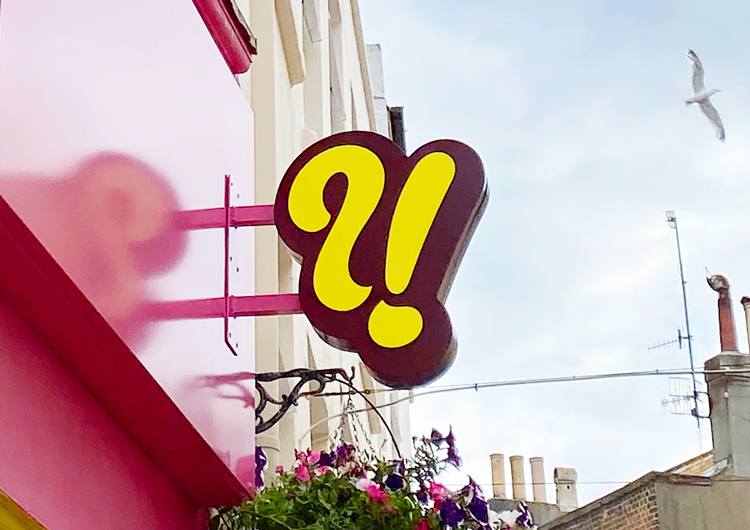 “A reflection of disbelief”

The team was also involved in the naming of the brand, and this was informed by the health claims of the donuts it sells.

The fact that the steam baking method means the donuts contain less sugar than an apple or a single marshmallow sounds too good to be true, Biles says.

“The brand name is a reflection of the disbelief that the donut before you isn’t high in sugar and fat,” he says.

Further emphasising this point, the “U” logomark itself is formed of a combined exclamation and question mark. 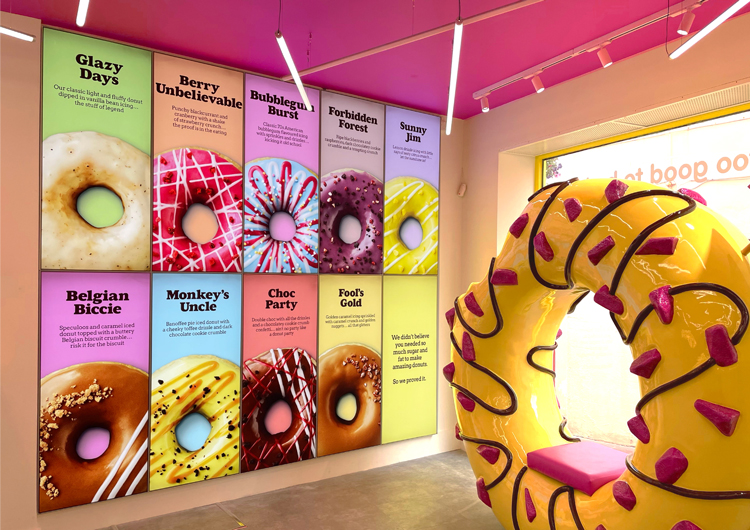 The branding also extends to the stores, packaging and communications. Additionally, Biles says the team helped design the look of the donuts themselves.

In collaboration with consultancy 20:20, the team developed a brightly coloured interior for the brand’s Brighton store.