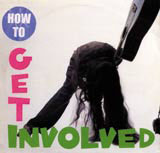 Start-up consultancy Wechsler Ross & Portet has created the communications concept and design for Help a London Child, the charity run by Capital Radio.

The work uses brightly coloured stickers to reflect the charity’s links with pop music and youth issues. The consultancy also designed a brochure in which children recreate famous album covers, from The Clash’s iconic London Calling to Madonna’s Music.

According to consultancy managing and creative director Nick Portet, the idea was inspired by badges worn in the 1970s.

‘We wanted this to be fun and creative for people who have to live with it – not just something to keep us designers entertained for a few weeks. They can use the stickers on anything they like. It also shows the money isn’t being used on expensive letterheads and so on.’

Help a London Child director Annabel James says that the stickers offer the organisation a toolkit to brand its work in ‘fun, creative and individual ways’.

Portet was introduced to the charity through the consultancy’s ongoing relationship with Capital Radio. It has just completed the design of the radio company’s annual report, which is set for publication in January next year.