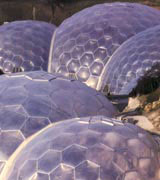 The British Council has been beavering away on behalf of the UK’s design industry since the mid-1990s.

It has taken record sleeves to Hong Kong, knickers to Japan and Finland, bikes, cameras and vacuum cleaners to Germany and the hugely popular Millennium Products exhibition round the world.

British design is seen as a potent export for several reasons, not least its ‘indelible association with youth’, says head of design promotion Emily Campbell. ‘Our fashion and music industries in particular travel well, so there is a natural interest in their origin and creators.’

Through touring exhibitions, workshops, seminars, conferences and study programmes, the Design Promotion department aims ‘to extend British design’s influence overseas and encourage the development of design in other countries using the UK as an example’.

Not only that, it works regularly with a host of design groups to bring its events to life, including Studio Myerscough, Graphic Thought Facility, Pentagram, Ã…bÃ¤ke, Graven Images and Branson Coates to name a few. The department doesn’t operate a roster, it approaches groups e e and usually holds twoor three-way pitches.

‘More importantly, design is the pursuit of change,’ Campbell says. ‘The prolific state of British design reflects the rate of change in the UK and can help shift the more hackneyed stereotypes of British society and business.’

Indeed, the commerce-meets-culture nature of design makes it a highly exportable business tool, as well as a worthy subject for entertaining and visually stimulating exhibitions.

‘A big part of our motivation is to encourage the development of design in places where it isn’t currently an effective medium for cultural expression,’ Campbell says.

The six-strong design promotion team, based in London, started life as one person when Campbell, who studied graphic design at Yale University in the US, joined in 1996 from Pentagram’s New York office. Her role was to expand the British Council’s existing work in the architecture and craft-related aspects of design and develop a programme on the wider applications of design as a commercial activity, harnessing evidence of creativity and innovation in the UK to illustrate her point.

The department has 110 offices worldwide and, in any given month, there are often up to six events and eight exhibitions touring globally. Exhibitions are usually received well, either when travelling worldwide, such as Millennium Products, or when targeted at specific countries, such as architecture show Space Invaders in Lisbon. And they swallow around three quarters of the department’s time and budget.

But it is often the smaller workshops that are most beneficial to designers and students overseas. ‘A live encounter with a well-known British designer like Rasshied Din or Dick Powell is of inestimable value to an audience of students or working designers,’ Campbell says.

Intro creative director Adrian Shaughnessy agrees. He visited Hong Kong in January as one of seven graphic designers specialising in the music industry to take part in seminars for the Sound Design exhibition. Several parties benefit from a trip like this. Not only did Shaughnessy offer a student work experience at Intro, he came into contact with interesting designers that he had never even heard of.

Space Invaders is currently showing in a church crypt in Prague and showcases the work of 15 young British architectural groups. Touring elsewhere are Picture This, curated by Pentagram partner Angus Hyland, which examines commercial art; The Book Corner, which explores publication design; and Designed for Use, currently in Essen, Germany.

These diverse ideas come mostly from the London team. ‘It’s our business to know what’s happening,’ says Campbell. ‘We put our knowledge of UK design into an overseas context.’ But external UK curators and even overseas contacts approach them with ideas, too.

Exhibitions generally tour in specific countries rather than try to achieve blanket coverage in places where they may not be well received. ‘The idea of one big show that says it all to everyone about British design sits uneasily with our ambition to allow the greatest possible response to local conditions,’ she says.

Thus Inside Out, a humorous homage to British underwear and one of Campbell’s favourites, toured ‘carefully’ to Japan, Lithuania, Russia, Finland and Poland, places where ‘the audience would appreciate its particular blend of design and comedy’.

Occasionally, risks are taken. Home Sweet Home started in Scandinavia, a decision which Campbell admits ‘could have been like taking coals to Newcastle’ given Scandinavia’s reputation for domestic design. But it did extremely well both there and in Australia, she says.

Inside Out aside, Campbell singles out a few of her favourite success stories: an architecture and urban regeneration conference in Rio in 1997 had ‘enormous impact’; Millennium Products has been ‘universally popular’; and workshops in India as part of Fashion Machine went down so well there are plans for Fashion Machines in Johannesburg and Buenos Aires.

The success of the British Council’s events and exhibitions is measured by favourable press coverage and the rate and nature of requests for more information. ‘A more specific request shows our partners have learned something about British design and can articulate in greater detail what they want,’ Campbell says.

Of course, business drummed up and contacts forged by visited consultancies and designers is not to be sneezed at either. But Campbell is keen to emphasise that winning contracts plays a secondary role to the greater aim of raising awareness of British design.

In attempting to define the nature of British design, she turns first to the overheard words of a visitor to Designed for Use in Essen, who said British design always ‘surprises’.

She says its success lies in its avoidance of the norm and desire to tread a more unconventional path. ‘I think Britain has always avoided the prescription of modernism. [In the UK] there is an inherent resistance to being restricted,’ she says. Its diversity sells well, too. ‘I don’t think we lead the world in any one [discipline], but our industry’s diversity enhances our positive mongrel image.’

The danger that the world’s design output will turn into an Identikit copy of British design at its best and, more realistically, that the British Council’s hard work may smother individual countries’ identities, is something of which Campbell is all too aware. ‘We try as hard as possible to promote the process, but it is much easier for others to copy superficial qualities of design than interpret its process,’ she says. ‘I have a personal fear of a kind of apocalypse of design in which the forms and surfaces of the world all look the same.’

Few designers would be so sensational at the prospect of such a scenario, but in her role, Campbell can’t afford not to be.

Eastern and western Europe, and the Baltics: design and innovation that advances critical discourse

British Pavilion at the 2002 Venice Biennale, for which Foreign Office Architects is creating an installation about the Yokohama Port Terminal