With Christmas just days away, I am in the throes of last-minute Christmas shopping. Among the items that still need to be bought is a top for an eight-year-old, my youngest daughter. But I am struggling.

As I trawl through major UK department stores’ online offerings, all I see are sparkly horses, glittery unicorns, sequin cats, shiny angels, and pretty ballerinas. Yet none of these — nor anything sporting the ubiquitous “Princess” slogan or, to be honest, that’s pink — are her style or taste.

Not so long ago, John Lewis was introducing gender-neutral clothing and doing away with boys’ and girls’ labels. In the US, Target was launching gender-inclusive kids’ clothing and home goods. And Swedish company Toca Boca’s playful toys and apps designed with diversity and inclusivity in mind were grabbing headlines.

But things seem to have changed. In recent weeks, The Ultimate Kitchen Playset — a must-have Barbie accessory from Mattel in, yes, you’ve guessed it, bright pink — has become one of the bestsellers this Christmas, after being listed by a Toy Retailers Association panel as a “top 12 dream Christmas toy”.

And while John Lewis may no longer put gender labels on toys — which is a big tick for them — it is selling Barbie’s Ultimate Kitchen this Christmas, its website still lists “girls’ clothes” and “boys’ clothes”, and when it comes to offering up glittery unicorns for girls and dinosaurs for boys, it is one of the worst offenders.

Go into any children’s department at the moment and you will find boys’ tops featuring astronauts, space rockets, dinosaurs, sharks, robots, guitars, cars, slogans like “King of the World” and “Winner!” and a largely blue colour palette — all of which is very much more to my daughter’s taste.

So, what’s the problem, you may well be thinking? Just buy your girl a boy’s top. But counter-arguments such as these miss an important point.

Gendered products — from their basic design through to their packaging, graphics and branding — strengthens restrictive and outdated ideas.

And the biggest and most pernicious stereotype is that, while girls should aspire to be a sparkly, pretty princess whose only job is to be saved by Prince Charming, boys should dream of being action men and having adventures.

The heavy gendering of kids’ stuff sends out restrictive messages to impressionable young children. Children should be free to choose whatever interests them, not what fits in a box of what these stereotypes dictate. Yes, girls — and boys — can choose “girly” things if they want, but when they are affronted with so many pink and glittery items, there is very little choice.

By pushing the pink button, Mattel is exclusively targeting young girls and subliminally telling them that women should be doing the cooking – in my view, a sexist and out-of-date stereotype that toy manufacturers should be looking to disregard, rather than perpetuate.

True, this is the same company that previously released Barbie the vet, Barbie the scientist, Barbie the robotics engineer, and Barbie the builder. But making the kitchen pink has sent Barbie back in time to 1950s-style domestic servitude.

The trouble is that while there are some niche brands out there who are bravely trying to address the issue with more unisex options — brands like Tootsa MacGinty and Scamp & Dude — gender neutrality in product design, packaging and branding isn’t yet infiltrating the mainstream.

There is, I believe, a socio-political and socio-economic reason for this. Consider the rapid upsurge in nostalgia that followed the financial crash in 2008 — a clear and unapologetic harking back by ordinary people to simpler, more straightforward times. And since then, nostalgia in design, marketing and advertising has become an effective way to build reassurance in uncertain times — the equivalent of comfort food.

The rise of the “Keep Calm And Carry On” logo and its variations, for example, evoked the Blitz spirit by mythologising the good old days when everyone in Britain kept a stiff upper lip (despite the fact that most people were utterly miserable and life was pretty awful).

The recent glut of popular period TV dramas such as Call The Midwife, Vanity Fair, Poldark, The Crown and Victoria and even the cosy, gingham-and-check world of The Great British Bake Off, recall a supposedly softer, gentler “golden era”.

Then there are our shops, filled with handcrafted this, bespoke that, and rustic the other. We’re buying vinyl records again and even cassettes are having a mini resurgence.

It’s now a decade since the crash, of course. But we have President Trump, Brexit and the political, economic and social sense of chaos that has come about as a direct result of both. Is it any wonder, then, that we’re choosing to wrap ourselves in a mirage of nostalgia to escape today’s reality?

Which is what I believe is happening with children’s products. In an attempt to reassure and engage, manufacturers and their marketers are harking back to a time that never really existed — a time when girls just wore pink and boys just wore blue.

Now let’s be clear, it’s not that I dislike pink. Nor do I think that we should neutralise colours of clothing and toys per se, because the more bland or neutral their colour (black, beiges and grey) the more it is, ironically, seen as male. But I do believe that there should be no “right” or “wrong” colours when it comes to gender, just as there should be no “right” or “wrong” interests or careers.

So I am still dreaming of a gender neutral-coloured Christmas. Maybe next year. 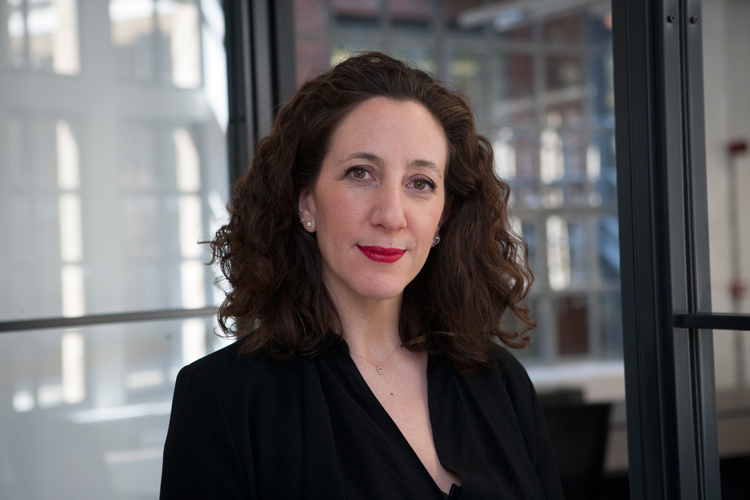 Sara Jones is partner and client services director at design studio Free the Birds, and a mother of two young daughters.

Do you feel graphics, packaging, products and clothing design should be more gender-neutral? Less us know in the comments below.