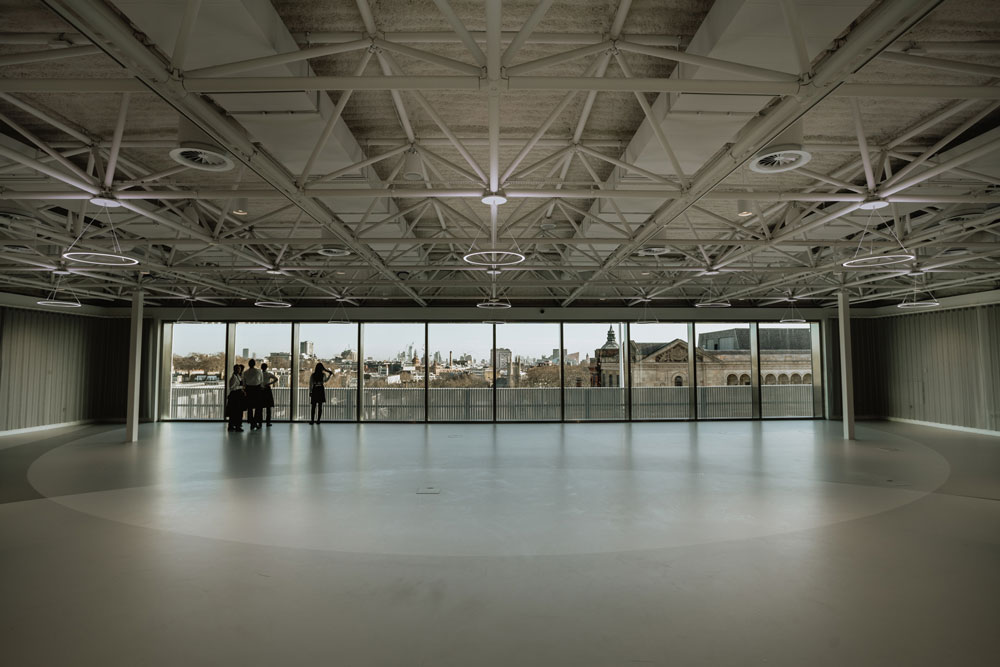 Mary Duggan Architects has designed a new two-floor events space at the Science Museum London, which aims to conjure the “spirit of creation and discovery” found in the rest of the museum.

Originally an atrium in the main building, the space was converted to twofloors in the 1970s and was engineered in a way which could potentially support a heavily-used area. It is located on levels four and five.

The interiors of the new space are a “jigsaw of co-existing technical functions – designed from scratch – which can fluidly adapt to each scenario”, according to Mary Duggan Architects’ partner Mary Duggan, who has designed the space with flexibility in mind.

By identifying key areas that would be used most frequently, Duggan was able to conceive ways to divide the space. A central circular section for example is formed naturally when organising a dinner set-up for 250 people. This is delineated with a grey-green floor colour and translucent floor-to-ceiling curtain which can be pulled around its outline. 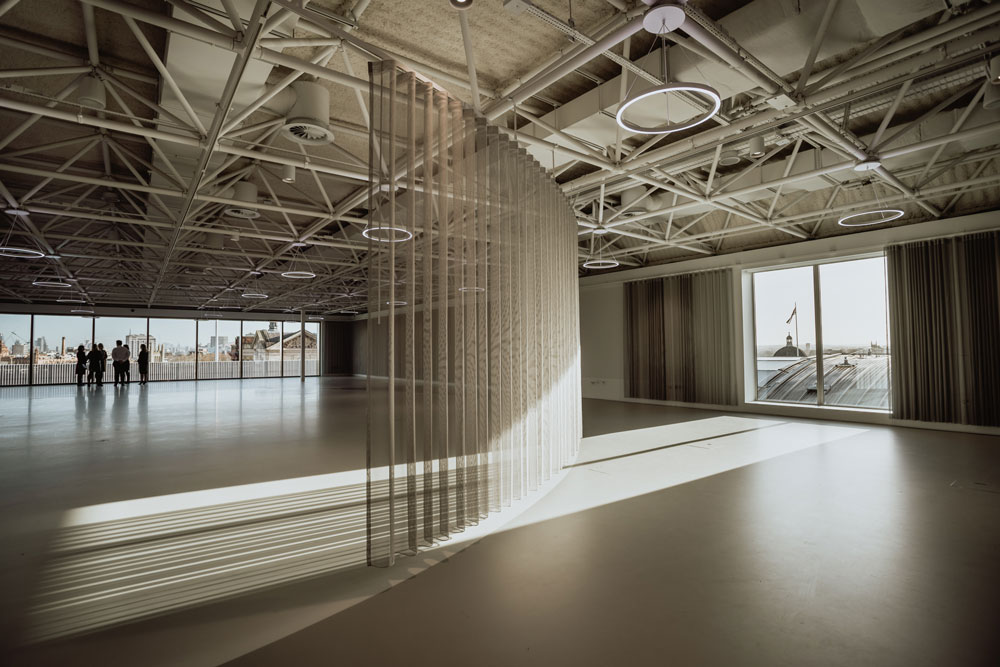 A conference set-up provides a different orientation which can be marked out with the use of more see-through curtains that segment the space.

Many of the architectural details and operational fittings can still be seen. This is a deliberate move, which Duggan says “will help people feel the spirit of creation and discovery that the Science Museum showcases.”

She adds: “The framework on level five has been left exposed, displaying the technical detailing of the logistics proudly rather than succumbing to the aesthetics.”

Displaying exposed components rather than masking them helps to place emphasis on innovation and technology, according to Duggan.

The overall “practical yet modernistic” feel incorporates a light steel staircase, “barely-there curtains” and storage solutions designed to hide away every piece of furniture that is not being used. 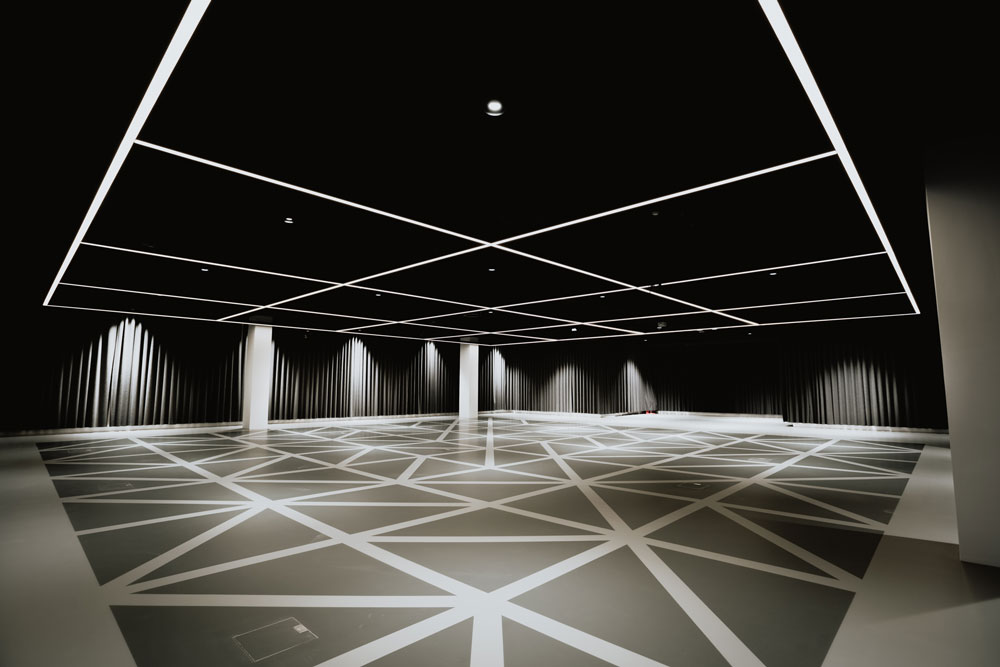 As the name Illuminate suggests, the two-floor space is a transition from dark to light. The fourth floor is a blackout space where lighting can be controlled and the fifth floor has a floor to ceiling panoramic window at one end, which brings in natural light and exposes a view of London’s skyline.  Previously, there were only two tiny corner windows.

The name Illuminate has also been chosen as it indicates “shining a light on a subject”, “a sense of enlightenment”, and “possibility and progression”, according to the museum.

Duggan says that as a whole, Illuminate “is almost choreographed” with the space’s footprints and thresholds, “enabling a clear journey” for anyone using it and is a place where “everything has a clear purpose and place”. 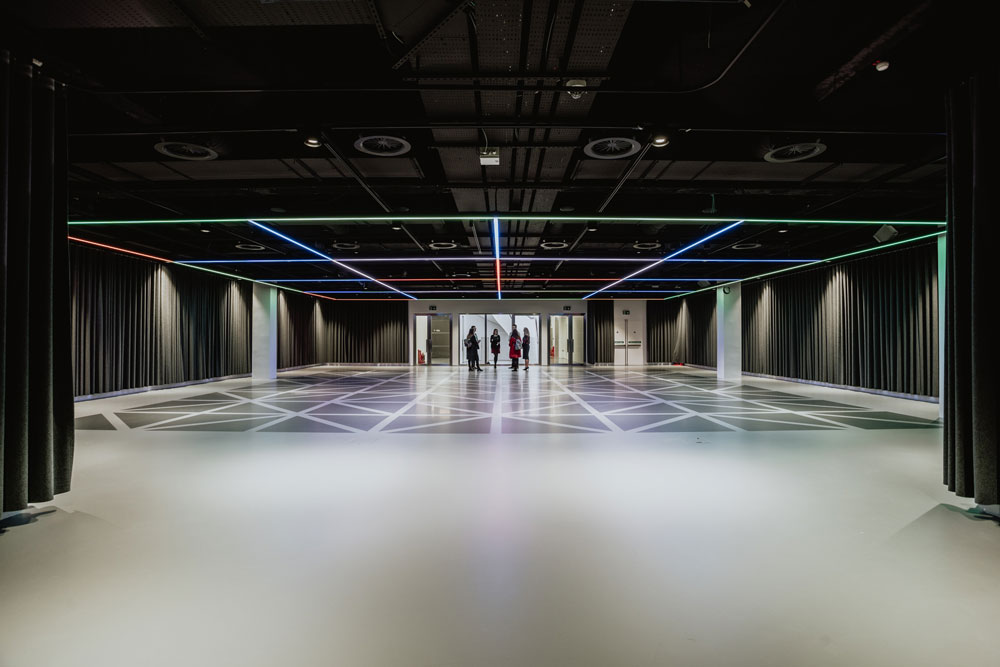