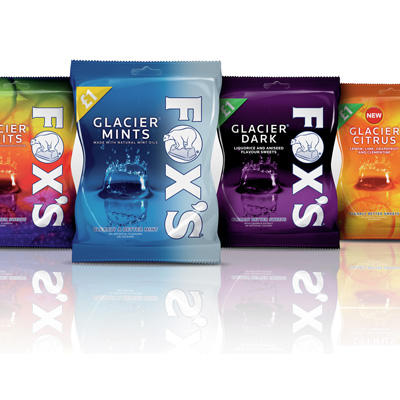 Buffalo has redesigned the packaging for the entire Fox’s confectionary range, as well as creating Union Jack packaging for its limited-edition variety.

Buffalo was appointed in November 2010, beating consultancy Pure in a creative pitch.

Caroline Middleton, senior brand manager for Fox’s, says, ’Feedback on the current packaging said it was quite dated. Refreshment and taste was a massive part of the brief – and to make it a little bit more modern.’

Sally Batty, managing director of Buffalo, says, ’The logo down the side gives the pack a new look, and the new font has a more contemporary feel.’

The Union Jack packaging will roll out at the beginning of March for two months, with the rest of the range on shelves by April.