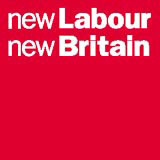 Printed campaign material: The manifesto has been designed in-house, as has other election material such as campaign leaflets and policy documents. Billboard posters are designed by advertising agency TBWA.

Websites: The party website, at www.labour.org.uk was designed in-house and has had slight changes made to it for the upcoming election. These, says a spokesman, are partly stylistic, partly navigational. Some candidates have their own sites.