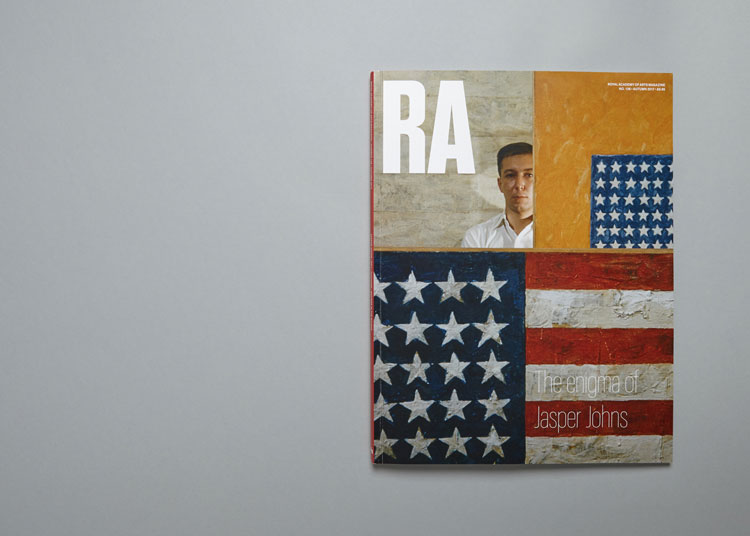 The Royal Academy’s (RA) quarterly magazine has been given a new look by London-based studio S-T to mark its 250th anniversary next year.

RA Magazine is published quarterly by the art institution and has a print run of more than 105,000 copies. It features essays, interviews with artists, opinion pieces, listings and previews of shows both from the RA and the wider art world.

S-T has worked on the art direction of the title since 2013. It was briefed to refresh the look and feel of the magazine ahead of its landmark birthday in 2018 and the redevelopment of its site at Burlington House in Central London.

The majority of RA Magazine’s readership comprises people who have Friends of the RA subscriptions, while a number of copies are sold on newsstands.

The magazine also needed to sit comfortably alongside the institution’s other communication materials, while simultaneously “establishing its own voice”, says Pollard.

A new RA Life section has been introduced that highlights current and upcoming exhibitions and events. Appearing in the back section, it features uncoated, pink pages that are shorter than the rest of the magazine in order to “make more of a feature of it”, says Pollard.

Another new section, Artist View, features articles and interviews written by artists, and the longer read features section has been refreshed.

A new typographic palette has been introduced throughout the magazine. New typefaces include Graphic Condensed, which is used to make headlines look more “expressive”, says Pollard, Lyon for the body text and Canela.

The Autumn 2017 edition of RA Magazine is out now. 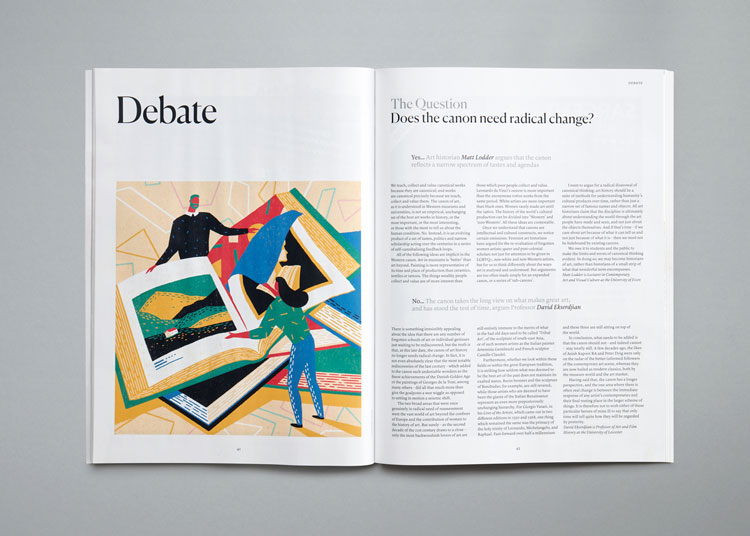 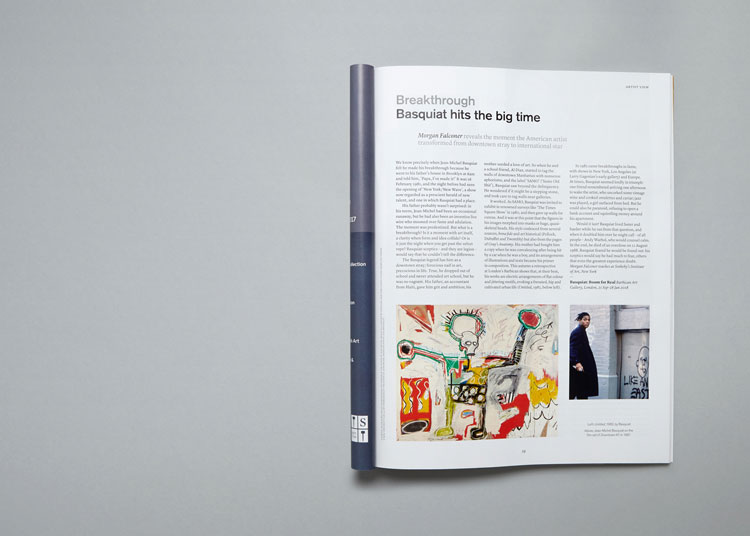 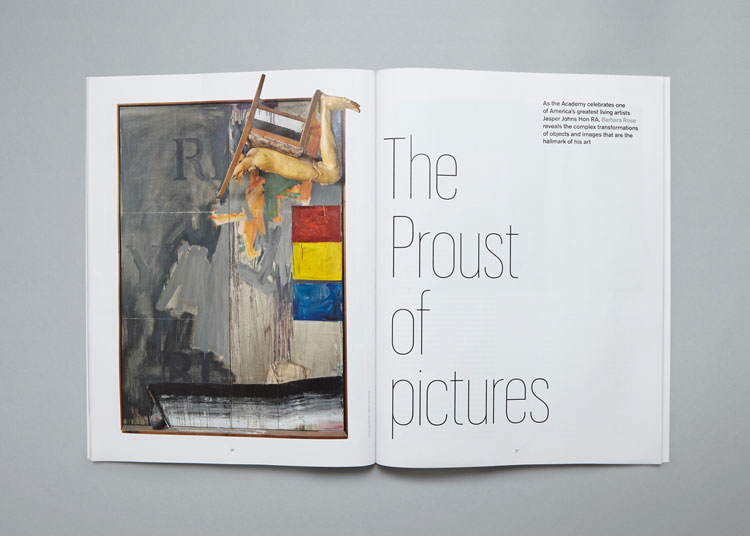 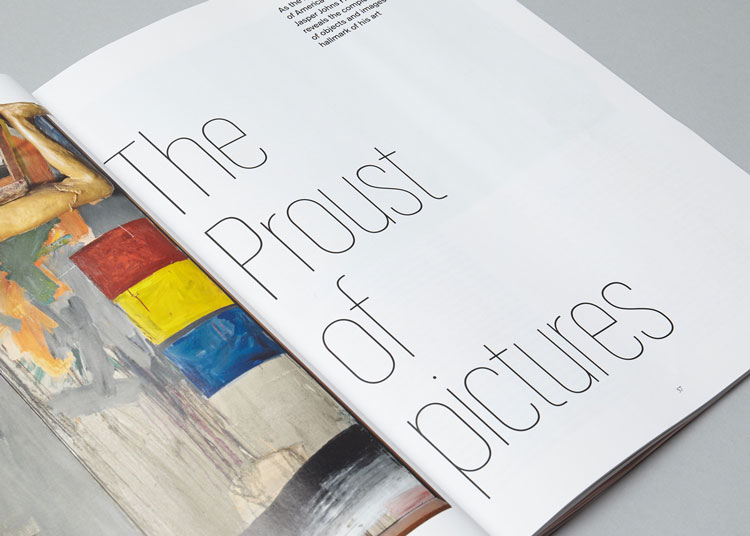 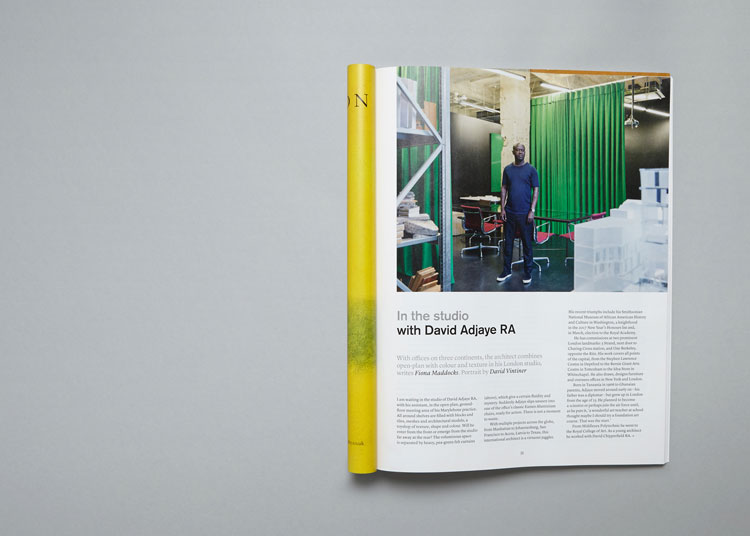 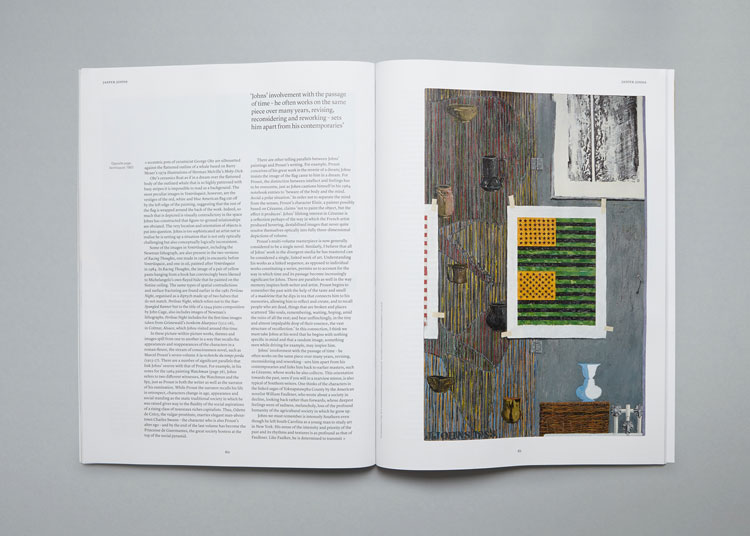 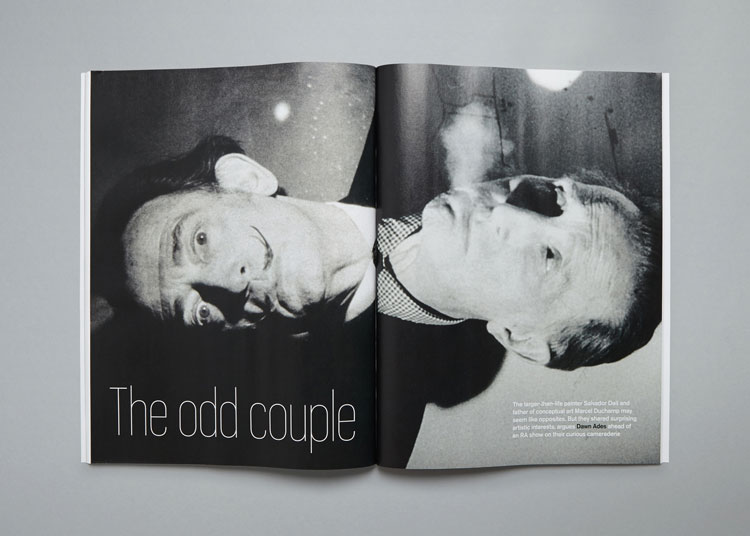 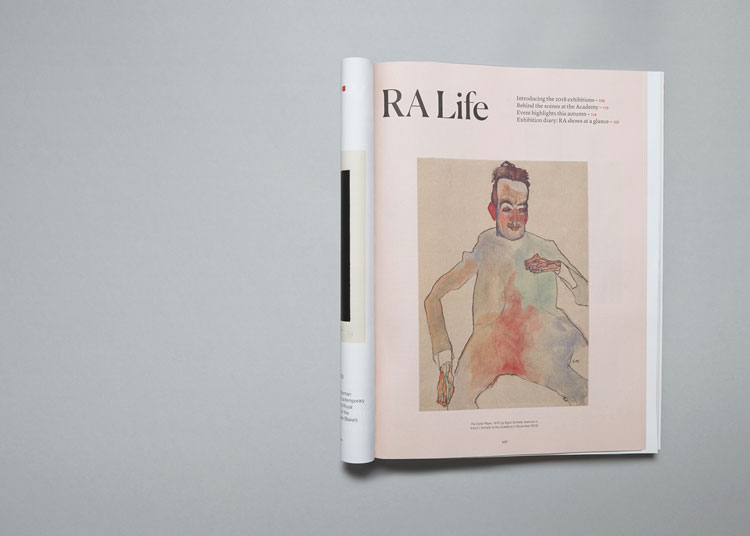 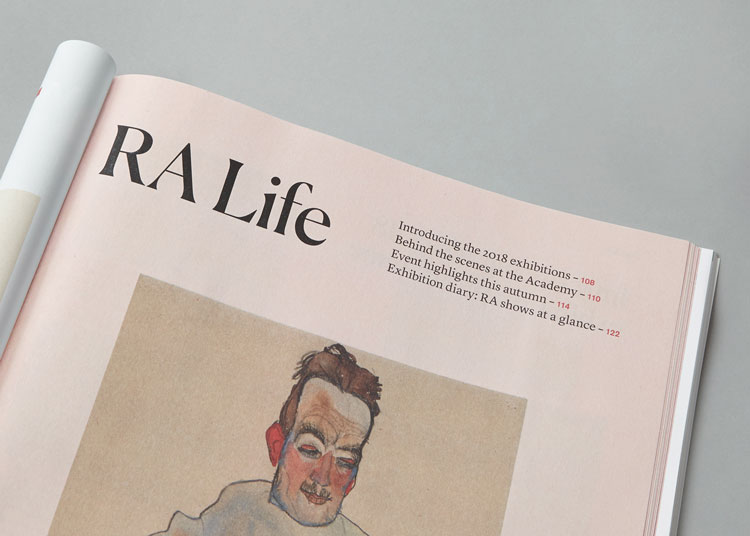 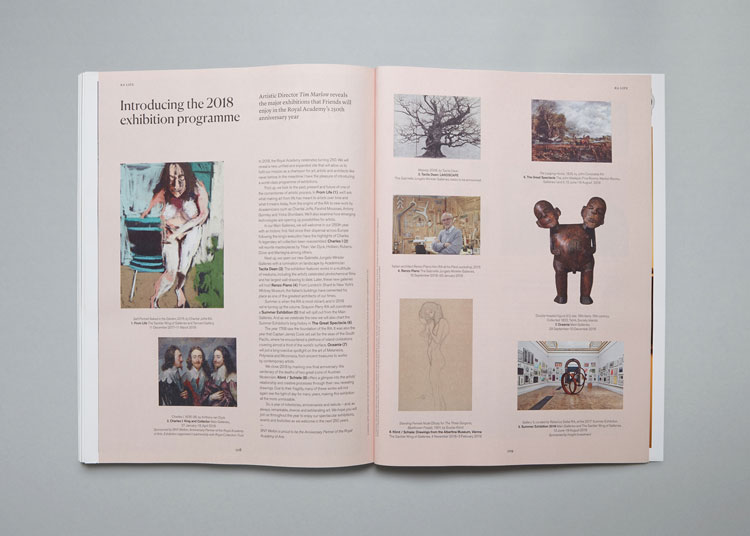