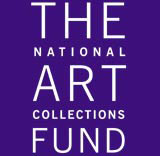 The National Art Collections Fund, a charity campaigning to acquire works of art for public collections, has appointed Johnson Banks to redesign its brand identity.

The consultancy won the work following a three-way credentials and strategy pitch against Pentagram and Wolff Olins last month. These consultancies were shortlisted from an original pool of eight.

Johnson Banks is tasked with revamping the charity’s visual identity and communication material ‘across all platforms’, says Catherine Carey, the charity’s director of marketing and development. It is the first time the charity – which helps prevent the removal of masterpieces abroad – has updated its brand identity (designed by The Partners) in almost a decade. ‘It was well and truly time to refresh the brand,’ adds Carey.

The move forms part of a long-term strategy to raise awareness of the charity, recruit new members and boost fundraising. The revised identity is expected to launch next spring.

‘The Art Fund is a brilliant idea hampered by an incredibly low profile. Everybody knows that art should be saved for the nation and everybody is aware of the campaigns to save the pieces, but precious few seem to know it’s the Art Fund that does it,’ says Johnson Banks creative director Michael Johnson. ‘Our job is to help clarify the organisation’s future aims, then visually and verbally put it on the map.’

â€¢ Has secured 850 000 works of art, including The Weeping Woman by Pablo Picasso and Virgin Adoring the Sleeping Christ Child, by Sandro Botticelli

Museums are spaces to show off all aspects of design