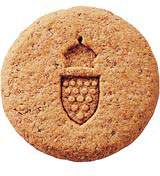 Despite the recognition and status enjoyed by ‘royal brands’, marques with royal associations can work against as well as for them. Avoiding overtly regal branding can be the only way to appeal to both royalists and republicans.

The Windsor Farm Shop, based in converted Victorian potting sheds in Windsor, has been established to sell own-brand products, such as free range meat, bread, dairy products and fruit from the royal estates and local farms.

Its aim is not to make money for Her Majesty the Queen, but to generate revenue for royal farms and estates and encourage other farmers to sell their products in this way, says a Windsor Farm Shop spokeswoman. ‘We’re not trying to rival supermarkets. We just want to get back to basics with good quality food from a known source.’

The Windsor Farm Shop brand is playing down its royal connections with a ‘low-key name’ and only a hint of ‘royalty’ in the logo, she adds. The identity itself does not feature a royal crest as the shop ‘has nothing to do with Buckingham Palace’.

‘[The Windsor Farm Shop’s] royal connections are a bit misleading. It is designed to be a local store, which sells products in season, not a tourist attraction,’ the spokeswoman adds.

A glance at the identity, however, reveals more than a touch of heraldry. A crown perches on top of a circular belt icon, inside of which sits the Windsor Tower.

‘Elements of the logo are from traditionally heraldic imagery, but we were keen to avoid an over-fussy identity,’ says Michelle Allen, design manager at Farenden Design, which won a two-way pitch three months ago to create it.

It will be applied to all Windsor Farm Shop own-brand packaging, from biscuits to soups to wines, as well as signage and carrier bags.

The interiors have been created by Havelock Europa, which designed the visitor centre at Sandringham House in Norfolk. Design director John Gillespie describes the Farm Shop as ‘traditional with a contemporary spin’.

A brand attached to the royal family can be a double-edged sword. People will be curious enough about the shop to take a look, but may be turned off initially because they think it is expensive, the shop spokeswoman explains.

Such issues surrounded the launch of the Prince of Wales’ Duchy Originals brand nearly ten years ago. It is undergoing a redesign by Springetts to reinforce its charitable brand values, which have been lost as the product range evolved, a Duchy spokeswoman says.

The original Duchy brand was created by Lewis Moberly in 1992. Its ongoing success is down to the fact that the royal patronage is played down, says creative director Mary Lewis.

‘We created a discreet identity for Duchy to reflect the modesty of the brand itself and its simple, honest products,’ Lewis says. ‘We set out to avoid both flowery regal imagery and dusty heritage, as it is easy to resort to clichÃ©s [with royal brands],’ she adds.

Duchy products are supplied by farmers on and around Charles’ Duchy of Cornwall estate, and Lewis Moberly was keen to play up this worthwhile aspect of the brand.

Springpoint brand consultancy director Giles Lury agrees that philanthropic values around brands with royal associations should be accentuated. The Duchy and Windsor Farm Shop brands must convey their social benefits, such as donations to charity and selling local produce, but strike a delicate balance between talking about their worthiness and going over the top, he says.

It is middle road consumers, who are neither royalists nor republicans, who need to be the most carefully targeted with the brand. They are unlikely to automatically buy it because they are fans of the royal family, nor shun it because of their principles.

Both brands are extensions of the royal family ‘brand’ itself, Lury adds. ‘The danger is, if the extension is viewed unfavourably it could bring the mother brand down with it,’ he says.

You could argue that the royal family is capable of damaging its ‘brand’ on its own, regardless of the activities of its spin-offs.

Whether the Windsor Farm Shop brand becomes as well-known as Duchy remains to be seen. But it could be argued that, whatever happens, such altruistic ventures are more beneficial than other royal business enterprises.