“Flags are maybe the best example of effective communication design there is,” says designer Evan Townsend. “I knew we could use a tool like that in Antarctica.”

Despite having been the subject of human exploration for 200 years, Townsend is the designer of Antarctica’s “first ever” flag.

He designed True South while working there, providing support to a scientific research team during the continent’s winter, when the average temperature averages -49°C.

Now, he is part of a team which is seeking recognition of the flag across the world. In doing so, Townsend says he hopes to give people the visual language they need to express their commitment to protecting the land. 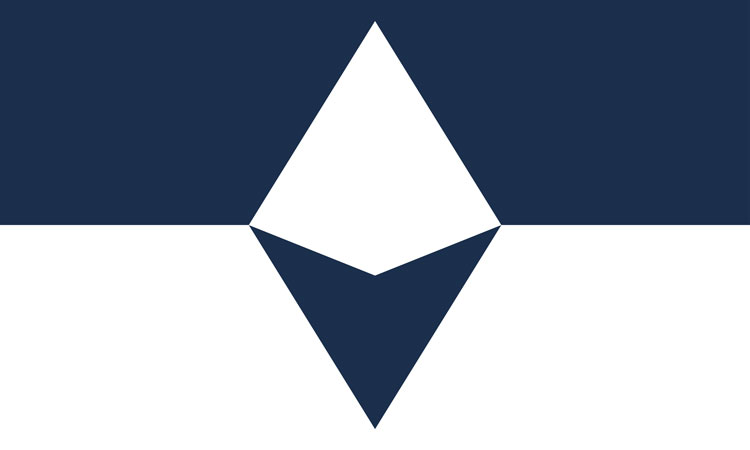 “Driven by the people flying it”

Townsend says the inspiration for True South and his mission came from seeing the success of the Pride flag. Flown at LGBTQ+ events the world over, he says the rainbow Pride flag is “a powerful tool that is driven by the people flying it”. Townsend says he wanted the same for Antarctica.

But finding a graphic that could effectively represent not just the 14.2 million square miles that make up the continent, but the roughly 4,000 people across 66 scientific bases who call it home throughout the year, was no small feat. “I wanted there to be a meaning behind the flag, of course, but I also wanted people to be able to create their own meaning too,” he says. 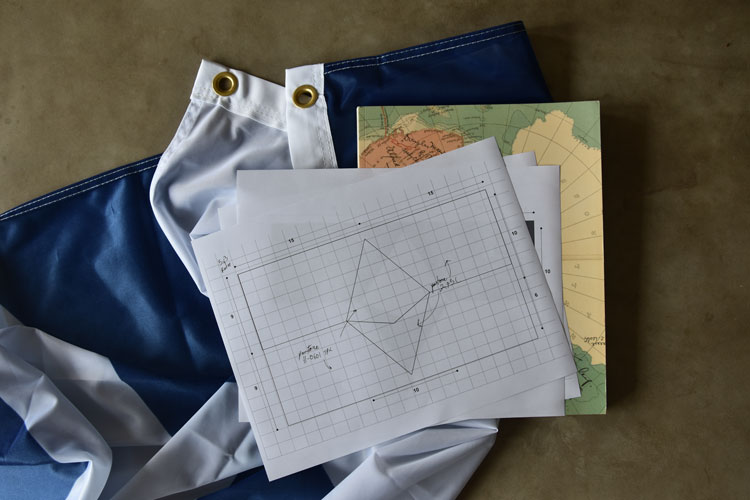 Townsend eventually settled on using Antarctica’s landscape as inspiration for True South. This was something that all living on the landmass would have a similar experience of, he says.

The starting point of the flag was its triangular peak. The symbol does not represent one peak in particular, but rather the many that can be found across the continent. “For me, the peak I saw most often was Mount Erebus [an active volcano, Antarctica’s second-highest], but for others working nearer the Southern Ocean for example, the peak outside their window could be an ice shelf or iceberg,” he says.

Below the peak on the flag, a southernly-pointed compass point marks Antarctica’s position in the world. Together, the peak and compass point make a diamond, which Townsend says represents the aim of continued peace and cooperation on the continent.

The colour scheme of the flag, which uses a dark blue and white, is another nod to the experience of those living on the continent. “Antarctica is a place of really strong visual contrasts,” Townsend says, giving examples such as the sky and the ice and the long days and long nights.

Since both the peak and the contrasting colours are “universal features” of the Antarctic experience, Townsend hopes anyone can look at it and see their own idea of the continent too.

An “extra piece of visual language”

Now the flag has been designed and Townsend has returned from Antarctica, he says the mission is to achieve as wide a recognition of True South as possible. Not having an official flag to represent the continent has a more significant impact than many realise, he explains.

“All the countries we know that have flags also have other ways of representing themselves, be it landmarks, cultural markers or ambassadors,” Townsend says. “Unfortunately, that isn’t as true for Antarctica, so to have this extra piece of visual language with which to talk about it is essential.”

Several countries – including Bulgaria, Turkey and the Czech Republic, all of which have Antarctic research programmes – have already adopted the flag, and it is flown at several locations across the continent.

But Townsend is quick to say the focus of the True South project is about more than just national adoption. “A lot of the support we’ve received has come from individuals and I think that’s equally as important,” he says. “People need to be able to feel some kind of ownership over this continent – just because you can’t experience Antarctica in real life doesn’t mean you don’t care about it.”

For this reason, seeing True South replace the current Antarctic flag emoji will be a marker of the project’s success, Townsend says. The continent does have a flag emoji currently, but it is just an icon of the landmass against a blue background. Because Antarctica has no central government, Townsend says an emoji would be one of the biggest distribution channels the True South flag could have.

“It’s a really accessible way to reach people, which is why it would be good to see it changed,” he says. “We want people to feel the flag is theirs to use as they see fit.”