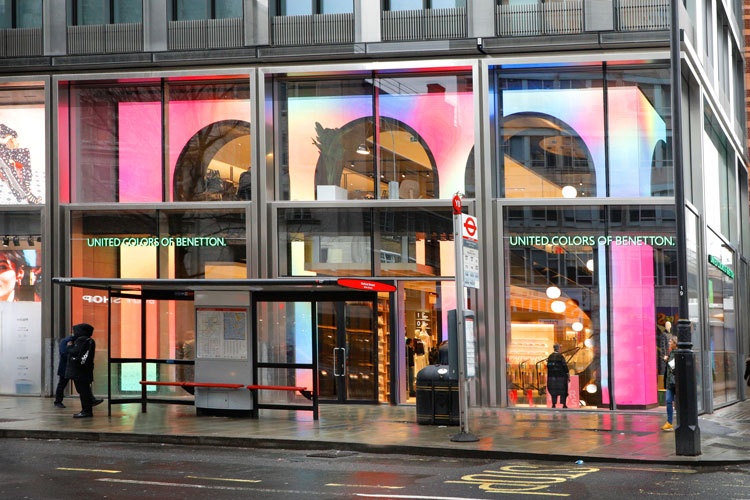 The Italian fashion brand’s new retail space has been designed by its in-house retail design team, and includes technological features such as touchscreen tables and interactive screens.

The store exterior sees a 12-metre-high archway that is influenced by classical architecture, and which also features LED screen cladding that will show video content produced by Benetton’s in-house research centre, Fabrica. 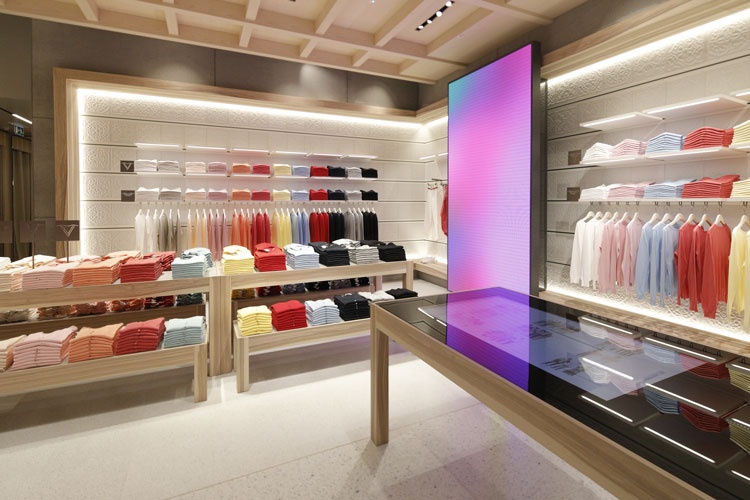 Inside the 1,500m² store, the design team has used natural materials such as wood, iron and stone to furnish the space.

A lounge area features touchscreen tables that allow visitors to view the brand’s entire collection, as well as books and design magazines to read.

There is also a series of different payment stations across the shop floor, which replace the traditional checkouts used in previous stores, says Benetton. 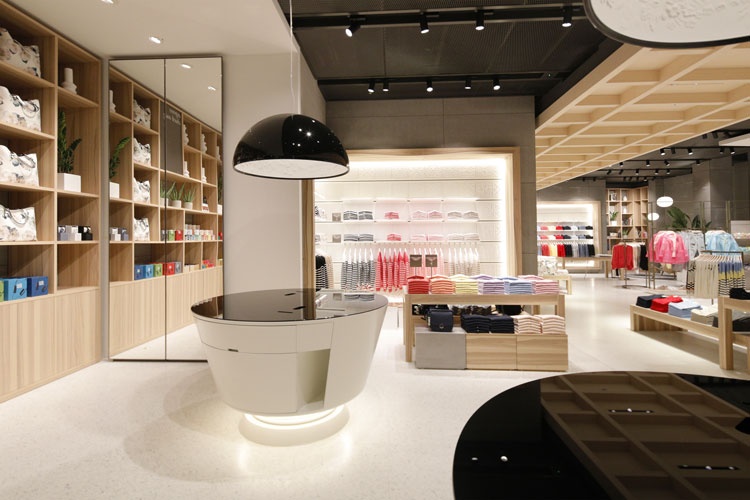 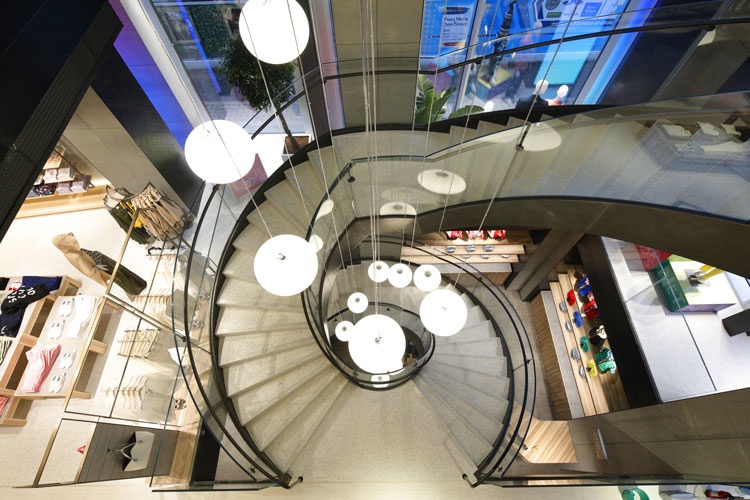