To many the Eameses are remembered as influential furniture and product designers, which of course they were, but they also worked in so many other fields. Charles and Ray Eames arguably set up one of the first multi-disciplinary design studios and fostered a deep-rooted design philosophy that erased the boundaries of life and work.

A new blockbuster exhibition at the Barbican, The World of Charles and Ray Eames looks to re-examine, their legacy and takes a broad view in the hope that we can better understand them.

What strikes you about this exhibition is that it shows how the Eameses would find a design solution to answer any problem. It led the Eames Office – the studio they set up – to approach projects as architects, furniture designers, exhibition designers, graphic designers, product designers. The Eameses worked in painting, drawing, film making, sculpture, photography and collaborated frequently.

One of their most famous films, Powers of Ten, was made for IBM in 1977 and zooms out from an innocuous picnic on the surface of the Earth to deep space before racing back to examine our planet at a sub-atomic level. It was subtitled A Film Dealing With the Relative Size of Things in the Universe and the Effect of Adding Another Zero. One of its messages was the idea that design exists between the cosmos and the atom.

The exhibition runs until February next year and combines 380 works, as well as contextual material from the archive of the Eames office and personal collections.

Perhaps the greatest legacy of the Eames Office is that today, long after its closure in 1978, it still feels like a phenomenally modern consultancy.

What can visitors expect?

Beginning chronologically but expanding thematically, the exhibition looks at how the Eames Office worked and who it worked with.

Barbican curator Catherine Ince, who has been working on the exhibition for three years, says: “Really we’re trying to unpick the broad nature of their work. We take you through their practice and bring the point of view that design was a tool for life for them”

In doing this the exhibition reinforces the message that the Eameses had a broad skill base according to Ince, who says: “They were for example photographers as much as material and 3D designers.”

Visitors should get a sense of what the Eameses were like as people. They were perennial collaborators and networkers and you can also see that they liked to have fun in their life and work.

Ince says: “We can tell a lot from period correspondence, telegrams and so on and their voice really comes across in preparatory notes. We also try to show the personal relationships they had with a wide circle of friends.

“They were friends with the architect Eero Saarinen, the designer Alexander Girard, [former Labour minister of technology] Tony Benn, but also with Hollywood and filmmakers like Billy Wilder.”

The show begins chronologically and captures milestones such as the Eameses moving to Los Angeles in 1941 and gives the context of the World War II as the studio was experimenting with moulding and plywood.

“Alongside the plywood experiments they were developing their own house,” says Ince. 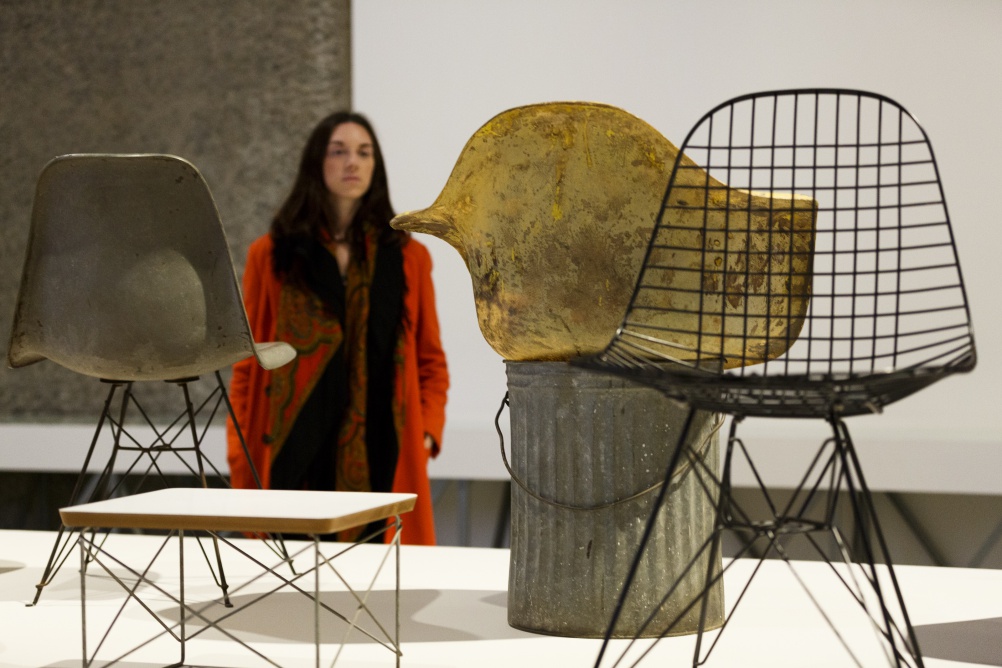 The exhibition then turns to the realisation of fibreglass designs before jumping to themes such as communications design and splintering off into other directions.

“We look at how they were able to reach broad audiences with the latest technology and theories and how computing was an important tool for them,” says Ince. 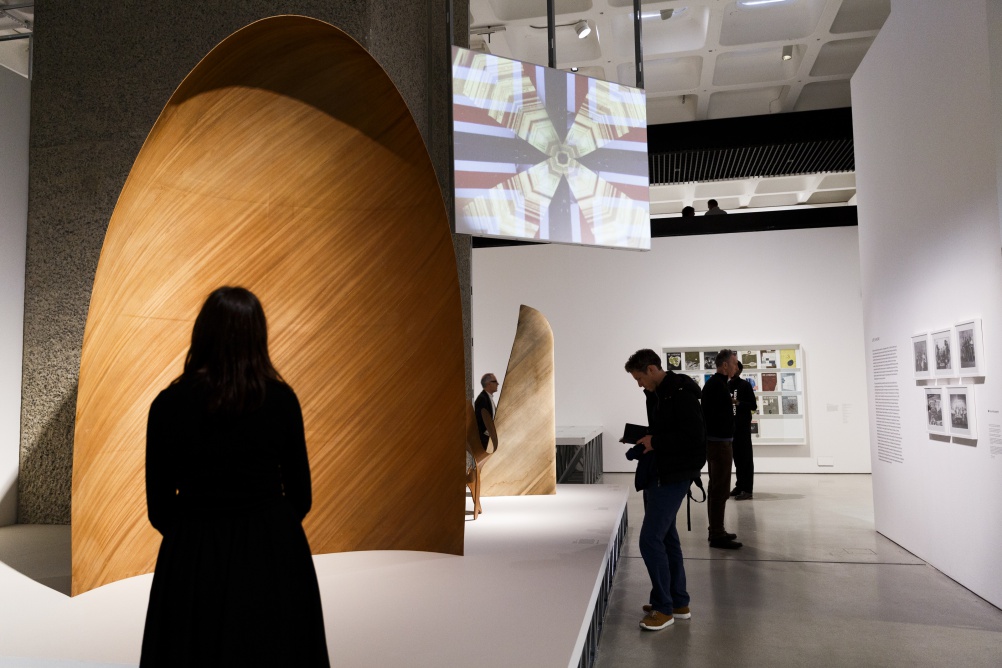 Pieces on display include an experimental study for the moulded plywood nose cone of a military aircraft, there are screenings of a selection of the Eames’ films and a scale model of Think, the installation designed for IBM at New York’s World Fair in 1964-65. 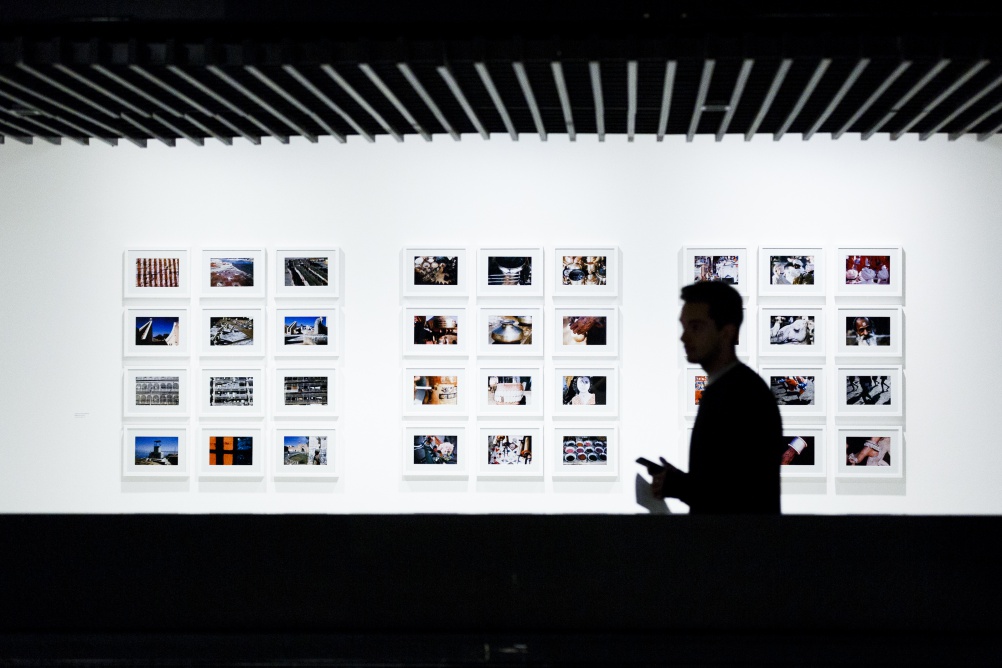 Ince has commissioned 6A to work on exhibition design and John Morgan Studio to work on graphics and a campaign.

She has also edited an accompanying book published by Thames and Hudson under the title The World of Charles and Ray Eames.

Ince says: “Through their eyes we see how they viewed the world through their interest in science, communications technology and history, how prescient they were and I hope the show inspires a curiosity in people to look at the world around them differently.” 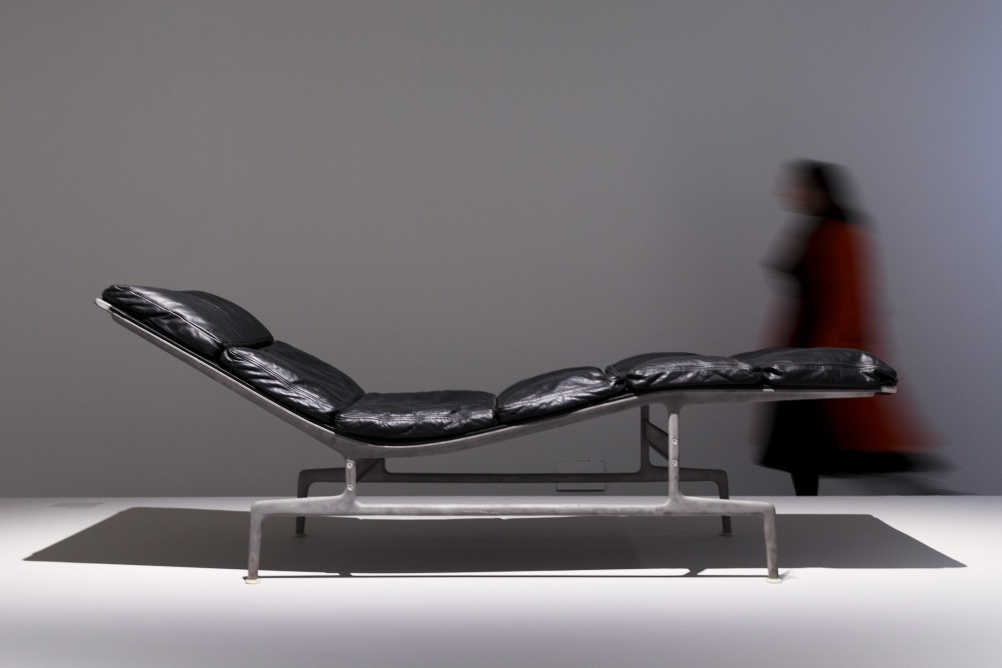