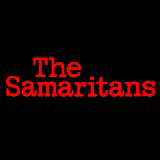 Wolff Olins has been appointed by The Samaritans to conduct a review of its brand identity. Results of the audit are expected early next year.

The Samaritans communication manager Julie Alexander says it is still too early to say how much branding work will occur. She denies the charity is suffering from a lack of financial support, but says it needs to “address its image and whether we are targeting the right people”.

“Wolff Olins is working on brand positioning and a brand review, but we don’t know whether we are changing our name,” she adds.

“This is the first review of its kind the organisation has done in 15 to 20 years and we want to ensure we are a contemporary and relevant organisation to our supporters and people in crisis,” says Alexander.

She says The Samaritans is undertaking a strategic review of all its activities, as part of a five-yearly performance assessment. This review includes its fundraising operations, the effectiveness of its work with people in crisis and how it runs its helpline.

Wolff Olins is working on the audit on a pro bono basis, but the charity could not confirm if the arrangement would continue for any rebranding work.

The consultancy won the work as part of a credentials pitch against two unnamed groups.

Founded in 1953, The Samaritans provides support to people in crisis and in danger of suicide. It also raises awareness of issues around suicide and depression.

It has 203 branches around the UK and Ireland and receives some five million contacts a year.

Balance between in-house and external exhibition design must be found