Language learning app Duolingo has redrawn and animated its mascot in a bid to create a “more engaging” and richer user experience.

Duolingo offers free lessons in a range of languages, from Spanish to Klingon, across multiple digital platforms.

The app, which was launched in 2011, encourages users to take part in short lessons, rewarding them for returning on a daily basis with points for completing learning goals.

The app’s refresh, which Duolingo describes as its biggest visual shake up in five years, has set out to create a “brighter” and more “vibrant” look, in a bid to “continuously improve” the experience of users and “motivate” them to keep learning.

The redesign has been centred largely around updating the app’s owl mascot, Duo, who has been given more “personality” and a wider range of expressions and movement, according to Duolingo art director, Gregory Hartman.

“From the outside, it wasn’t entirely obvious that Duolingo needed a redesign – but it was a different story internally,” he says. “We were working with two art styles that didn’t mesh well together, which hindered our ability to use Duo, our mascot owl, in more dynamic ways.”

The redesign, which has been done in-house, looks to be more “consistent” across all platforms and language courses, with thousands of illustrations updated throughout the app. 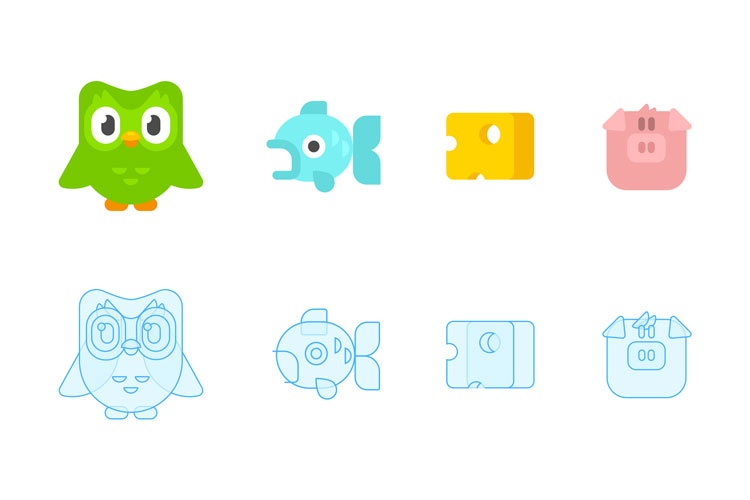 Some of the key design changes include using more geometric shapes and a flat perspective for imagery throughout the app, which Hartman says makes it easier to add animation and combine different images together, “regardless of who drew them”.

Prior to the redesign, Duo the owl and other illustrations had a more “hand-drawn” look about them with more irregular shapes.

But Hartman explains that as the Duolingo team has expanded and the range of products has grown since the previous redesign five years ago, it was necessary to make the imagery more “scaleable”, faster to produce and easier to animate.

Duo, who has been drawn with two semi-circles for wings and “pill” shapes for feet, has been transformed from just a “figurehead” to a “mascot”.

“Duo has made a few appearances in the product and marketing materials, but we felt he had more of a story to tell in the user’s experience,” Hartman says.

“Giving him a broader range of emotions would allow the user to develop more of a relationship with him as well as allow us to show him in even more places within the app.”

The owl, which used to be impassive, has now been given different expressions such as excited, happy and sad, allowing him to react to the learner’s actions.

For example, if a user does not return to the app to continue learning, they may be presented with a crying owl through the app or in email communications. 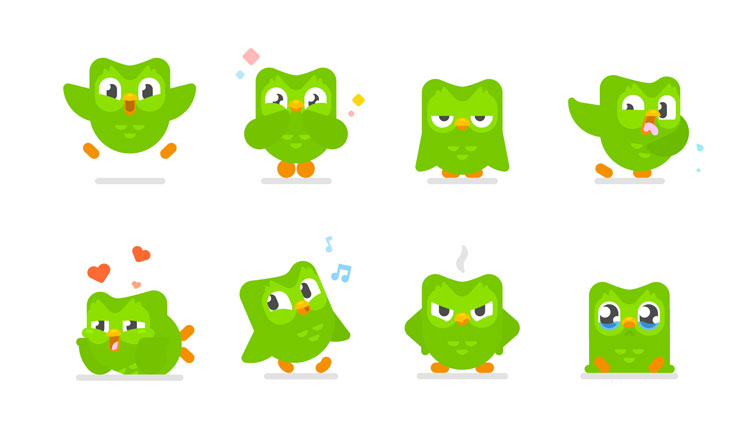 Animations have also become part of the user experience. For example, if a user gets a number of language challenges right, an animated Duo gives them a smile and wave, alongside a speech bubble saying, “well done”.

Hartman says it was decided that animation would be most “impactful” when used during the most “rewarding” moments of a user’s journey and that it helped to make the UX feel more “gamified”.

“Seeing a treasure chest explode open with gems or watching your daily streak ignite into a flame seemed to lend itself easily to movement,” he adds.

Other imagery in the app includes cartoon-like illustrations for different learning themes, such as a sock for fashion and an airplane for travel, all presented on brightly coloured backgrounds which include purple, blue and green.

Boxes containing words have also been given softer edges and rounded corners.

The refresh has already been rolled out to all iOS users and will soon also be applied to the Android version of the app, and later the Duolingo website.

All images courtesy of Duolingo. 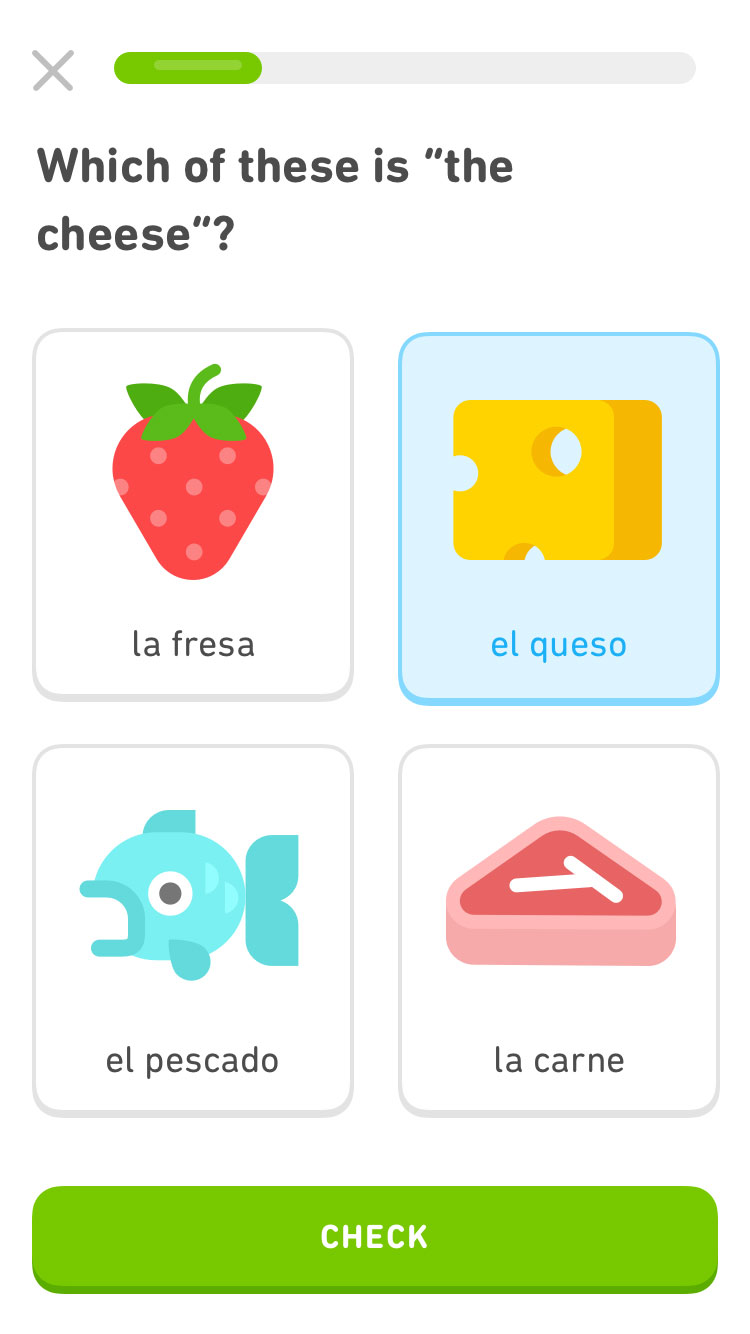 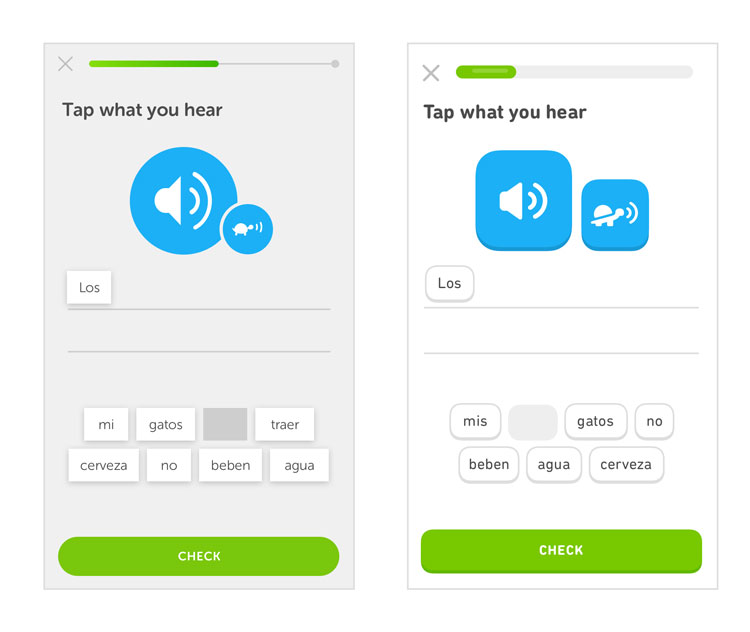