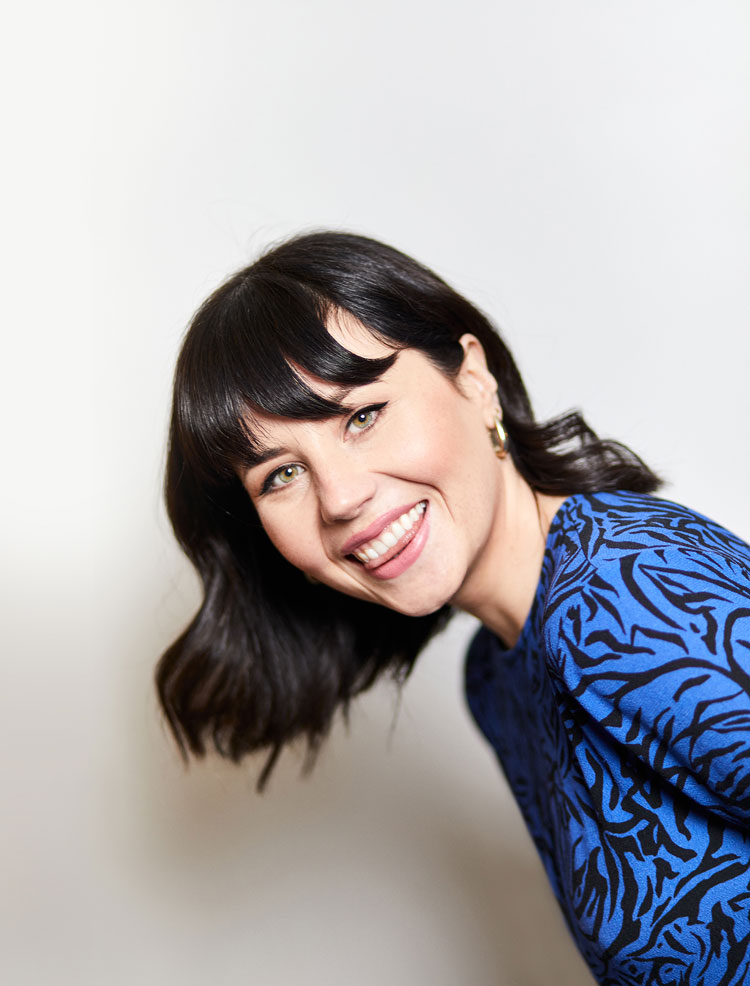 “Honestly, it’s thinking of something different to say every international women’s day because the truth is, year-to-year the same issues remain. There’s a gross imbalance of equality.

This year I signed up to be a mentor for the ‘Kerning the Gap’ and though I knew the creative industry is sorely lacking in female leadership I was shocked by their statistic, that 63% of graphic design students are women; yet only 17% are Creative Directors.

We need to address the imbalance and draw focus to it all year round, not just annually. The responsibility of this should not be left solely to female creatives, but to all agencies, business leaders and industry figureheads. In the attempt to address equality, we should be careful not to exercise tokenism; placing females strategically – sprinkling them between the male dominated teams, panels and events. I’ve been lucky enough to work with other female designers and I regularly engage in networking events where I can meet more, but I’ve never worked for a female creative director.

Women need to work with other women, and to meet female role models in order to believe they can break through the glass ceiling.” 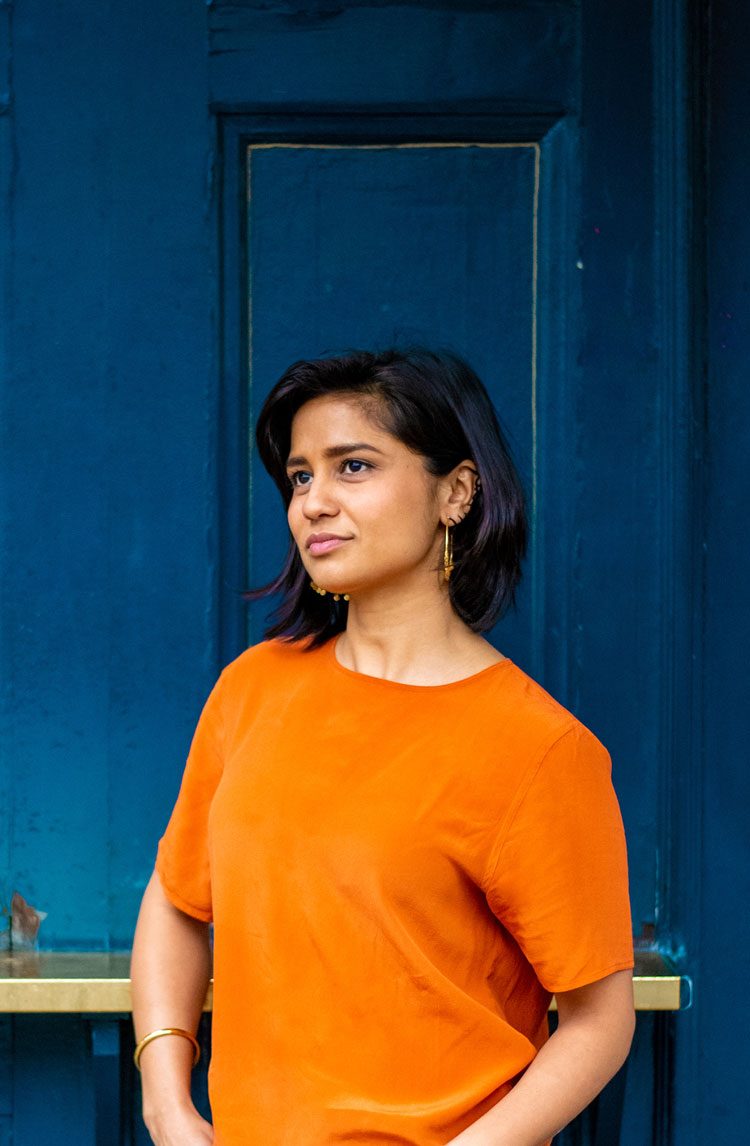 “In pursuing a creative career, my greatest barrier was more about not realising the full spectrum of opportunities available. Being a designer was not the only way in. As a strategist I have found the perfect blend of business acumen and creative thinking, and this balance is what makes me tick. Within Design Bridge I don’t see barriers because of my gender, and I have no doubt that this is because a lot of heavy lifting has been done before my time by incredible women and hugely supportive men. So for me, deciding on whether a role is appropriate because of your gender could mean letting an opportunity slip by. Only by embracing it can you add your own special spin – regardless of whether you’re a man or a woman.” 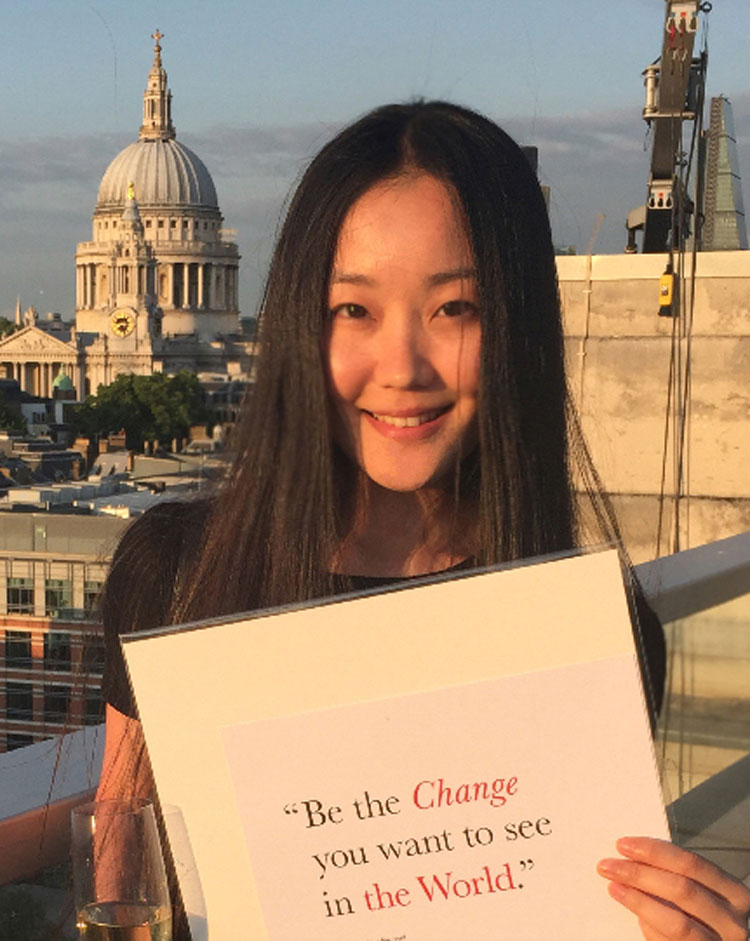 “I am an illustrator. Whether it’s illustration or design, I believe gender-specific challenges are an issue in the creative field, but I haven’t experienced more challenges just because I am a female illustrator. I would call it lucky, but I know it’s because more and more outstanding women are active in the creative field. And they let everyone see the power of women, they speak for women and they empower more women. I do believe that the challenges of the future will be more for people, rather than just for women.” 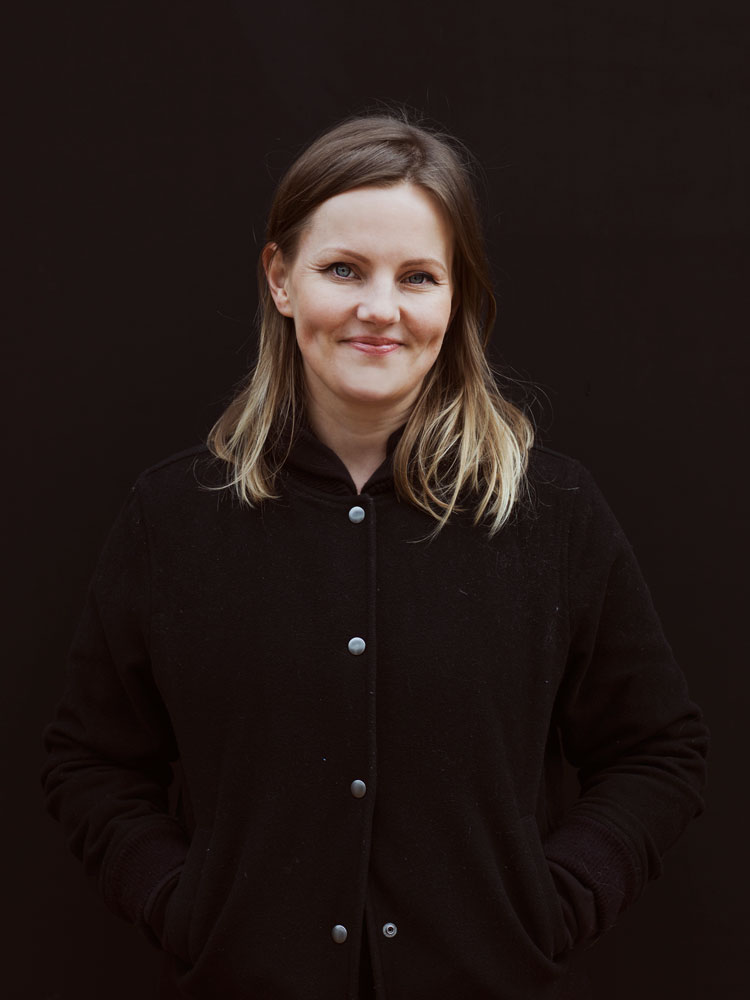 “When we talk about the challenges women face, which women are we talking about specifically?

It’s 2020. (Some) women got the right to vote 102 years ago and it’s still a challenge for many to get a job in an industry for which they have exceptional skills. As a white middle class woman who doesn’t think she wants children, my experience differs drastically from many others. When your background and experience differ, your real options, especially the design sector, can get limited very quickly.

Many people are working hard to break down those barriers, but it’s more complicated than gender in isolation, or disability, or class for that matter. It’s a mix of all of those things and that’s not easy to dismantle.

Lots of society is automatically set up to suit someone like me, and that makes me angry. I have the privilege of anger and the benefit of opportunity. I’m frustrated by the pace of change. Let’s shake it up – all of it, now, right away, by yesterday.

The discussion about gender and opportunity is more complicated than talking about men and women alone. The struggle for many is real, it’s multifaceted and it’s urgent. This international women’s day? Let’s talk about how differently all those who identify as female actually live. That’s the challenge.”

Sabine Zetteler, founder of Design Can 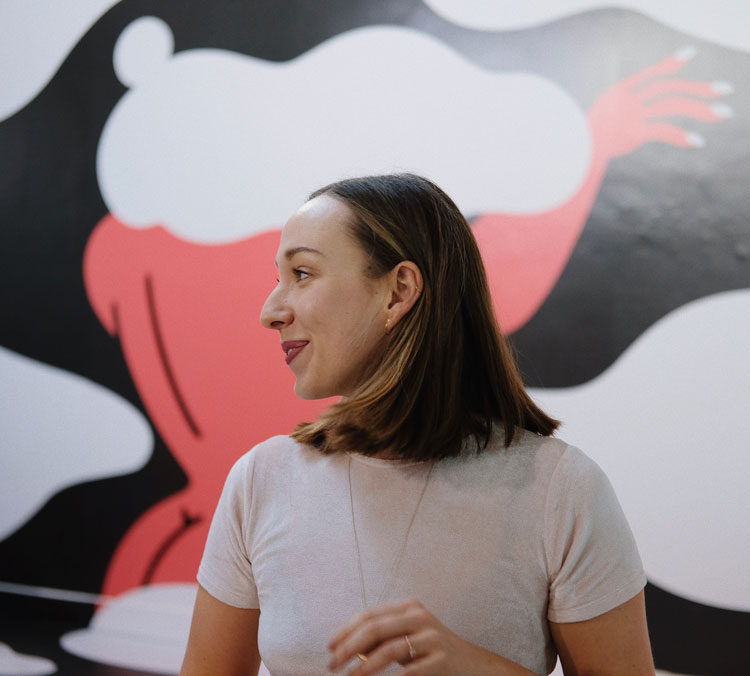 “My experience working in the creative industry has been really positive – I never felt like being a woman stopped me from achieving anything I wanted. I always feel like the people who are reaching out to me for work are just interested in my illustrations and my style, who I am as a person isn’t really relevant – and I think that’s a good thing. What I try to avoid is whenever someone’s reaches out with the argument that their project is only female led or “girls only”, it’s a nice idea but that’s not the reason why I want to be approached. Ideally, my gender would have nothing to do with why I get a job, only the quality of my work would.” 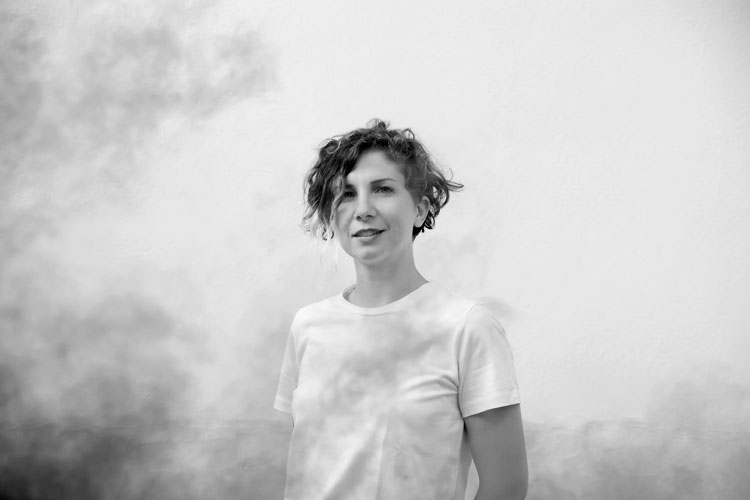 “One challenge I often experience is struggling to be seen as an expert by an audience of older men. As a result, I use a simple trick to become more trustworthy and gain authority. For those tricky meetings, I wear the perfume that their mothers or grandmothers would have worn: CHANEL No 5. It’s impressive how smelling a familiar perfume, often associated to an older generation, can trigger respect and reverence in even the most alpha male executive.” 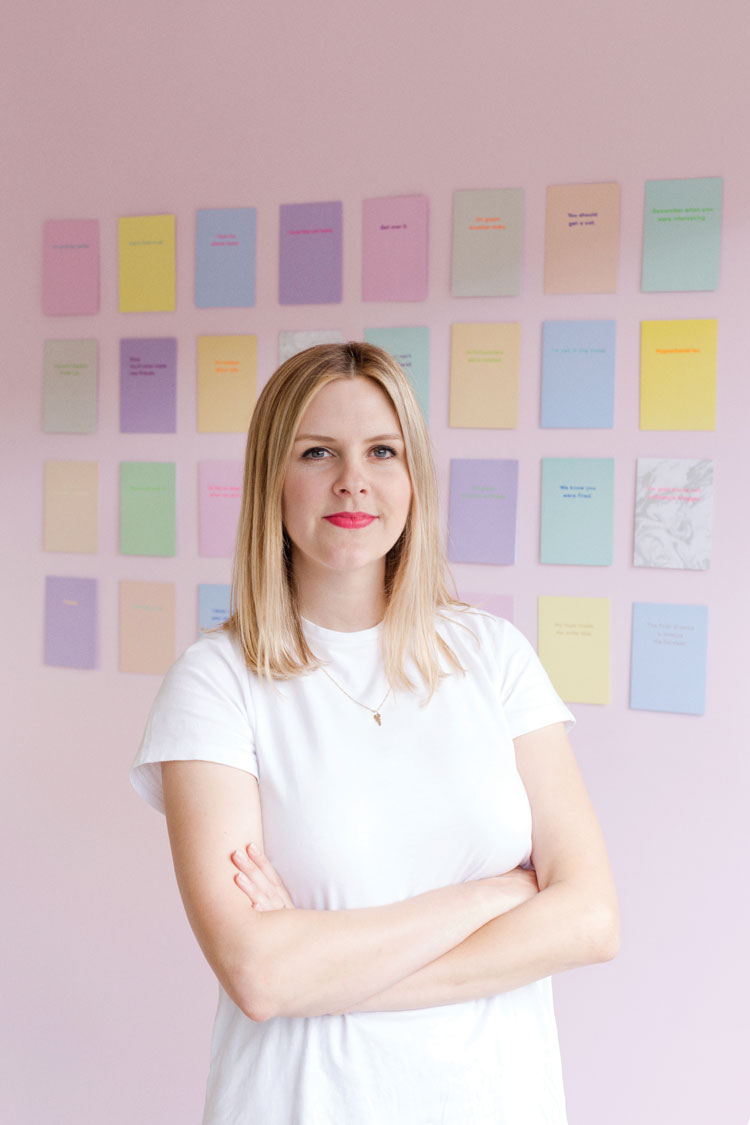 “While we continue the myth that the best work is done in an office environment between the hours of 9 and 5, the challenges for women in design today will remain consistent. Things like female leadership, equal pay, an even split between the sexes and fully supported maternity / paternity leave are improving but we’re a long way off from where they need to be.

I left full time employment in November 2016 and haven’t looked back. Running your own company is tough, it’s a bit like having a kid – nobody has asked you to do it so you constantly need to self-motivate and keep it alive. We should rethink our approach to time and location when it comes to work. This applies beyond the design industry. We need to end the fetishism of overworking and allow flexible hours to dominate the way we structure our time. This would enable better lives and a more equal balance for all.” 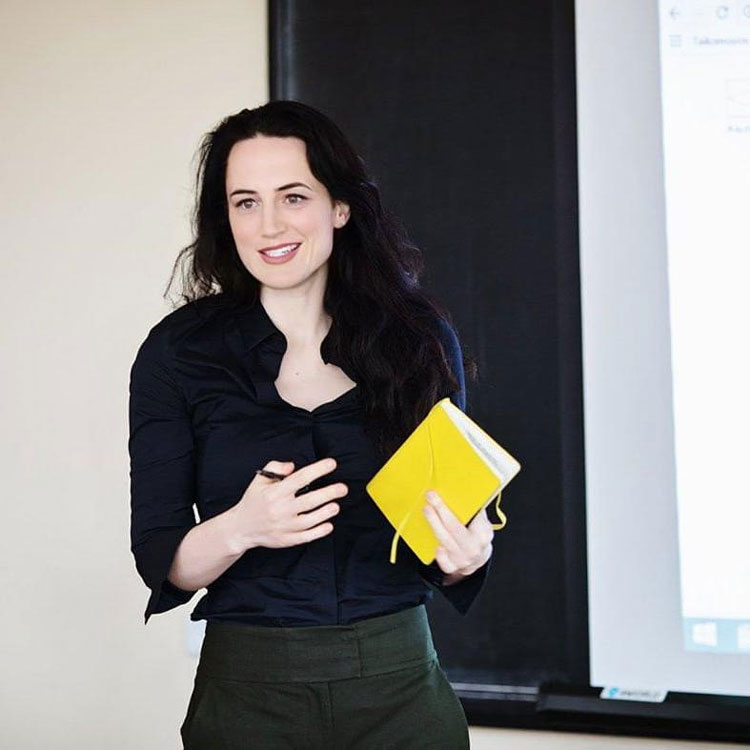 “The trouble with gender and architecture remains. Inequalities related to leadership, maternity/paternity, salaries and let’s be honest perception, remain adversarial. We can exacerbate the situation in the way we highlight challenges, but let’s not be embarrassed about celebrating the work of women. As a female led studio, working as both the masterplanner and an architect for the soon to be completed Design District in Greenwich, this gave us the opportunity to show there is no inequality in results. If the bleak statistics highlight anything, it’s that what’s needed is the recognition of female innovation and ability.”

Hannah Corlett, founder of Assemblage, and is the masterplanner and an architect for Design District