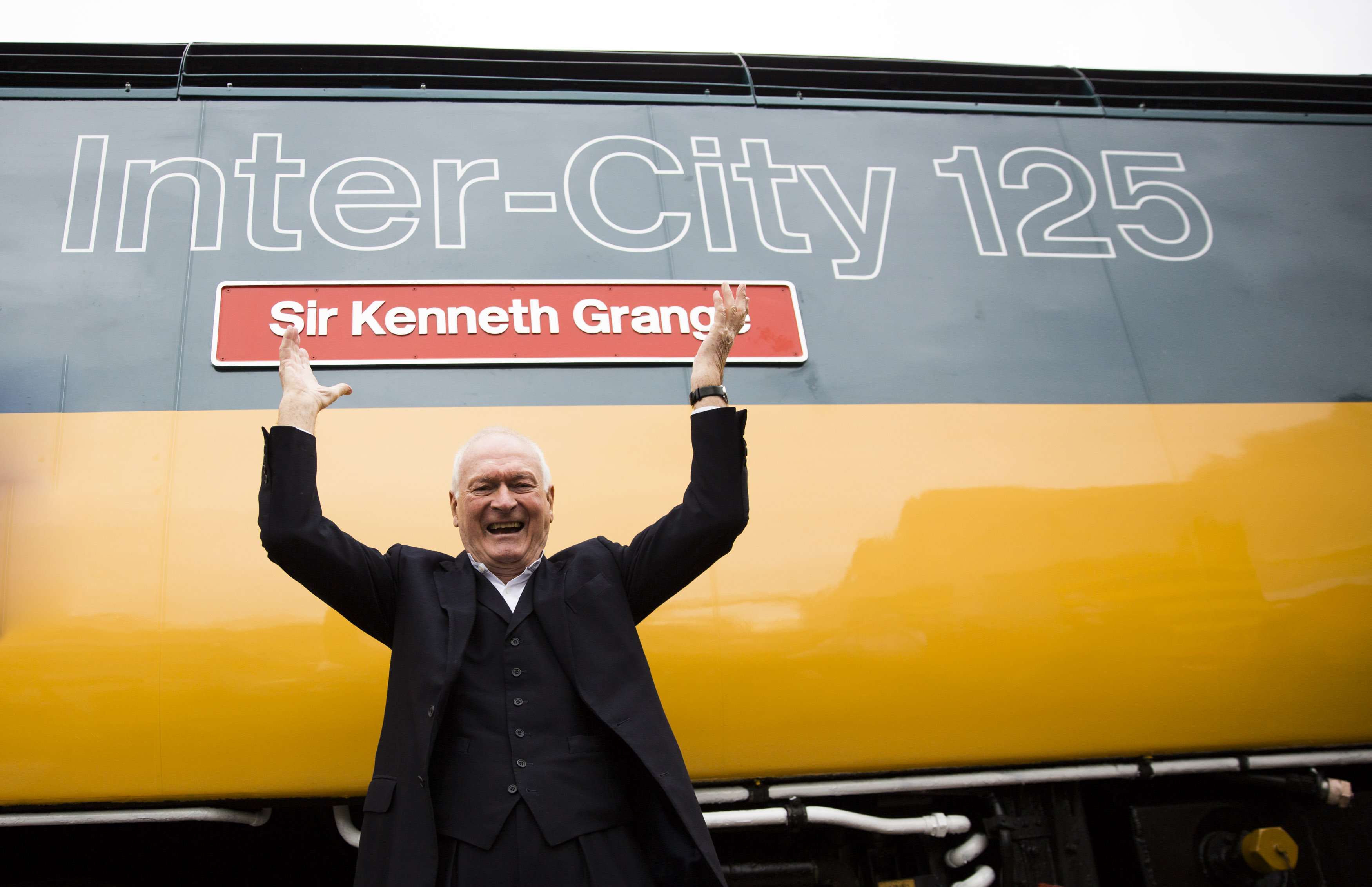 Update 19 May 2019: The UK’s first high-speed train, the Intercity 125, which was designed in the 1970s by Sir Kenneth Grange, has now been discontinued. Railway enthusiasts, including Grange himself, took its last ever trip this week, between London Paddington and Exeter St Davids. The fleet is being replaced by the electric Intercity Express Train.

Intercity 125 designer Sir Kenneth Grange has had a train named after him to mark 40 years since the iconic design first took to the tracks.

Grange received the honour at an event held at GWR’s St Philips Marsh Depot in Bristol to mark the anniversary of the train going into service in 1976.

The Intercity 125 was the first high-speed train to go into service in the UK and is capable of hitting speeds of up to 125mph in regular service. The train is still in regular use by most UK rail companies.

British Rail had, in the 1970s, already been looking to develop a new high-speed train, but according to a 2011 interview with the Financial Times, the impetus for the Intercity 125 project came from Grange himself. 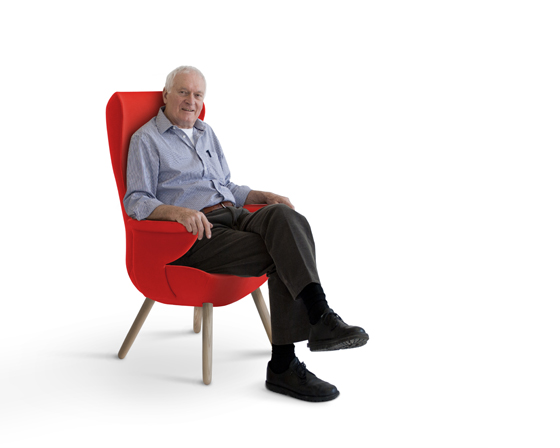 The designer told the FT’s Edwin Heathcote: “I’d been approached by British Rail [in 1968] to design a livery for a new train. It was a bloody ugly thing, it looked like a barrel with a port-hole at the front, but I’d learned never to say no to a commission.

“I’d done some bits and pieces for British Rail by then already – I had a bit of a track record. So, without permission, we started working on a new design, on what a train could be. We tested models in a wind tunnel (slipping the lab technicians at Imperial College a fiver) and we took along the new models, along with all the wind-tunnel information to British Rail.”

When Heathcote later asked Grange which of his designs he is most proud of, the designer said: “The train still takes some beating. There’s nothing like having to live with your designs and it sounds arrogant but there’s not much I would change about it today.”

However, in a 1996 interview for Design Week, Grange told Michael Evamy that he would be happy to see the Intercity 125 replaced.

The Conservative government at the time was in the middle of privatising British Rail, and Evamy pointed out that this would likely herald a drought of investment in rolling stock.

This in turn would see the Intercity 125 run “well into the 21st century”. Grange’s response was “That’s wrong, because it means there are a lot of other things not being renewed that ought to be.”

After four decades in service though, the Intercity 125 is now set to be replaced on the UK’s rail tracks. 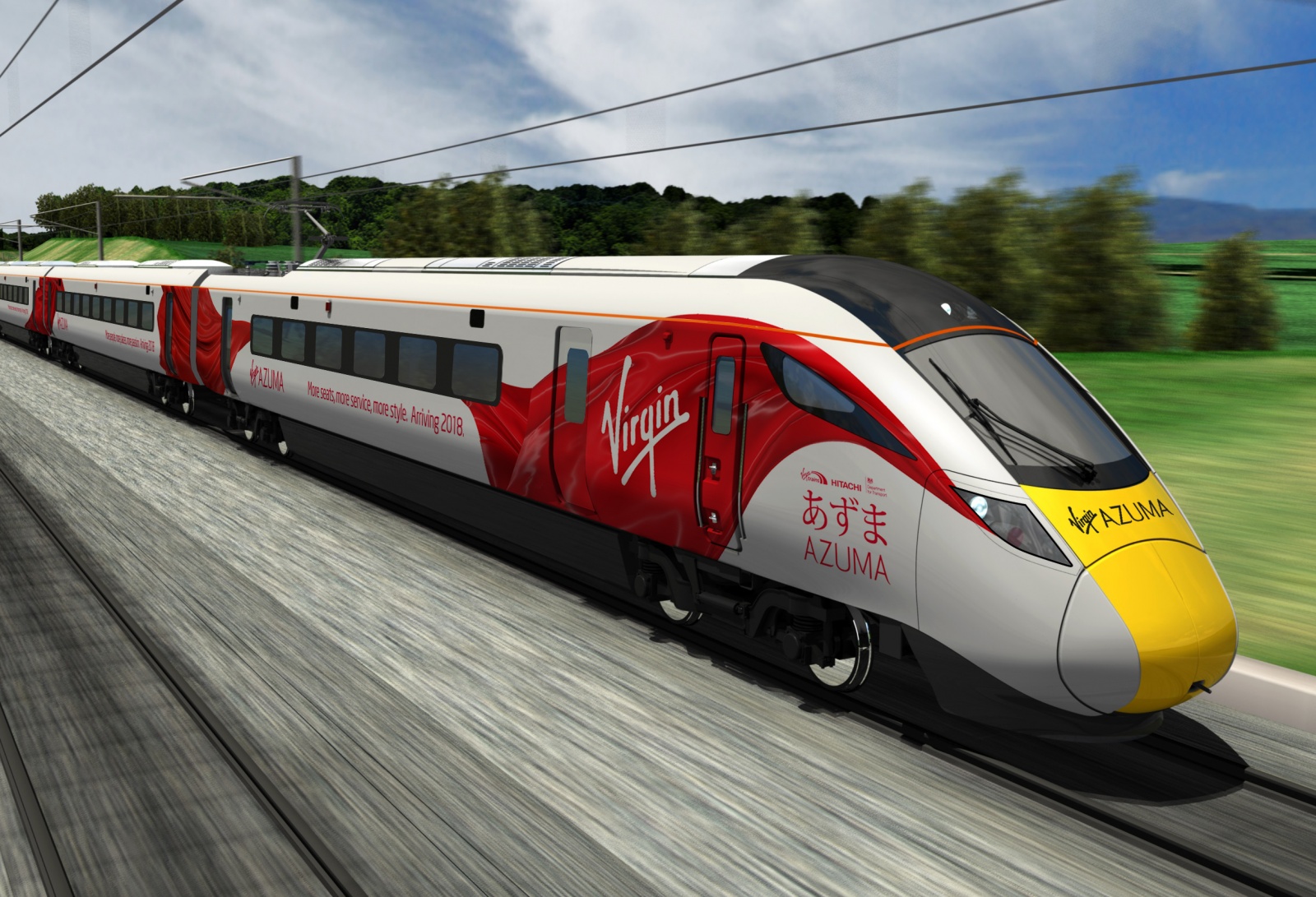 Hitachi Rail Europe has developed the Hitachi Class 800 and Class 801 trains, which feature interiors by DCA Design International, which are set to come into service in 2018 and will, according to the company, be “one of the most advanced trains on the UK’s rail network”.

Virgin has already unveiled the livery and name for its Hitachi fleet, which will be called Virgin Azuma trains and will run on the East Coast Main Line.

And like Grange’s iconic design, the new trains will initially run at a top speed of 125mph.

• Virgin’s InterCity 125 replacement set to take to the rails