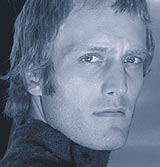 The current state of digital media is akin to the aftermath of a heavy bar brawl; a few lifeless forms (presumed dead) lie on the floor and a few stagger towards the door. Even the lighter casualties are trying to disguise their black eyes and limps. The odour of alcohol that only moments ago smelled sweet and seductive, fuelling the high spirits, is now a putrid stench as we all wake up with one terrible hangover.

Word on the street is that things are picking up in the digital media scene, but compared to what? It’s clear that the madness of last year isn’t about to be repeated, so what are we going to see over the coming months? For an existing consultancy or upstart in the digital media space, what is the current climate? Do we build a luxury condo to accommodate the high volume of anticipated clients, with all the inevitable risks of investment and inflexibility, or should we join a herd of wildebeest, seeking water and nourishment on the plains of the Serengeti?

How do we kick-start this business if, indeed, there is any sense in starting in this climate at all? There’s no venture capital, or not much of it anyway. This is probably the cause of the biggest difference between today and the same day last year.

Lack of VC means a lower number of new business starts. It means lower budgets for communications and infrastructural development for the new companies that are being set up. It also means that bricks and mortar companies can relax; they’re not (apart from bookshops and record companies) about to lose their core business to irritating upstarts. Corporates aren’t spending too much too fast and when they do they’re all too aware of their spending power.

Recent history has also proved that having VC backing isn’t the holy grail it was made out to be. Oddly enough, it’s not necessarily on your side as a business, it’s on its own side, the side of maximum returns on exit. We’ve seen VC’s pull the plug on all those crap business ideas that could never work, but even many of the strong ones, the sensible businesses with realistic revenue projections, a solid business case and a confident growth path have had the carpet pulled, too.

The reason why the supporting funds fell away from these sensible businesses? Well, the VCs knew their exit would be delayed until the market returned and they knew they’d be waiting a while. Big businesses they’d been encouraged to base their business on were suddenly being penalised for not being able to support their own costs, not a subtle irony. So no VC.

Perhaps, no investment at all. Who would invest in a sector that hasn’t proved itself? One that currently performs at an apparent 100-to-one success rate, a business that seems to be as much based on convoluted rhetoric as ever? If you need it, investment is hard to find and it’s low in value, it’s cautious and it will take a long time to find and close.

The only viable route in a majority of cases is strategic investment. Many companies see value in interactive media but don’t want to throw money at building an internal department (which in most cases fail), or see cash soaked into high consultancy margins.

One answer to this is the joint venture or a strategic investment. Everyone’s a winner if you can pull off such a deal. For the (investing) company it delivers expertise and production on tap, for the consultancy it means work on tap, greater stability, an improved profile and more credibility.

Deeper than these advantages are knowledge, contact and contract sharing and other economies of scale. The greater the synergy, the greater the benefits accruing to each partner and the less each partner has to give away to make it work. Another fundamental benefit is that in such relationships the interest is short, medium and long term, rather than being fixed on a specific moment (like, for instance, the VC’s focus on going public).

This means that if a partner helps in any way, that’s great and if they can slowly build a strong, complementary business that’s great too. They’re not in it for a sale, they’re not trying to increase valuation by trying to build a story that will get the markets excited.

The only problem with such alliances might be that it only generally works for organically grown companies, starting small and proving its model every step of the way, keeping risk to a minimum.

The value of this kind of investment comes when there is synergy and some belief from both partners that it’s workable, that there’s a tangible return. Of course it’s never as simple as just having worth to trade, it’s also of course about healthy cultural integration and interaction. There are too many examples of such relationships going wrong because there’s too little empathy for one another’s value and process (see the countless lists of advertising agencies’ ‘digital media’ acquisitions and their subsequent performances.)

And what if you’ve got no backers or investors at all? Why would you start now?

Well, put it this way, on-line usage certainly isn’t going down. A Nielsen/ NetRating report conducted in the first quarter of this year found 22.6 million people in the UK with Internet access either through work (26 per cent) or at home (46 per cent). The global on-line population also came out at around 420 million people (based on a study of 27 countries).

Last year you would have built a consultancy to provide the widest range of services and you’d have sold as much of this as you could to every client who walked through the door. This year you don’t – you have the few key people who can cover the critical areas of the business, who work at the lowest cost and are acutely focused on returning maximum benefit for clients as soon as possible.

This year it’s about minimising overheads by cutting out extraneous parts, while broadening capability, flexibility and reach through partners and affiliates. All in all, it’s about sensible business practice.

Sensible business sounds boring but that’s a constant in every other creative business. You design a record cover that helps sell a record, you’ll get paid and you’ll probably pick up some more work somewhere else; if it’s crap you won’t.

With industry and clients alike starting to understand what works, it is actually a lot more interesting for any business that wants to test its talents against reality, as opposed to a VC’s criteria. And with the way the market is, there’s certainly enough talent to go around. It’s just the beginning.