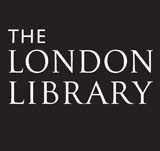 The London Library is rolling out its first branding and corporate identity programme since its inception 165 years ago, with an identity created by independent design consultant Ned Campbell.

The work is part of a broader modernisation drive that also includes a £25m architectural scheme by Haworth Tompkins. Both projects have been instituted by the private members’ library in a bid to project a more contemporary image that will help improve fundraising and attract younger members.

Campbell, formerly creative director at Wolff Olins, was appointed in summer 2004 without a pitch, on the basis of a recommendation. He says his preliminary work showed that the library ‘had no visual identity to speak of’.

‘There was no consistency in its communications. The library didn’t even have a consistent way to write its name; sometimes it was London Library, sometimes The London Library. It was really fundamental stuff,’ he says.

Campbell discovered ‘elements of a strong design heritage’ at the library, including a Reynolds Stone bookplate designed in 1951, which he was keen to retain. The challenge, he says, was maintaining this link with the past, while simultaneously promoting the organisation as ‘forward-looking and of the 21st century’.

‘The library had a bit of a dusty, dour, old men’s club image, but, in fact, it’s world class, in the Best of British category and the work aims to [represent] that quality and consistency,’ says Campbell.

He describes the new identity as a combination of classic and modern. The work employs Syntax as a core typeface and Campbell has introduced typographic ornaments common in books, such as borders and decorative flourishes, as an ‘essential part’ of the visual vocabulary.

‘The key is not to use these devices in the traditional way. It’s about playing with different scale, positioning and colour to give a fresh composition,’ he explains.

According to Campbell, the library’s members are typographically literate and it was important for the identity to deliver ‘typographical rigour’.

He has also updated the colour palette, which now includes contemporary shades such as bright pink and lime green, along with more traditional hues that evoke leather and wood tones, he adds.

The London Library is the largest independent subscription library in the world. Founded in 1841 by Thomas Carlyle, it is popular with writers and researchers and has counted literary giants, such as Charles Dickens, Rudyard Kipling, and TS Eliot among its members, though membership is open to all.

• Based in St James’s Square, London, it is the largest independent subscription library in the world

Put staff on the career ladder