Penguin Random House has revealed a refresh for The World of Peter Rabbit, in a bid to “futureproof” the brand for future generations.

First thought up by Beatrix Potter in 1902, the Tale of Peter Rabbit has never been out of print an remains one of the world’s best loved children’s stories.

In 2022, Penguin Random House Children’s will commemorate Peter Rabbit’s 120th birthday with a collection of celebrations. In preparation of this, the team engaged design studio CreateFuture to update the branding for the classic character. 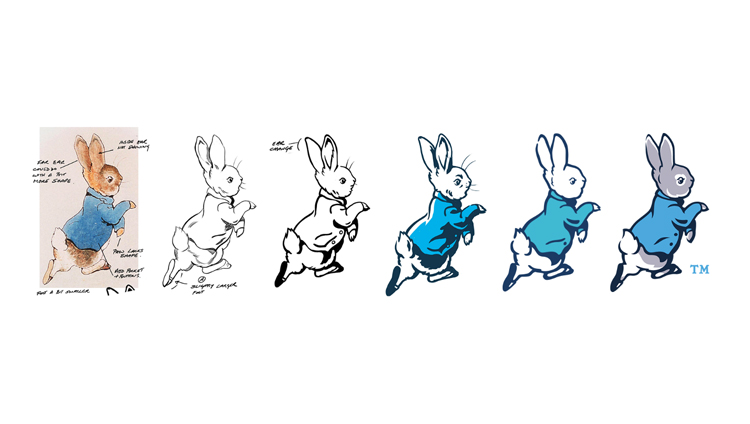 “We felt a real duty of care to Beatrix Potter”

While Potter’s illustrations remain “perfectly pitched for physical books”, Penguin art director Anna Billson says, in 2021 the need for digital applications is huge. This is why a refresh was needed.

The main challenge of the project then was protecting the brand, while also ensuring it could be used in a more modern way, according to CreateFuture creative director Dave Ward. “We felt a real duty of care to Beatrix Potter and the 120 years of memories held by fans,” he says.

A balance needed to be struck between “heritage and modernity”, Ward explains. To tackle the brief, CreateFuture worked with illustrator Chris Mitchell. Mitchell was tasked with reimagining Peter Rabbit in a way that could be used as a brand icon for the wider world, along with supporting illustrations. 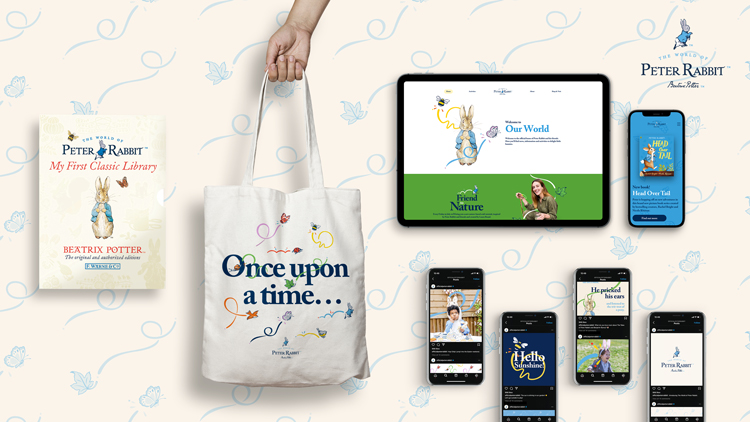 “Retaining the charm, mischief and character”

There were several requirements for the updated illustrations Mitchell explains. “Along with the accompanying animal icons, the illustrations had to be created in a contemporary solid line vector style to feature across multiple platforms and touch points, with clarity of craft at all reproduction sizes,” he says.

Moreover, each illustration needed to “retain the charm, mischief and character” associated with the originals he says. To ensure this, the team drew reference from early source material, including Potter’s original watercolours.

It was a unanimous decision between the team that the logo needed to depict Potter’s most classic image of the “running rabbit in a blue jacket”, Ward says. The simplified vector version of the rabbit, he says, is the first of its kind in Peter’s 120-year history.

He adds that where possible, elements of these early sources have been added into the new look. The title font of the first edition of The Tale of Peter Rabbit, for example, has been redrawn and is used in the identity. Meanwhile Beatrix Potter’s signature is included in the logo. 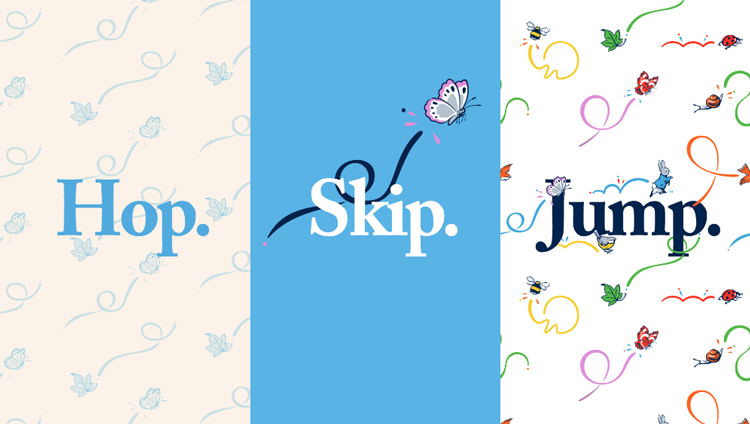 Beyond the logo, Ward explains an “intuitive” design system has been developed so that future users of the brand can do so effectively. This was done because Peter Rabbit can have different meanings to different people, he says.

“The Peter Rabbit that appears on a new-born’s baby grow does not have the same energy as the mischievous Peter Rabbit that causes trouble in Mr McGregor’s garden,” he explains. To solve this, the design system delineates three different levels of energy which can be used when appropriate.

The three levels are labelled “Hop”, “Skip”, and “Jump”. For more subtle, calm depictions of the rabbit, the “Hop” system will be used. This is more subdued, and has a focus on animals and pastel colours.

One level up, for a slightly more energetic portrayal, “Skip” uses brighter colours and bolder illustrations. Finally “Jump” is to be used where the mischievous rabbit is out in full force, and uses multiple colours, animals and motion lines.

“In this way, the appropriate Peter can be used across all applications,” Ward says. 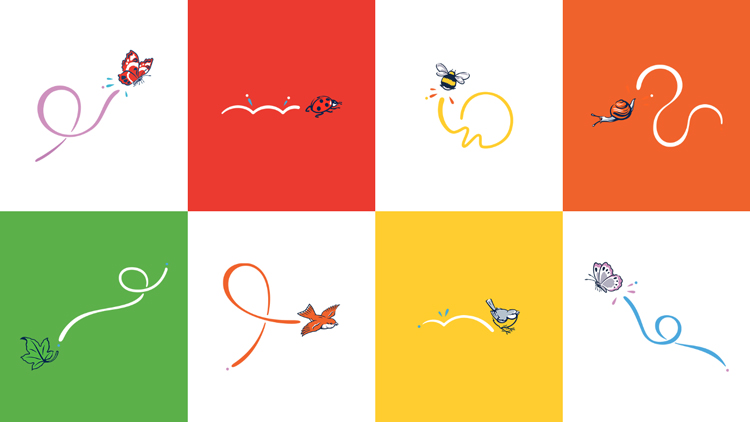 What do you think of Peter Rabbit’s new look? Let us know in the comments below…