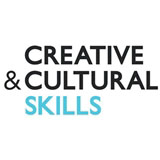 The design industry is the target of a scheme to recognise the value of paid apprentices, under plans being pushed by industry body Creative & Cultural Skills.

The Creative Apprenticeship programme has received backing from the Minister for Skills, Phil Hope, who has allocated £400 000 to develop a pilot scheme for placements with employers.

The CCS will also consult with each of its sectors to help develop a formal Creative Apprenticeship Qualification, which is equivalent to an A-level, that will launch in the latter part of next year. For design, this consultation will be organised by Annabel Praeger, industry skills director for design at the CCS.

It is hoped that design consultancies will embrace apprenticeships as an alternative to graduate placements. But, according to CCS apprenticeship manager Sacha Corcoran, the design industry has been slower than other sectors to show interest in the programme. ‘At the moment, we are looking for ten apprenticeships in design from two London colleges and have found just one,’ she says.

Unlike graduate placements, the Creative Apprenticeships will be paid, usually in the range of £90 to £140 per week, and will run for between 18 to 24 months, as a formal term of employment. ‘Design and advertising are only interested in graduates,’ adds Corcoran. ‘Many consultancies don’t see why they should pay for an apprentice when they can get a graduate for free.’

Corcoran argues that introducing young people from non-university backgrounds would bring diversity to the creative industries’ workforce. ’95 per cent of the workforce [of CCS-covered industries] is white and middle-class. This is about the way you recruit and diversify your workforce,’ she says.