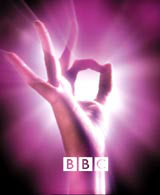 Greg Dyke has already banned biscuits and restricted the use of taxis at the BBC. Now the corporation is putting together its first official design roster in an effort to cut costs (DW 13 September).

BBC marketing manager brand communications Danella Weir says she is ‘aware that design [at the BBC] is not being managed in the most cost-effective way’.

‘We want to put a more formal structure in place where costs can be accounted for up front,’ she adds.

She will not disclose the corporation’s existing design spend, but says one of the driving forces behind the creation of a roster is a European Union public procurement directive. The BBC exceeds the level set by the legislation across Europe for spend on ‘procured products’, such as design for public organisations.

According to BBC procurement specialist Rebecca Reynolds, the level set by the directive is £144 000. If the value of an individual contract exceeds this for a period up to five years, a contractors’ roster must be drawn up.

The BBC could do well to look to both public and private sector companies for inspiration.

Prior to establishing its roster in late 1999, Tesco was spending around £8m a year on design. It now spends £4.5m, a saving that would keep even Dyke happy.

And a second public sector company, Consignia, formerly The Post Office Group, set up its roster in the mid-1990s to ‘control how the brand was represented’ and ‘obtain greater efficiency in our budgeting’, says Consignia head of brand Sarah Larvor.

‘The Royal Mail was not buying design sensibly,’ says Larvor. Since setting up the now 13-strong roster, its overall design spend has decreased, she says, but she declines to give precise figures.

However, its ‘tactical’ roster covers an expanded range of design disciplines with an estimated total contract value of £30m over five years (DW 29 March).

The European guidelines apply to Consignia too, as it is still a public-sector organisation. Although it is a publicly limited company, its shares are Government-owned.

According to Larvor, the regulations oblige Consignia to tender its design work to ‘any potential external contractors’ across the EU.

‘If we tendered design work out job-by-job, it would be extremely time-consuming,’ says Larvor. ‘The only way to manage the purchase of design yet still comply is to set up a roster by initially holding competitive pitches.’

Groups on Consignia’s roster will have an initial run of three years with the option of extending for a further two, like the BBC.

Cost was not the driving force behind Superdrug’s design roster, which was established in 1996, says design team manager Neil Pedliham.

However, before it was set up no one at Superdrug knew what each department was spending on design, he says. ‘We found ourselves buying design several times over in the life of a particular product, when we should only have been paying for it once,’ he says.

‘Financially, it makes sense to work with smaller teams of consultancies. It is a more efficient way of working as it takes less time to brief [consultancies] and they are already familiar with the brand’s values,’ says Pedliham.

Tesco head of design Beverley Churchill agrees. Tesco established its roster for several reasons, not least the desire to reduce the number of consultancies it works with.

Before 1999 the supermarket chain worked with nearly 50 consultancies ‘all claiming to be on the roster’, says Churchill. Seven consultancies now undertake all the work.

‘It is easier to manage a smaller number of consultancies and more profitable for them,’ Churchill explains.

The financial success of Tesco’s roster is partly due to the introduction, at the time the roster was set up, of a new brand strategy, says Churchill.

‘Stricter brand and design guidelines have reduced the need for such regular product redesigns, and have made a huge impact [on the bottom line] by slowing the rate of unnecessary design spend,’ she explains.

Weir is not ruling this type of strategic move out at the BBC, but says it is too early to start thinking about the wider implications of establishing a roster. She says tighter brand guidelines would be a positive result from, rather than a driving force behind, a roster.

In terms of size, Weir says it is too early to estimate how large the BBC’s roster may be.

‘We are seeking a handful of on-screen identity specialists only, but considerably more consultancies for the “major strategic projects” and smaller “tactical projects”,’ says Weir.

Clearly, cost is just one factor driving the BBC in its decision. It has been consolidating its work with external agencies into rosters for a while, starting with advertising, according to Weir.

‘Design was our next priority and we knew it had to be done,’ she says. ‘But we can only set up one roster at a time.’ She hopes to issue briefs to shortlisted consultancies by October or November, with a view to having the roster in place early next year.

Creativity and quality of design are, of course, core factors in setting up creative rosters. Churchill says Tesco wanted ‘better, simpler and cheaper’ design work, which is surely the aim of the BBC.

Jam venture goes Beyond the Box