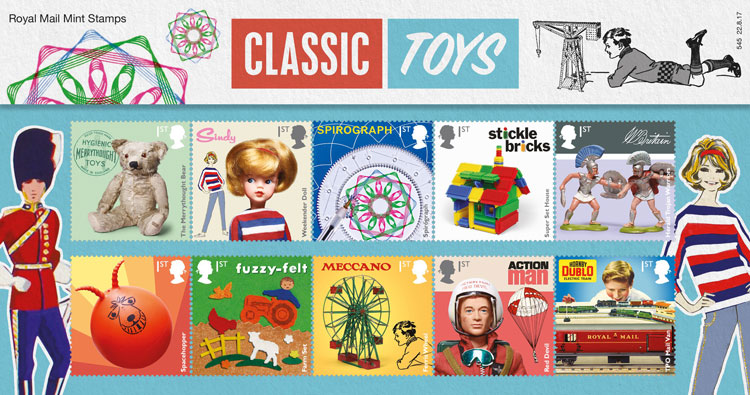 Royal Mail has unveiled its latest stamp collection, featuring 10 of the most notable British toy designs from the last century.

The process began with Interabang’s design team sourcing original versions of the toys, which came from websites such as eBay along with some private collectors.

Each of the 10 toys arrived at the consultancy’s offices in their original packaging, which in turn influenced its design of the stamps, says Interabang director Adam Giles.

“For graphic designers, the graphics and packaging are as iconic as the toy itself,” says Giles. “The stamp design is about the toy, but capturing the essence of the world of the toy as well.”

Alongside photography of the toys by John Ross, the stamps also include details from packaging, branding and other accompanying materials, with the aim of expressing the “excitement and theatre” of opening up a toy for the first time.

For instance, the Space Hopper stamp features a sunburst pattern backdrop taken from the box it came in, and the Action Man includes an illustration of a parachutist from its original instruction manual, while Sindy Doll comes with an accompanying illustration that evokes the spirit of the “swinging Sixties”, says Giles.

Other stamps in the collection take on a “digital collage” effect, where the design team has married the original designs with a modern twist. The Spirograph stamp matches the stencil pattern seen on the toy’s original box, but has been recreated using the game itself and then photographed, while StickleBricks’ logo uses photos of individual pieces as the “i’s” in its name.

Interabang has also designed an accompanying first day cover and presentation pack, which are based on “visually rich” vintage toy catalogues, says Giles.

The presentation pack includes a mini essay that tells the hidden design stories of the toys, such as the fact that the Merrythought Bear has been handmade in the same sleepy village of Ironbridge in Shropshire since the 1930s, and Fuzzy-Felt started out as the material used in the production of tank gaskets during the Second World War, with the small offcuts being given to the factory workers’ children to play with.

The Classic Toys stamp set and associated products are available from Royal Mail’s website and Post Offices across the UK. 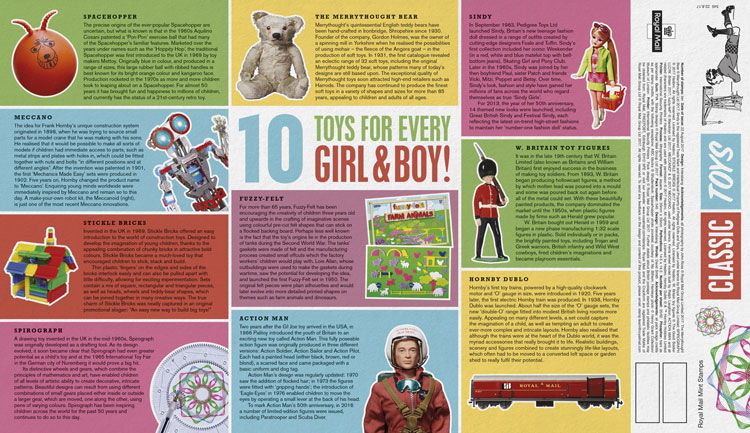 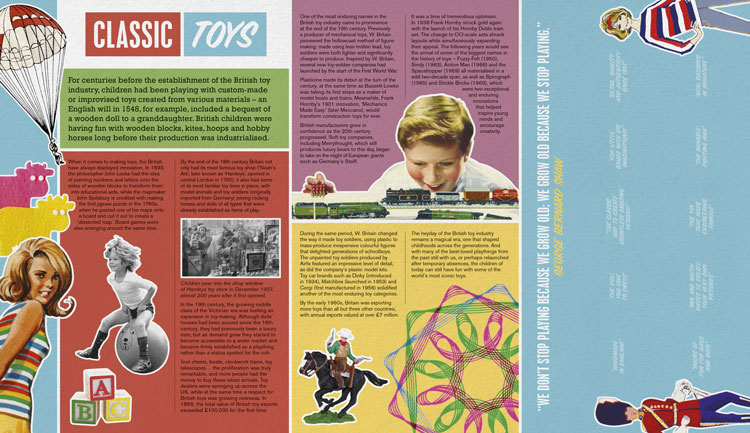 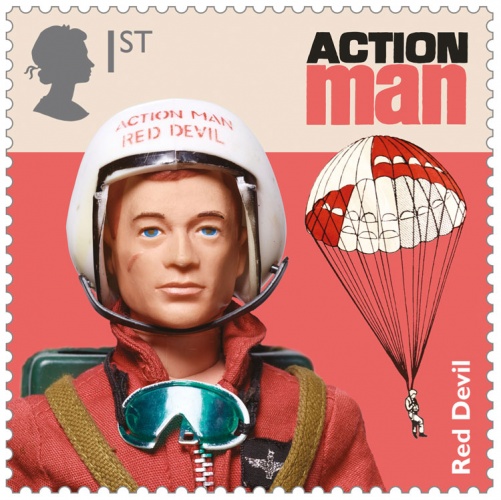 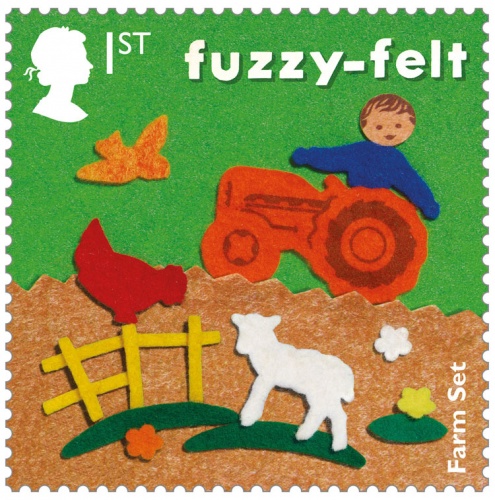 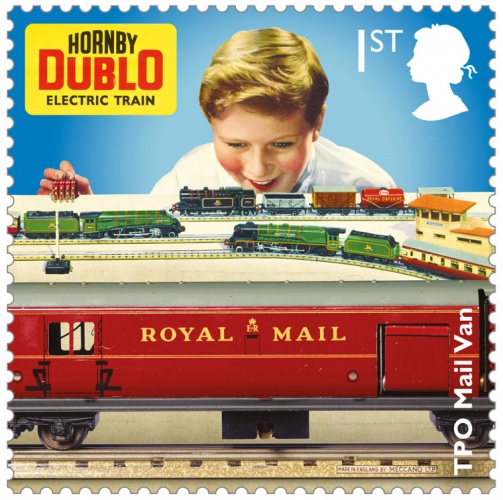 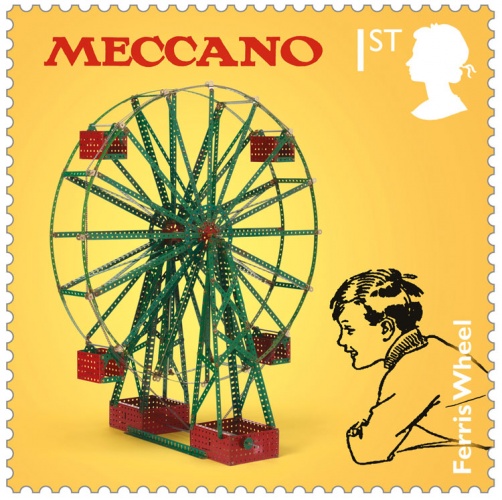 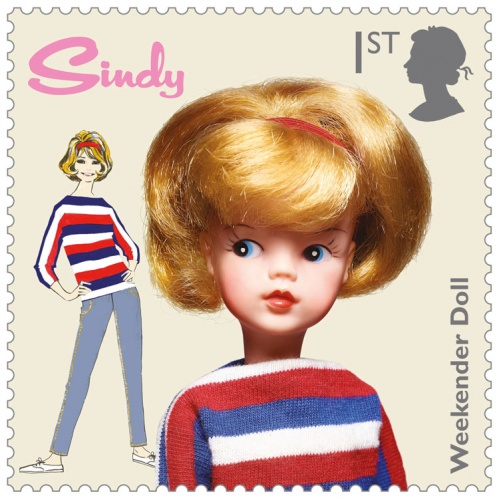 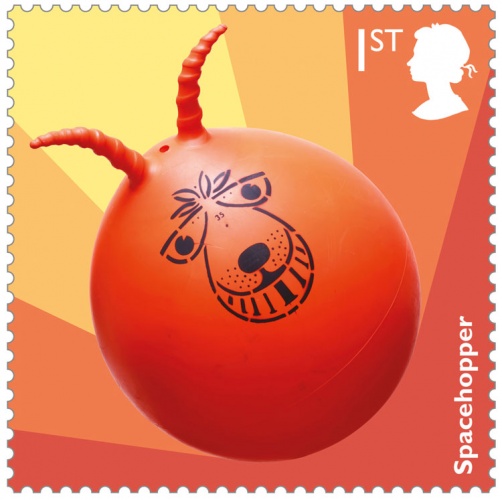 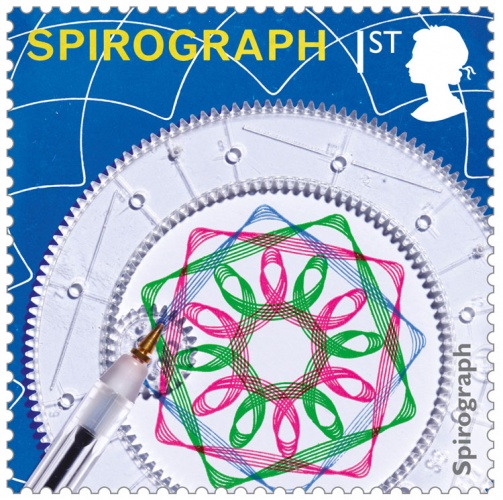 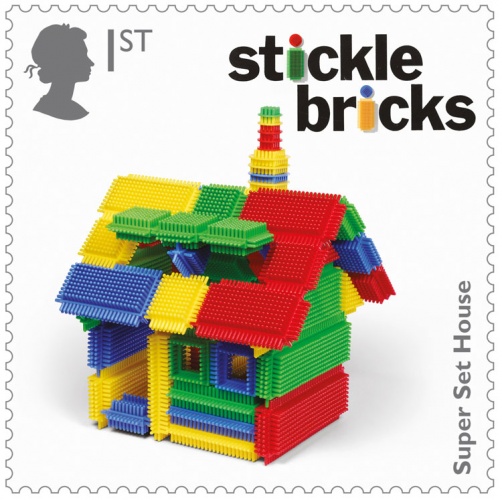 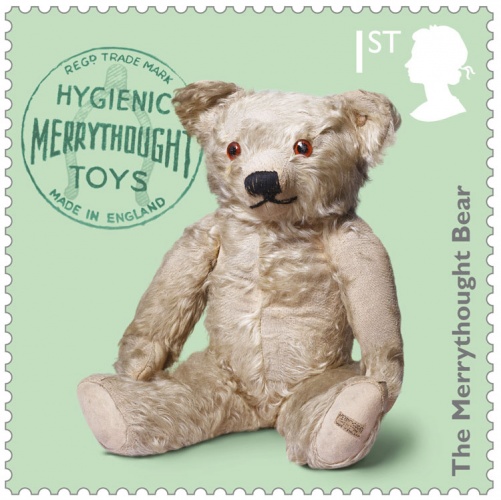 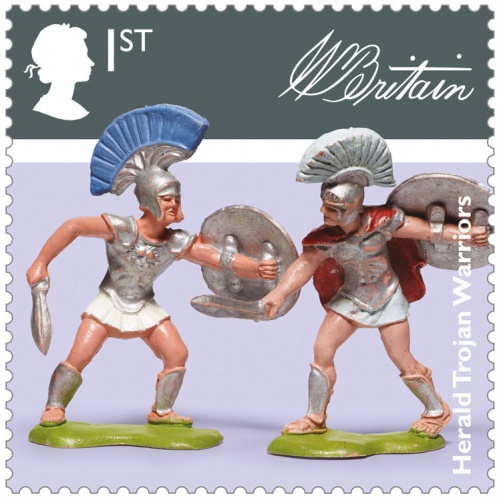